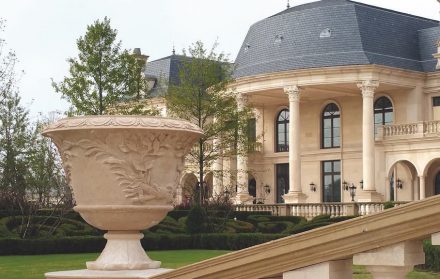 In the 1990’s someone said that by 2020 Europe would have morphed to a type of recreational park: Its industries would have moved to Asia, from whence solvent tourists would flood the streets of Rome, London and Paris to imbibe history and culture of the old world.

That this did not come to pass is due, at least in part, to the fact that Europeans put their money on R&D of new products and services. But interesting production concepts are currently in place, which have turned the prediction into a type of working model.

Xiamen-based GLS Stone Products, e.g. supplies the local market with natural stone originating from France and sells it as a type of souvenir. „Many Chinese people travel across the world and they return from France with memories which we can transpose in French limestone“, according to the founder of the company Laurent Sebban, explaining his business model. 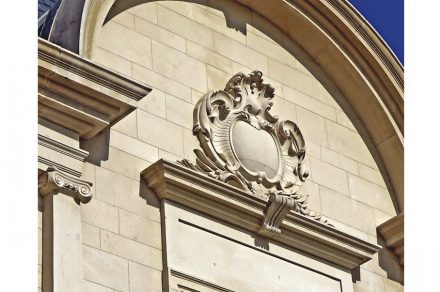 Models for these projects are the sculptures in and around Versailles, the décor around the Louvre Museum, or the sheer elegance of Paris’ limestone façades to name but a few. 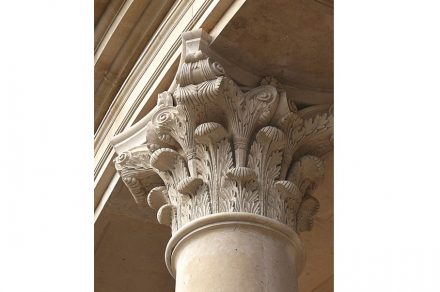 Laurent Sebban concentrates not on flooring or cladding for façades but on detail belonging to the original.

This is the second central point of his marketing concept: he imports only the raw material to China. The sculptures and décor are carved and worked locally in China by his Xiamen-based company. 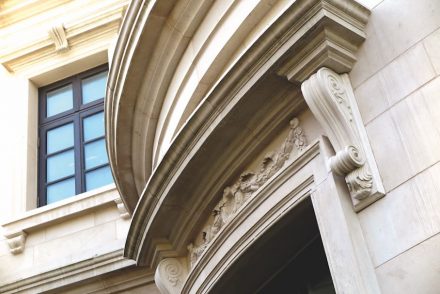 With this model, he circumvents two problems which the West experiences in trading with China: one is the high import tariffs on value-added natural stone products and the other is the chance of having raw blocks return to the site of origin some day in the form of e.g. kitchen counter tops.

But what about finding skilled craftsmen to carry out the complex work of an ornament or a relief? „I had to teach and train my craftsmen myself“, he says.

By and by his team has grown to 20 trusted craftsmen including sculptors and stonemasons. The machinery is state of the art. 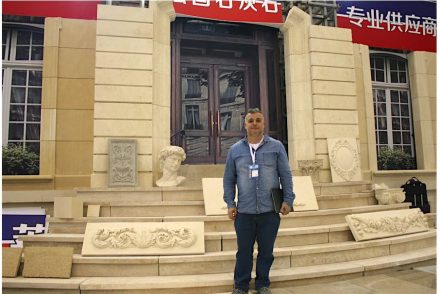 Laurent Sebban grew up in Paris from whence he moved on to Southern France and finally to Los Angeles where his stonemason-uncle lived. In 2004 he founded an enterprise in China together with a partner and has been running the company on his own since 2008 near Xiamen. „It was not easy at first“, he recounts, „but when I set my mind to something, it always gets done – if not today then tomorrow“.

The French Trade Magazine Pierre Actual published a report in which the path of GLS Stone toward more than a recreational park was circumscribed: „Once more, French stone benefits from refinement and quality distinguishing our Country in general and Paris in particular“.