Accused companies: our quartz composites DO NOT contain hazardous materials! 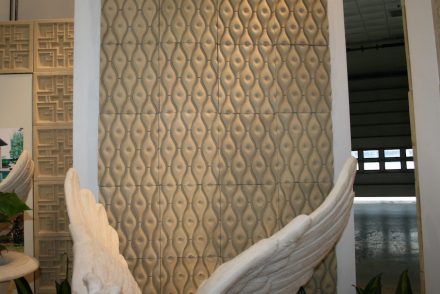 The owner of a stonemasonry workshop in Versailles had samples analyzed and found Cadmium / Cosentino and Stone Italiana sent a clear statement to Stone-Ideas.com

France’s stonemasons were agitated in the last months: one of their own, Philippe Ledrans, manager of Marbrerie des Yvelines (MDY), Versailles, solicited a scientific research institute to analyze the content of various quartz-composite materials. The results were disconcerting: a number of samples showed extremely high levels of substances of concern (SOC), among them the toxic element cadmium. Higher than acceptable levels were also registered for zinc and copper.

Meanwhile, a court in Versailles has issued a restraining order precluding Philippe Ledrans from propagating the allegations in his blog or the social media.

The accused companies, Cosentino and Stone Italiana, have rejected the allegations in clear statements sent to Stone-Ideas.com (see below).

Trade Magazine Pierre Actual tallies up the current status in its April issue (4/2017) as follows: the Institut de Recherche et d’Expertise Scientifique (IRES) in Strasbourg found a breach rules for three components:
* stonemasons and kitchen craftsmen who cut countertop slabs, could be exposed to a much higher concentration of SOC emitting from the silica dust, than they are already exposed to;
* disposal of the dust or rinsing water could pose a problem, if the material contains SOC and the dust is to be classified as hazardous material;
* from the client’s point of view, bringing comestibles in contact with the slabs in question, e.g. release of toxic material when a hot pan is placed on the countertop;
* the production of raw slabs poses the question health hazard.

A list of other heavy metals contained in the samples and classified as „potentially dangerous substances“ compiled in the investigation report includes:
* volatile organic compounds (VOC);
* polycyclic aromatic hydrocarbons (PAK);
* phthalates…
Director of IRES Vincent Peynet poses the question of connectivity between high cadmium content and colors or pigments used.

Now for the flip-side: Pierre Actual interviewed the managing director of A.St.A. (Agglomerated Stone Association of Europe), the umbrella organization representing producers, Pierpaolo Tassone. He points out that members submit their products to analysis: „All our members have earned the Greenguard seal of approval“ issued by the American National Science Foundation (NSF). Other seals of approval include „Food Zone“ issued by the Australian Hazard Analysis and Critical Control Points (HACCP) and „Hygiene tested“ by the Bavarian LGA Quality Control, according to Tassone.

As far as labor protection and health of stonemasons and production workers is concerned, member companies „proactively“ issue directions for working the material which go well above and beyond the legal requirements.

He also criticized the IRES analysis report mostly because the Strasburg Institute analyzed pulverized material samples. The process of pulverization alone could have caused impurities to infiltrate the samples.

A Versailles Court has issued an injunction forbidding Pierre Ledrans further publication of his accusations online. He was ordered to publish the preliminary injunction on his home page by the court.

The injunction accuses Ledrans of deliberately spreading negative information on quartz composites in his blog. He was aware of the fact that a second evaluator whom he hired had voiced skepticism at the result of the analysis. The Direction générale de la concurrence, de la consommation et de la répression des fraudes (Office of prevention of unfair and fraudulent competition in consumer goods, DGCCRF) had criticized the testing methods applied in Strasburg which, so the allegation, had nothing in common with real kitchen conditions.

There was also no proof that the samples analyzed had not originated from producers in the Far East, plagiarizing Consentino and Stone Italiana products.

The court thus issued the injunction on the basis of Philippe Ledrans method of publication, even against better knowledge.

It did not judge on the actual question of health hazard emanating from quartz composites.

Stone-Ideas.com had therefore contacted Cosentino and Stone Italiana and asked for a clear statement concerning the allegations. Both clearly say that their quartz composites do not contain hazardous materials:
Statement by Cosentino
Statement by Stone Italiana