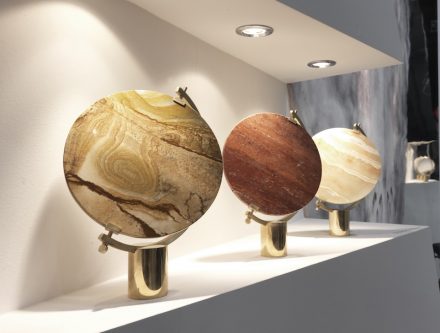 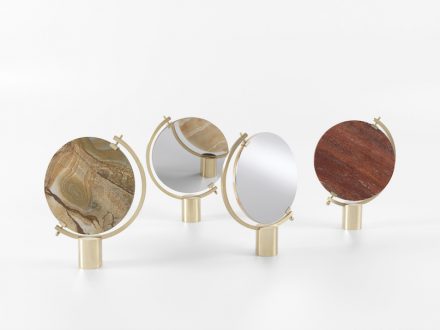 Italian-based JCP has perfected the art of bringing out the beauty of natural stone for household products to a T. The round vanity mirror „Naia“ have a conspicuous back available in various types of marble. Seen from a distance, one might mistake them for globes emulating planets in outer space. At the 2017 Salone des Mobile Trade Fair JCP presented its wares alongside a haiku by poet Alistair Gentry: „She brushes her black hair / Looking into her own eyes / And planets are made“. 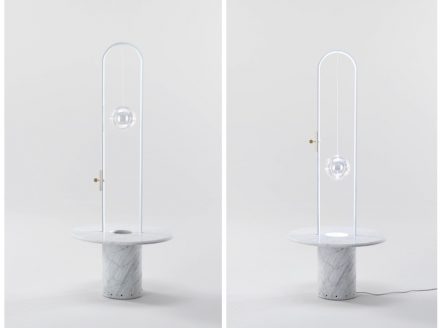 „Surande“, JCP’s floor lamp also does marble justice in its implementation: the mass provides a solid stance, whereas the platform above it can be used as an extra shelf. The beam of light is directed toward a dome resembling a pac-dot which spreads the rays.

JCP was founded in 2015 and „aims to change the design status quo in a revolutionary way“ according to a press release: Objects created by CTRLZAK Design Studio place primary importance on aesthetics.
The objects also define the company’s clientele. 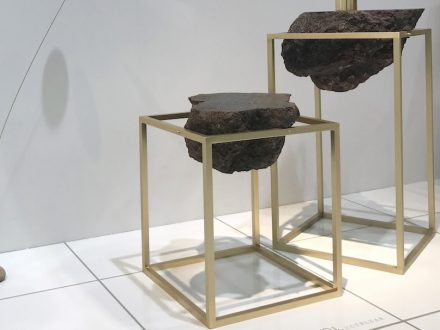 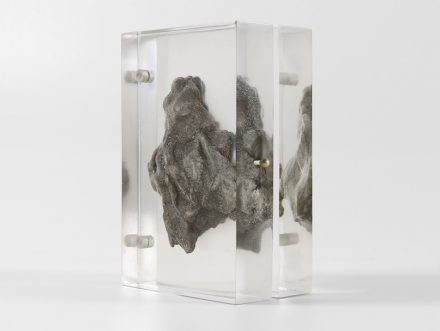 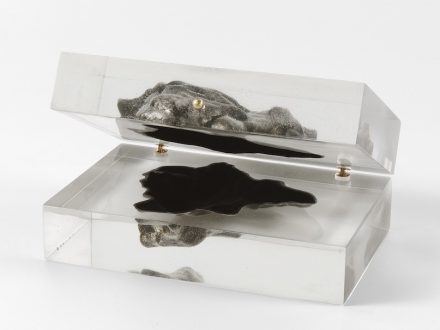 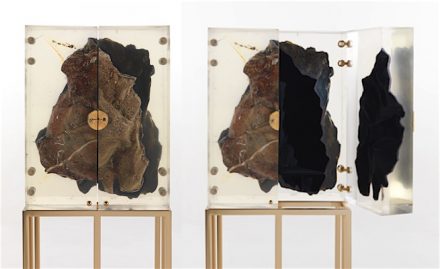