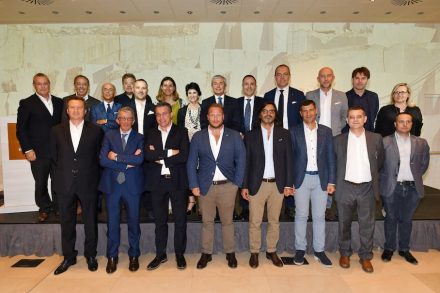 Confindustria Marmomacchine, the Italian association of producers of marble, granite and other ornamental stones and makers of machines, tools and equipment held its general assembly on June 15th, 2017. More than 170 participants out of the 320 members came together in Milan.

Latest statistics were presented which show a recovery of the sector’s exports after a decline in 2016: in the first trimester of 2017, stone products with a value of 434 million € were sold to foreign customers which is a +5,8% compared to the year before. The decline in the complete year before had been (-)5,6%.

Machinery producers even had a +32,1% growth reaching 292 Million €, according to the Centro Studio, Confindustria Marmomacchine’s research institute.