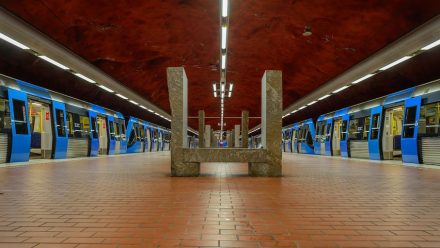 In the Skarpnäck Station of Stockholm’s underground travelers can view granite sculptures in a row by US-American sculptor Richard Nonas. His works made of wooden beams, stone or steel are exhibited in many sculpture parks.

Marble dust in a jar serve Selce Studio Designers to vary the brightness of lamps.

New in our calendar of fairs for Design/Interior-Design/Lifestyles is the Monaco Yacht Show.

Architectural Record magazine has again published its list of the 300 architectural firms in the US with biggest revenue.

A white marble bust of Queen Victoria has been placed under a temporary export ban as it faces the prospect of leaving the UK, the Royal Central webpage informs.

„Natural Stone Carpet“ is the name Australian-based DWR Industries gives their flooring comprised of tiny pebbles. The flooring has the appearance of terrazzo. 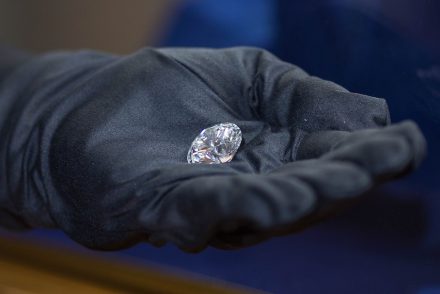 „Dwell“ magazine has published a gallery with examples how to use marble in the kitchen.

The film „Song of Granite” about the life of folk singer Joe Heaney, is Ireland’s selection for best foreign-language film at the 2018 Oscar Awards, Variety informs.

Soapstone „will replace marble and granite“, a webpage writes asserting that the information originates from the Natural Stone Institute.

In England discussions about a road tunnel close to the Stonehenge site go on, although the project was shifted a bit more distant from the monument.

Video of the Month: Dolomieu Company’s film presenting its Apple MacBook stand made of solid marble is very elaborate. (1, 2).