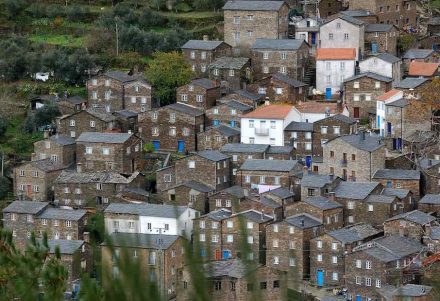 Piódão is the name of a Portuguese village famous for its slate houses. Some 70 citizens care for the architecture. Piódão is one of 12 historical towns (Aldeias Históricas) in Portugal (Portuguese).

The STONEX Canada Trade Fair for Natural Stone, Ceramic, and Tiles opened its doors to the public in Toronto for the first time this year. It was attended by 158 exhibitors originating from 14 countries as well as 2500 visitors. The next event will take place November 28 – 30, 2018 co-located with The Buildings Show (1, 2).

Exports from Turkey to China in the 8 months from January to August 2017 were up by 38% relative to the same period one year prior amounting to 625 million US-$ according to daily newspaper Hurriyet.

Marble colored fruits and other accessories made of stones are available from Italian 53.0. company.

Tecglass is a Spanish Company which prints images of stone slabs on glass surfaces to emulate translucent stone.

As a new brand in Italy’s stone sector was created Verona Stone District.

To embellish the city of Hanoi in the North of Vietnam degraded sidewalks are being paved with natural stone.

Index Indonesia in Jakarta is a fair which we have added to our calendar of trade shows for Design/Interior Design/Lifestyles.

In a report about US-President Trump’s first speech at the United Nations General Assembly CNN recalls a tweet on Twitter where Trump had expressed his dislike against the Emerald marble cladding the podium behind the speaker (01:00).

170 stones from 58 Russian regions will be used in the „Wall of Grief“, a monument remembering the Soviet repression and the Gulag, Tass news agency reports.

Video of the Month: a gallery of aerial photos of Brasília can be seen on Joana França’s Webpage.