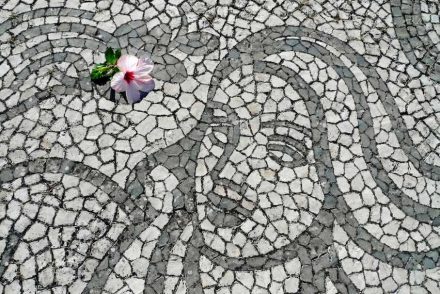 Anywhere Portugal was actively trading since around 1500, it left its telltale footprints in form of the famous black and white mosaic pavement adorning public places and streets, known as Calçada Portuguesa. Artist cum photographer Ernesto Matos, in cooperation with poet António Correia, has a book on the subject bearing the title „Lux Platearum“, or „Street Light“, referring to the many surprises awaiting pedestrians: „During daylight hours the paved surfaces spread sunlight whereas when the sun sets, they continue to glow in the hearts of the beholders“ according to a book review.
Lisbon, Portugal’s capital city, has been pondering the idea of seeking the status of UNESCO World Heritage for its mosaic paving for some time now.

It is thought that the Romans originally introduced the art of mosaic paving to the Iberian Peninsula where Arabian geometric décor was added to the craft. It is recounted that from 1840 to 1846 Eurébio Furtado, Lisbon’s prison director, who possessed a keen sense for aesthetics, had the entrance to his correctional institution elaborately paved: he chose a zig-zag design altering between light and dark stones.

Lisbon’ municipal leaders found the idea convincing and decided to have the Dom Pedro IV-Plaza paved in Rossio, an undulating design extending over a surface of 8700 m².

Dark basalt rock was used altering with light limestone quarried locally. Paving was carried out by the „Grilhetas“, a term reminiscent of the foot shackles worn by prisoners or yore.

The paving suddenly became popular all over Portugal and, in many cases, new motifs recounting moments in local history found their way to the paved sidewalks, e.g.: caravels, stars or dolphins, as Ernesto Matos describes.

On completion, the entrance to the Manaus Opera House, built in the middle of Brazil’s rainforest and colonial territory, was adorned with an undulating design from across the Atlantic. 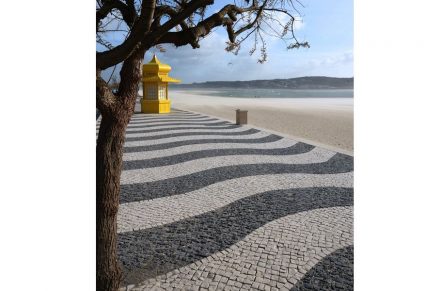 Soon after, Rio’s Copacabana was also decorated in mosaics, and Walt Disney picked up the idea in his live-action animated film „Saludos Amigos“, in which Donald Duck was taught to dance the Samba and made his first encounter with Cachaça, a Brazilian distilled spirit. The film was produced and released during the 2nd WW with the aim of loosening South Americans’ ties to fascist Europe.

Ernesto Matos has captured the interest of readers around the world and shows pictures of mosaic paving from San Francisco to Macao. He also gives a short description of the craft.

Antonio Correia renders poetic accompaniment to the photos.
More recently multi-colored stones have been used for paving – breaking with the traditional black and white.

A review poetically recounts: „The book brings together words (palavras) and stone (pedras) and crosses pen and hammer to create a new, exciting combination between work of the poet and creativity of the paver.“

The book is published in three languages: Portuguese, English and portions in Chinese. 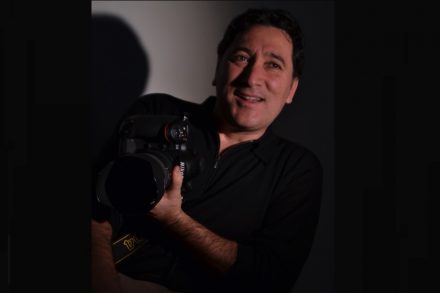