Stone objects by Gonzalo Fonseca at the Noguchi Museum in New York City until March 11, 2018 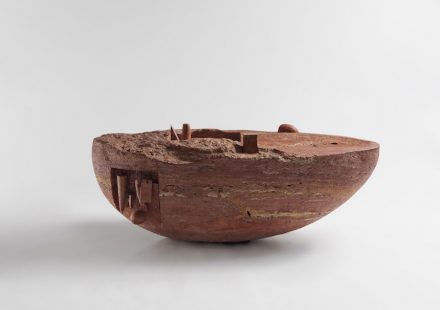 Uruguayan-born artist Gonzalo Fonseca tended to work in two types of stone: found pieces of architectural limestone and brownstone refuse and rough pieces of marble directly elaborated in the quarry. 80 of his works in stone carved in studios in Lower Manhattan and Seravezza, Tuscany complemented by a selection of drawings and sketchbooks are on show until March 11, 2018 at the Noguchi Museum in New York City.

The objects range from the mid-1960s to the 1990s featuring fountains, a monumental tower, or a large wall-relief, to a variety of small stone blocks with special arrangements, and other objects. „In all of these, we see Fonseca (1922–1997) seeking a universal language of form with which to construct a Swiftian universe of imaginary civilizations“ according to the museum’ press release. Fonseca had studied in the Montevideo workshop of Joaquín Torres-García and later traveled extensively throughout South America, the Mediterranean, and the Middle East. 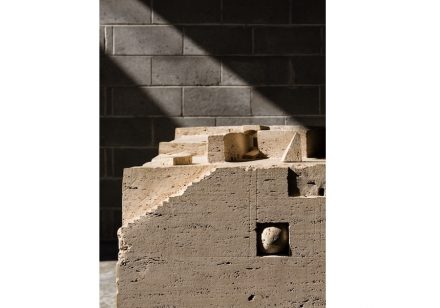 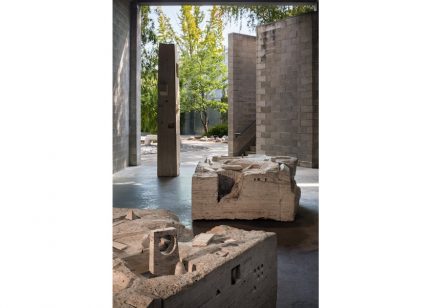 „There are boats, such as The Regent (1975–77), which, like an eighteenth-century frigate 10,000 miles from home, is for all intents and purposes a self-contained universe.“ 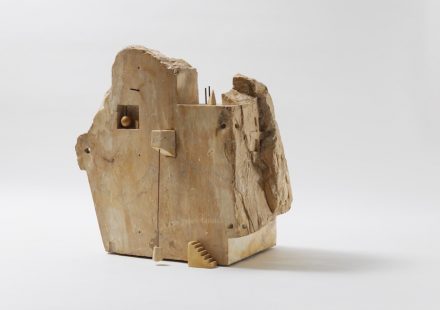 „In House of the Pendulum (1976), for example, a work in Siena marble, Fonseca’s ability to evoke the sublimity of mountains in tabletop sized blocks of stone, as well as his obsession with the engineering required to shape mountains, are on full view.“ 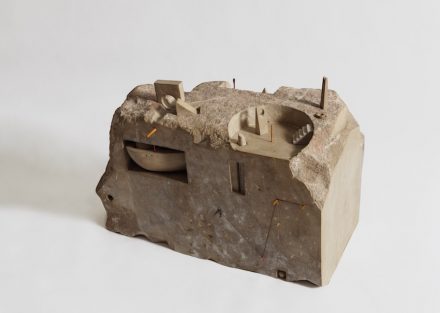 The exhibition „The Sculpture of Gonzalo Fonseca“ is part of the Museum’s ongoing efforts to illuminate the many contexts in which sculptor and designer Isamu Noguchi (1904–88) worked, and to encourage the broadest possible understanding of his vision. 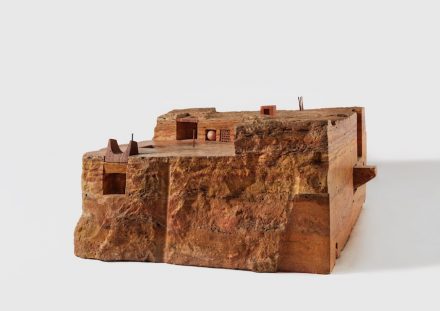 Curator Dakin Hart says, „Like Noguchi, whom he met in New York or Italy probably in the early 1970s, Fonseca was a globe-trotting world-builder, in love with stone as an index of human civilization, from the geological to the archaeological, the architectural to the mythic.“

In the last two decades of his life, Fonseca divided his time between New York City and a disused quarry in Seravezza where he created many of his pieces. 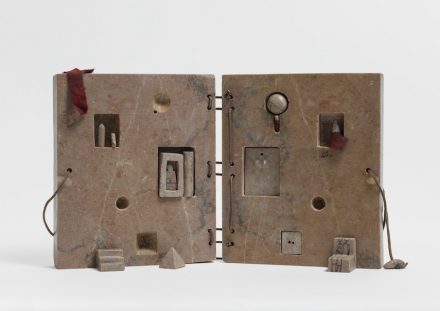 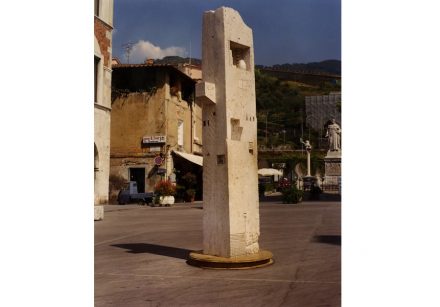