Refurbishing marble and its imitation in Lithuanian’s National Library 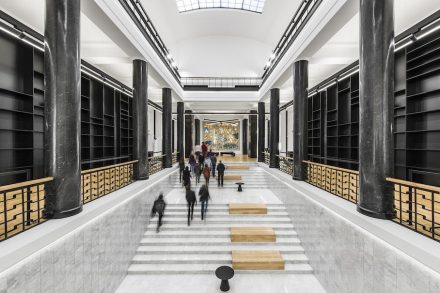 Much of Lithuania’s history can be found in the Vilnius National Library, whose restoration was completed in September 2016. Integrating modern requirements in the heritage building was the true challenge. The project was headed by Jungtinės Architektų Dirbtuvės Architects with Studio 2XJ responsible for interior design.

Construction of a national library had been decided and decreed in 1919.

But shortly thereafter the project was halted when Polish insurgents occupied the country, followed soon after by the Russian rule, and, German occupation under the Hitler regime. Finally, Lithuania fell under Soviet rule and became part of the USSR.

Construction was decreed again in 1951. Stalin, who saw himself as „the architect“ of his Dominion, favored building the library in the neoclassical Greek Revival style („Socialist Classicism”), which became a hallmark of Socialist architecture. 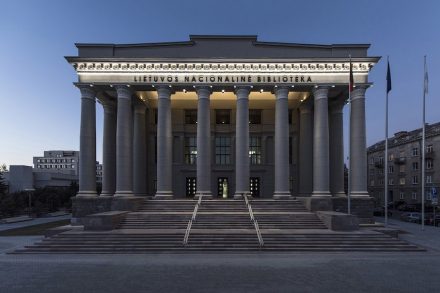 Construction was slow and cumbersome until 1963. In the course of „de Stalinization” Khrushchev, who had taken over power in Moscow and saw his role as that of „builder“ of the Nation, gave the architectural commissions more freedom allowing for a Modernist Style.

Lithuania regained its independence in 1990. In 2008 the Parliament decided to refurbish and restore the run-down National Library. But the issue of heritage conservation remained difficult: information on the types of stone originally used, had long since gone missing.
Research in the national archives also provided no further enlightenment: marble – mostly black, white, and red was built into palasts, churches and cemeteries in Lithuania for centuries but there was no one favored quarry or source. Some stone was imported from Poland, Italy, and Belgium. 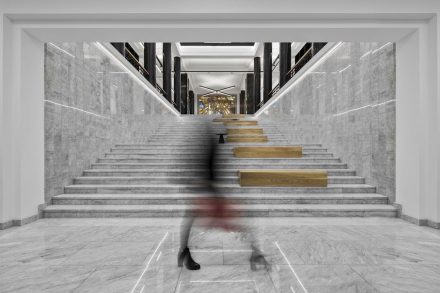 The opulent entrance hall of the National Library has a white marble stairwell. Flawed parts were replaced by optically similar stone. 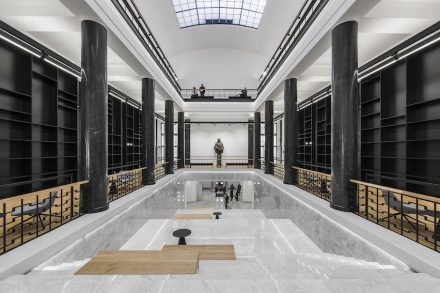 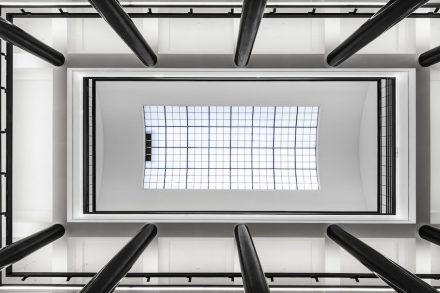 The opulent free standing and relief columns dispersed over several stories are marbled stucco (Stuccolustro). Post restoration they once again shine in their original glory and are hardly distinguishable from the Real McCoy.

On the interior of the six-story building, architects clearly separate old and new. Joint working areas, cafeteria, conference rooms, cinema and the day care center are, albeit, integrated in the modernized planning. And the old furnishing has also been restored.
But the new furniture is clearly distinct in its uniform black design chosen by Studio 2XJ.

The price tag for modernization and refurbishment reads just under 26 million € provided in part by European Union funding and in part by the national purse.

Since 1989 the library bears the name of Martynas Mažvydas, the author of the first book published in Lithuanian.

Lithuania is the most southerly of the three Baltic States and is contained by Latvia and Poland in the north, and Poland and the Russian oblast Kaliningrad in the south, as well as Belarus on the eastern border. The western border is delimited by the Baltic Sea. The county’s population is some 2.8 million on a surface of 65,000 km² which is roughly twice that of Belgium or equivalent to West Virginia. 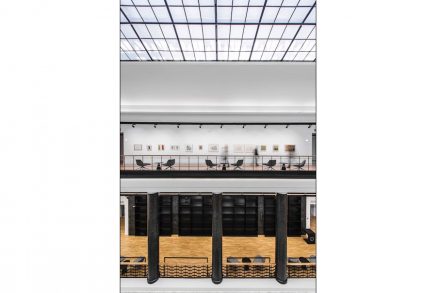 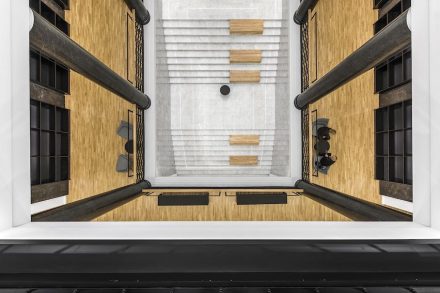 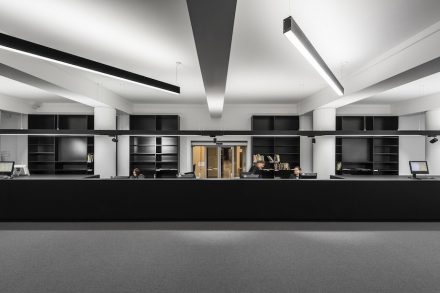 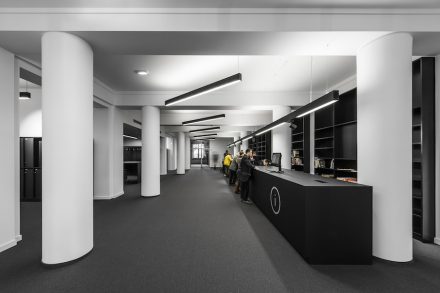 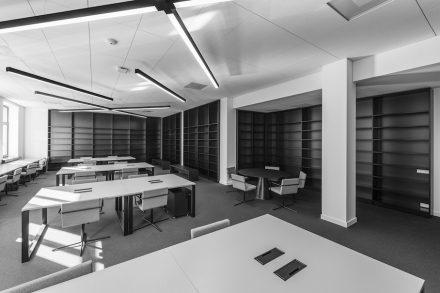 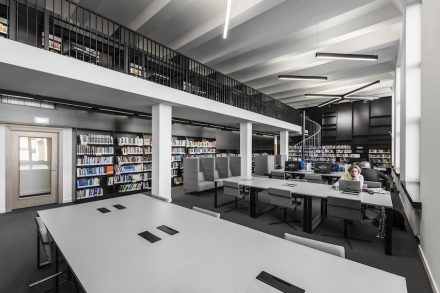 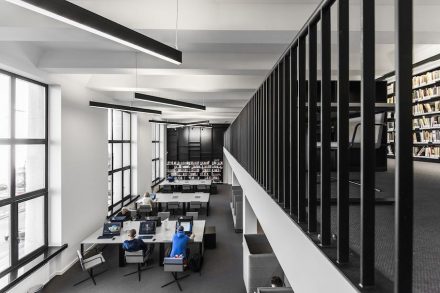