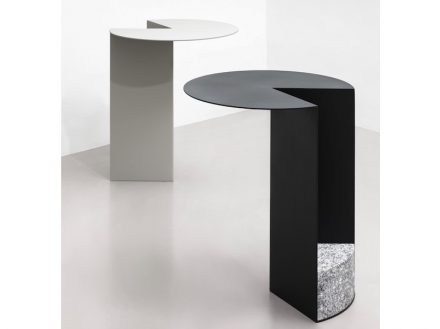 „Pac“ in memory of Pacman is the name designer Klemens Schillinger gave his coffee table. Granite provides stability. The rest is thin metal.

A great start for Lyon’s natural stone trade fair Rocalia in France: the first edition in December 2017 was attended by 14,580 visitors. 125 exhibitors presented their wares. The next edition is to take place in two years from December 3rd to 5th 2019, again parallel to Paysalia, the landscaping trade fair.

The story of the marble chosen for Lincoln Memorial in Washington DC is told in the Gainesville Times.

Marble as material for interior design in superyachts is a topic in SuperyachtNews.

„Marmocer“ is the trade-name of a new brand of sandwich slabs made of 5 mm thin natural stone laminated on 6 mm of ceramic material. The slabs come in sizes up to 1400 x 800 mm, weighing 36 kg/m². Marmocer is manufactured by XDY-Group with headquarters in Xiamen. 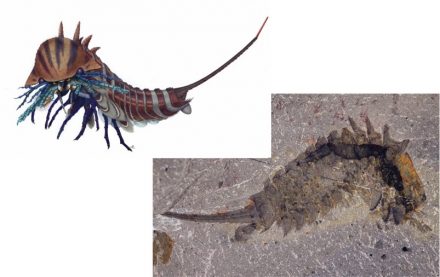 Approximately 2 cm in length with a tail as long as the rest of the body, the long-extinct Habelia optata was a fierce predator during the „Cambrian explosion“ about 508 million years ago. During that period of rapid evolutionary change most major animal groups emerged, many of them very strange creatures. Due to new findings of paleontologists at the University of Toronto and the Royal Ontario Museum in Toronto, Habelia was the forebear of today’s spiders and scorpions among others. It had been found in the famous Burgess Shale fossil deposit in British Columbia, Canada (1, 2).

How to clean yellowed marble lampshades is discussed in a forum of the Washington Post.

Marble Mountains are five limestone hills in Vietnam near Da Nang. They bear the names of the elements and have become a tourist attraction.

Archaeological treasures IS failed to destroy in Iraq are listed in a BBC report from September 2017.

Video of the month: Russian Pianist Pavel Andreev has chosen an unusual spot to present his composition. He played „Awakening“ on a floating platform in the Ruskeala Marble Canyon, Kareliea (1, 2).