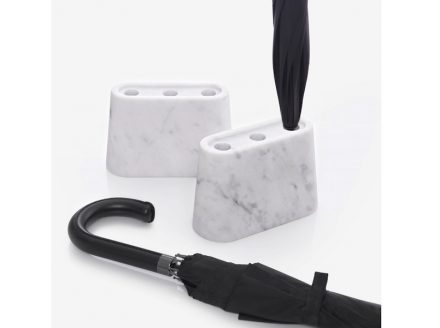 Umbrella-stands and table-top lamps in natural stone by designers of ZP Studio Tools raise the question – at least as far as the umbrella stand is concerned – where does the water go, when it runs off the umbrella.

„stART’18“ is the international event for contemporary sculpture which will take place on January 28, 2018 in more than 20 countries worldwide. Around 90 studios, museums, sculpture parks, workshops, or art academies around the globe will perform an event under the title „Sculpture and Architecture“.

The European Commission expects GDP-growth to continue in both the Euro area and in the EU at 2.1% in 2018 and at 1.9% in 2019, according to the latest Forecast published in November 2017. The EU economy as a whole can expect a growth of 2.3%. Forecasts are much better compared to Spring data.

A marble statue of Pope John Paul II has been unveiled at Jackson Square more than 30 years after his visit to New Orleans, the New Orleans Advocate reports. 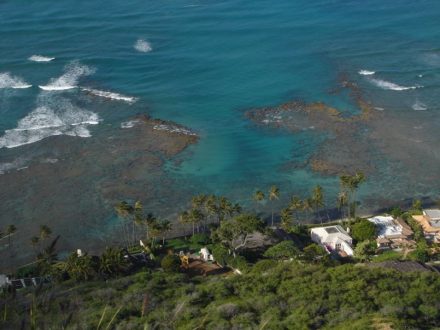 The International Coral Reef Initiative (ICRI) wants to raise attention to these giant structures made of chalk erected by tiny sealife. The organization was founded in 1994 by 8 nations and is in close cooperation with the UN. 2018 is the Third International Year of Reefs (1, 2).

Many buildings on the Faroe Islands are build using lime mortar – although there is probably only basalt and other volcanic rock, archeologist Per Storemyr writes. So the islanders „burnt the beaches“: they collected shells, stacked them above a fire in a field kiln and so after a couple of days at 900 degrees C come out the quicklime to be mixed with water and beach sand for the mortar.

The 19th International Stonemasons’ Conference will take place on March 03, 2018 in the Hungarian city of Pilisvörösvár. Organizer is the national guild. Foreign speakers, sponsors, and guests are welcome. Applications until January 16 (1, 2).

„Structura“ is the name of a new product in HiMacs by LG Hausys. Custom-made surface design can be produced on demand.

Video of the Month: They call it the Devil’s Pool – a small basin at the edge of Victoria Falls. Occasionally careless swimmers have been washed over the edge, as local guides enjoy reporting (1, 2).