Brazil’s Grupo Guidoni aims to corner European markets with its exotic stone, not with its competitive pricing 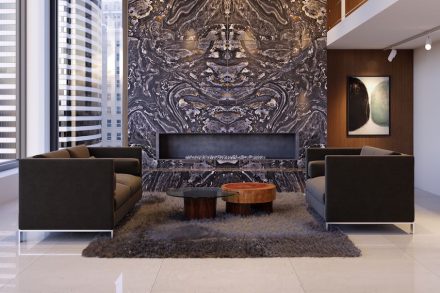 The sector’s giant is currently compiling a hub in Italy’s city of Affi near Verona with space for some 2,700 slabs and a showroom

Europe’s natural stone branch is gaining momentum: Brazil’s behemoth Guidoni Group is charging into the market at full strength and building a distribution center in Affi near Verona. The endeavor will cost an estimated 1.2 million € and extend over a surface of some 1,050 m² providing space for 2,700 slabs of stone.

This is remarkable in so far as Guidoni, unlike the Chinese competition of two decades ago, is not attempting to conquer the market by undermining prices. Far from it: the Brazilian enterprise is coming with its new quartzites and granites in tow, stone which has hence far been marketed only in the USA professionally and has been all the craze there, e.g. for kitchen countertops.

In Europe little could be seen to date of these so-called Exóticos and Super Exóticos. These are granites with colors and structures known only in marble and onyx lending them the name „paintings by Mother-Nature“.

They are a natural occurrence exclusively on Brazil’s East Coast and on the adjacent African West Coast because the two continents were originally one mass which drifted apart eons ago.
The Exóticos – and, for that matter, the translucent quartzites – come in a wide variety and are being mined in an ever-increasing number of quarries. 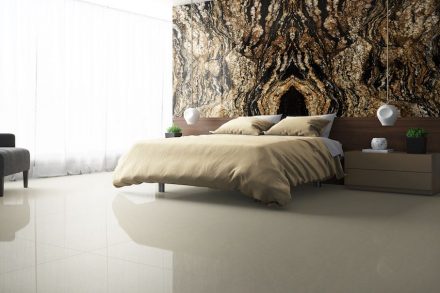 Stone types such as these are, however, a fickle material for interior architecture. White and black marble always give a touch of elegance to a room. With the exotic stone design is more difficult.
Generally, Europeans do not fancy overly decorated interior design as is the norm in the USA. 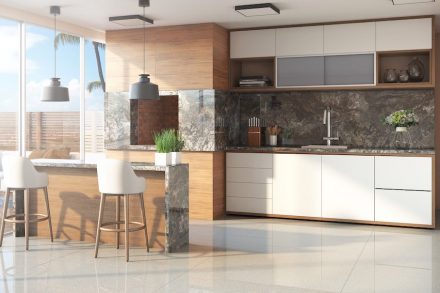 Guidoni intends to take the challenge by the horns. Part of the tactic is the showroom set up in Affi where „a variety of events are planned to bridge the gap to the professional designers“, according to the company upon inquiry.

Of course, it is hoped that the strategic setup will improve Guidoni’s position on the market. „We hope to supply our clients more quickly and efficiently with the help of our latest investment.“
Rayner Guidoni at one of Marmomac 2017 press conference: „Our expectation is doubling the group’s revenues within 2 years by expanding the customer services structure.” 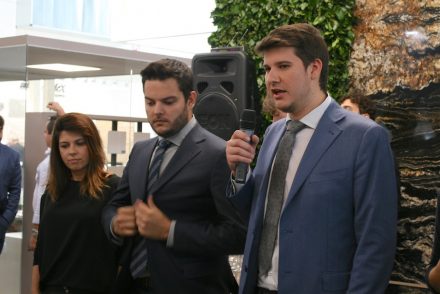 Guidoni Group has placed the task of conquering the ancient world in the hands of a team of very young professionals: Rafael Guidoni, the company’s CEO, and his cousin, Rayner Guidoni, Vice-President are both in their thirties. 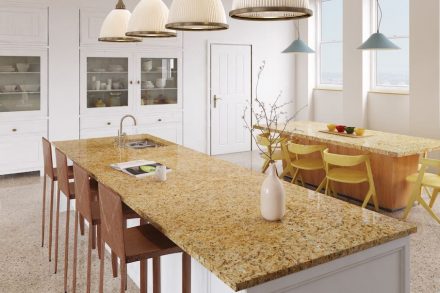 They are the children of the twins Geraldo and António Guidoni who are active members of the company’s administrative counsel (Conselho Administrativo).

In engaging the two newcomers Guidoni Group hopes to „adopt a vantage into innovative business forms” according to a company press-release. „Rafael Guidoni together with cousin Rayner aim to position the company to face the new dynamics on the business market with increasingly well-informed customers coupled with a widening field of competitors based on the foundations built by their forerunners”.
Verônica Petrópolis oversees marketing, and, although not a family member, she, too, is a member of the new generation of company leaders. 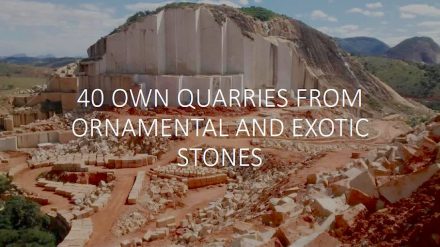 The company operates a total of 40 quarries in Brazil and markets some 170,000 natural stone slabs every month.

Guidoni Group has been active in Europe for two decades now, but recent developments have steered the company to engage in new forms of business: in 2015 the company took over Seaquarz at a price of 8 million € and is now producing quartz engineered stone after having made some additional investment. The production is also being undertaken at home in Brazil.

This news just in: Guidoni is investing yet another 12 million € in quartz production projecting an annual engineered-stone production of one million m².