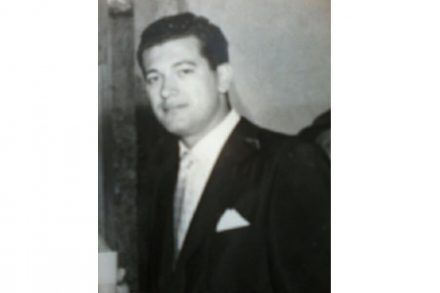 At the Fortaleza Brazil Stone Fair (FBSF) it has become tradition to honor members of Brazil’s stone branch who have made a name for themselves. At this 4th edition (April 18th to 20th, 2018) Guido Bissi, who fostered and promoted the branch from 1950 to 1970, was celebrated. Other recipients of honors were Ricardo Cavalcante (Director of the Trade Organization FIEC) and José Alci Porto Júnior (Director of SEBRAE-Ceará).

Carlos Rubens A. Alencar, President of Ceará Province’s Trade Organization (in whose capital city the Trade Fair is held once a year) held the laudation which of which we print an abridged version below:

Guido Bissi emigrated to Brazil from his Italian home city of Florence at the tender age of 14. This was in 1939, when his father brought the family to safety far away from Europe, which was on the brink of WWII. There had been ties across the Atlantic prior to the family’s move. Bissi Sr. had been exporting Carrara-Marble slabs to Brazil since 1930.

As the war drew to a close, Bissi Jr. blossomed: one of his key skills was his ability to quickly react to economic changes. Thus, in 1951, he founded a company in São Paolo, to supply Brazil’s building industry with natural stone. The company’s name was Granimar S/A.

(Editor’s comment: at the time, Brazil’s government enacted import restrictions to defer the foreign trade deficit. As a result, the branch had to find national natural stone deposits in a hurry; the demand for marble exploded as big hotels were being built in Rio de Janeiro and Salvador and as Braília as new Capital City was built.) 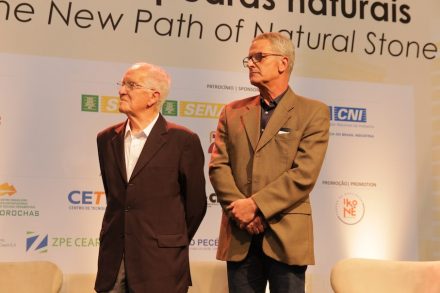 In the 1960’s Guido Bissi recognized another trend: to render the branch competitive in quality as well as in quantity, it would have to compete on the international market – not with raw blocks but rather with value added or finished products.

He identified the USA as the one market with the best opportunity for turn-over within the closest proximity to Brazil.

So, the 35-year-old Bissi packed his bags and went on a back-breaking tour of North America – an unfamiliar country and one in which he knew no-one.

The famous story of the 45kg suitcase filled mostly with stone samples and catalogues ensued.

Not only was the physical grind remarkable, but also the fact that he called not on wholesalers but rather on architects, interior decorators, other members of the building branch. He was obviously weary of tradesmen who might present his material as one possibility among many, choosing instead to speak to the consumer directly.

The latter were pixilated by the beauty of Brazilian stone of which they knew nothing up until then.

But: how to supply slabs and tiles in the quality called for by the demanding US markets…? 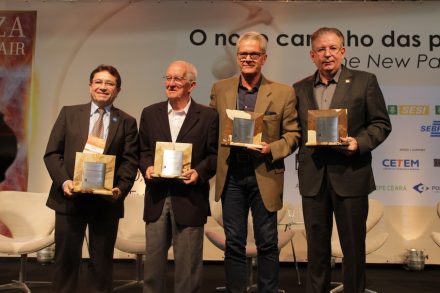 Guido Bissi had previously been under way in reverse mission. On his way back from Europe he brought the new tools to the USA, e.g. new diamond carborundum-coated saw blades, improved gang saw technology, and the first bridge saw, as well as zinc oxide for high-gloss polished surfaces to name but a few.

He was widely responsible for technological innovation in the Brazilian stone sector. It was also his pet challenge to cut granite slabs 1 cm thick. (Editor’s note: even in the 50’s granite blocks small in dimension by comparison to today’s in the gang saws for days. Waste of saw blades was extremely high; production took place more on the level of craftsmanship rather than on industrial levels.)

Many an expert even in his home country considered the 1cm challenge as nothing short of unfeasible – talk was of „Brazilian’s craziness“ (loucura brasileira).

But together with his brother Claudio, he actually achieved his goal.

From 1963 on Granimar supplied the US-American market. The main customer was Walker Zanger Company, and in the following years contacts to Mexico, Canada, Japan, and even Australia bore fruit as well, as did efforts on the reserved European continent.

Two cases in point: In Italy the famous Milan-based department store la Rinascente implemented Juparanã Clássico Granite; Verde Ubutuba can be seen in New York’s Rockefeller Center a the plinth of the monument for John Rockefeller. For both Granimar was the supplier.

Brother Claudio continued managing the company togehter wit his son Marco Aurelio. They sold Granimar in 1976, and Claudio Bissi became representative for Walker Zanger in Brazil. He retired in 2008.