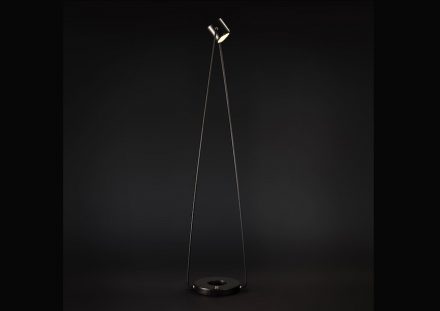 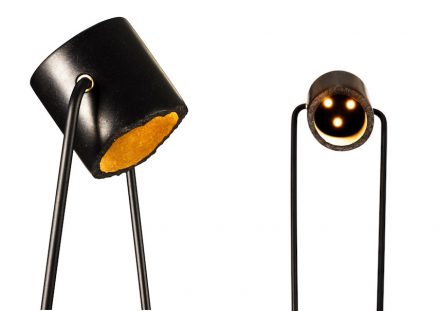 Using diabase, the couple have created a collection of home furnishing items / Presented at the London Design Fair 2018 in the Swedish Pavilion

It was their declared aim „to take this stone into the next step”, according to a video on Jenni and Andrea Kullaro’s webpage. The jet-black stone, produced in the quarries of Swedish town of Lönsboda, has long been used for sculpting and building. Now the stone is poised to play a role in product design. The couple is showing their ideas at the London Design Fair (September 20th – 23rd, 2018) in the Swedish Pavilion.

„Watchman”, the lamp, stands on a foot of stone. Its lampshade is a hollowed diabase cylinder. LED luminaires provide the light source. The standing lamp was developed in cooperation with BITSz Electronics GmbH of Germany. 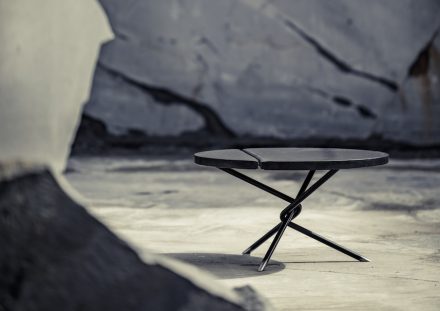 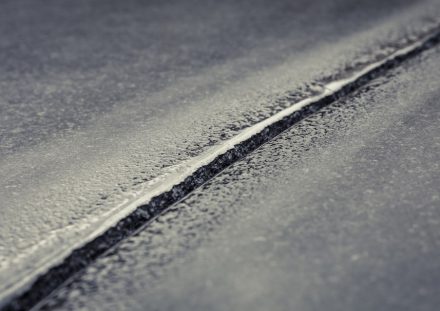 The couple’s side table „Magic Vei” made its debut appearance. Again, diabase was used, this time for the table top and again, the stone was complemented by metal used for the supporting structure. A closer look reveals a seemingly disturbing property: a crack extends across the table top. In fact, the crack was purposely created with hammer and chisel. The rift was then brushed and sandblasted.

The design is an ode to diabase which originates from magma deep within the Earth’s crust and is pressed though narrow cracks until it reaches the surface, as can be read in the press release.

„Vei”, part of the product name Magic Vei, is an acronym for Volcanic Explosivity Index measured on a scale of 1 – 8 like that used to gage earthquakes. Vei gages the strength of a volcanic eruption. 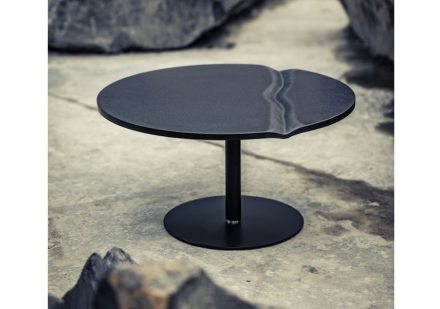 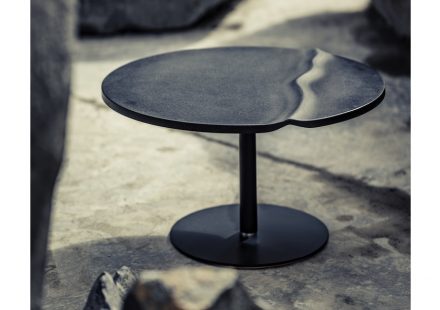 „Tekton Valley” and „Tekton Ridge” are two tables which allude to tectonic movement of the Earth’s crust. The plates cause deep rifts in the depths of the oceans and pile corresponding masses to mountain ranges on the other end. The tables’ surfaces are brushed and sandblasted. 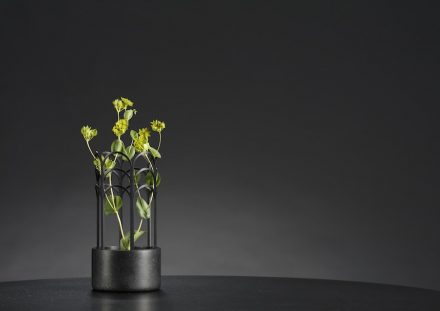 „Arches of Kullaro” is a vase or planter devoid of fire and brimstone. Here, too, the base is made of a diabase hollowed cylinder, and the structure above, decorative and doubling as a miniature pergola, or as a support for long-stemmed flowers, is made of metal. The materials contrast nicely with one another (light vs. massif).

Kullaro worked with designer Lisa Hillard for this project. She says of her creation: „The vase with its sculptural qualities, is as beautiful with an exclusive florist bouquet, as it is with the simplest Ivy from your garden.” 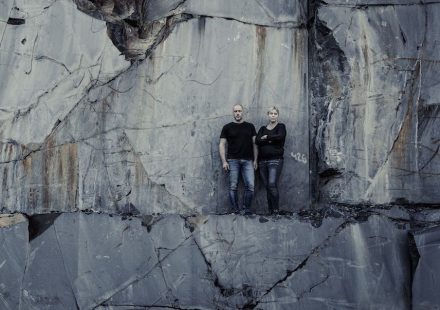