Sculptor Alyosha Moeran creates his works with a view toward contrasts 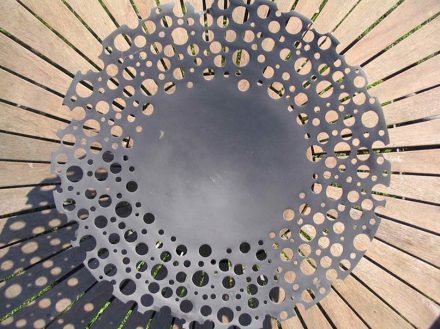 One of his favorite shapes is currently the parabolic dish, very delicate and filigree / next he will be concentrating on lithophones

This type of autobiographic rendering is, to say the least, unusual: while Alyosha Moeran, sculptor in England, opens his webpage with stone leaf-patterns, the very next page shows a face donning a respirator and a person working stone under a make-shift tarpaulin in poor weather conditions and standing in a mud puddle.

Of course, we asked what the author was trying to tell us.

He replied that he probably wanted to depict the reality of stone sculpting, i.e.: gruelingly hard work on a medium full of „grittiness and obstinacy“, which needs to be „tamed“.

He wanted to show, that being an artist „is not always romantic as it is often portrayed“. 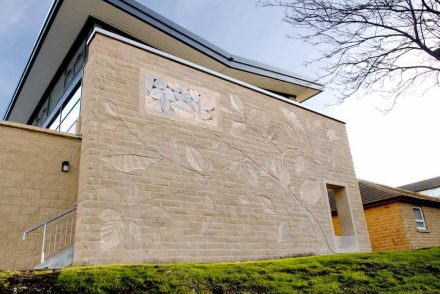 The inflection of his mail is worth noting: not at all belligerent or moralizing on the lot of the sculptor. In fact, he is fascinated ty the contrast between being and semblance which he suddenly faced.

Contrasts became his pet theme we suspect, as we turn page after page on his website. 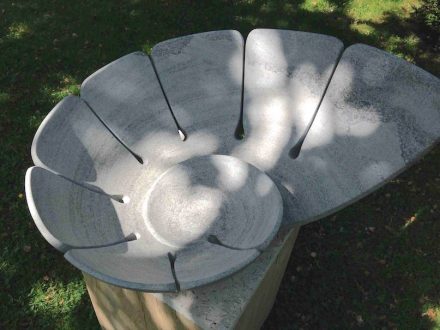 Often dishes or bowls are shown to which he writes: „probably one of the first things made by humans“, to which he quickly adds that his intention was to make more than a bowl – he wanted to create a sculpture. „I was trying to blur the boundary between craft and art“ he ponders.

It’s all about contrasts, too, when he hones the stone down to a paper-thin dish only to perforate the edges to a lacey finesse. „My approach, though, has always been to create a sense of fragility or lightness in the carved work“ striving toward a „a kind of subtle tension in the finished pieces“.

The fragility he gives his works is also part of the world around us, he states: „Maybe, I can evoke some sense of this precariousness through my work.“ 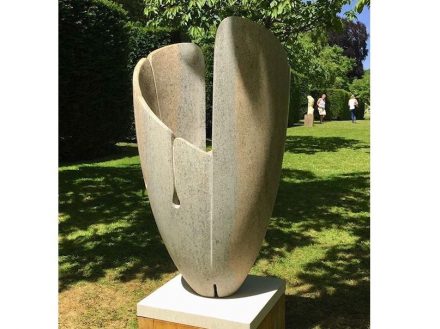 Which brought our e-mail correspondence to the lithophone, the epitome of fragility transposed into sound. But in contrast to the usual intent, his is not to produce clearly defined sounds as one would expect from a piano. „I’m not interested in making musical instruments but in making those fragile, gentle pieces where sound is like a shadow of the shapes I carve.“

For some time now, he has been producing lithophones and selling them piece by piece. „I’d really like to create a whole orchestra of sculptural works in stone.“ 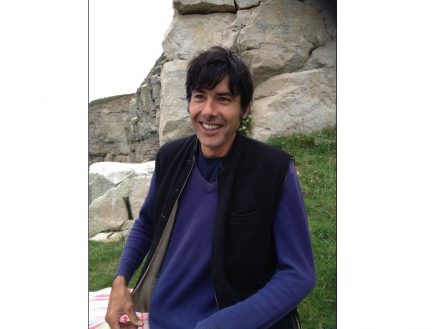