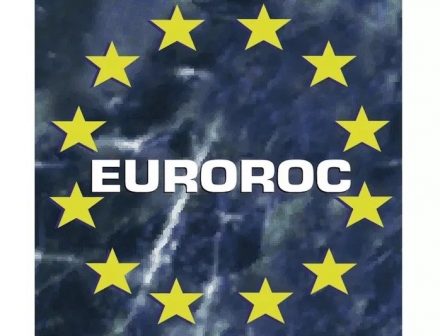 Here is an overview of the status quo

Update: On May 14, the Natural Stone Institute will partner with several US-departments for Public Health to present a free silica safety webinar for stone companies (see at the buttom of this report)

Exposure to crystalline silica dust is a theme for stonemasons world-wide. Readers will recall: workers who dry-cut natural stone or engineered stone slabs over prolonged periods of time are in danger of contracting pneumosilicosis. This was the miners’ biggest fear – the end of years of toil is a slow death by asphyxiation.

Let us sum up the current labor protection measures.

In the USA the maximum level of crystalline silica has been set since June 2018 at 50 micrograms per cubic meter air (50 µg/m³) over an 8-hour work day. Previously 250 µg/m³ had been the limit.

The Natural Stone Institute has set up a plan to ensure compliance, i.e. the Silica Exposure Control Plan (ECP) with checklist, a number of webinars and more. A compilation of measures and information can be found on the webpage (see below).

But the table published in the Natural Stone Institute’s newsletter „The Cutting Edge” (Jan/Feb 2019) shows that the problem is not yet banished and that there are breaches. It contains the findings by the control authority OSHA (Occupational Safety and Health Organisation) in 2018 when there were inspections realized in 22 companies (out of roughly 2000 in total) producing countertops. There were asserted 51 violations of the required standard, altogether fines of 35,743 $ were imposed. For comparison: in all industry sectors, OSHA found 2,838 violations of the respiratory standard with a total of fines of more than 3,36 million $.

A video explains how silica is measured 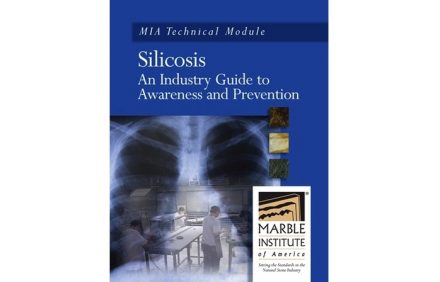 In the European Union controls are slowly coming along. The EU-Commission has decided that 100 micrograms should be the maximum allowable level – twice the level allowed in the USA. But enactment has been delayed for the time being: The Trade Organizations, among them Euroroc as a representative of the natural stone branch voiced the desire to reach „Social Dialogue Agreement”. This had been done previously in similar constellations with good results.

Consensual agreement should be reached regarding how and where the allowed level of crystalline silica is to be measured and how to broach the subject with local stonemasons.

Most EU States already have national limits well below the now envisaged maximum. Some, however, have higher limits entailing a shut-down of approximately one third of the stonemasonries there.

Note: even if by the end of the dialog in two years a concrete proposal for reducing the crystalline silica level and implementing labor protection is on the table, the Commission’s proposal will not automatically come into force. The decision is with the EU-Parliament which has already said that it would prefer the 50-microgram level like in the USA.

And finally: after a decision by the EU-Parliament, all member States must first ratify the limit at home.

Australia has adopted a 100-microgram limit. More on the status quo on the fifth continent in the Government webpage „Safe Work Australia“.

Note that the British Trade Magazine Stone Specialist repeatedly reported cases where workers had recklessly neglected to adhere to safety measures and dry-cut stone slabs. On one occasion, a worker had solicited the aid of the court and claimed that he had not been adequately informed of the dangers.

In India, too, the dangers of crystalline silica are also a controversial topic. A recent study of labor practices in Rajasthan mines uncovered a systematic ignorance of unskilled and uneducated workers hired to do the dangerous work without protection – India is cooperating with the World Health Organization (WHO) to expedite necessary change.

WHO divulged a few facts and figures on the situation in Latin America and China two decades ago (1, 2).

Update: The National Institute for Occupational Safety and Health (NIOSH) will be hosting a free silica safety webinar on Tuesday, May 14 at 11am PST. Designed for stone countertop fabrication employers, the webinar will describe the dangers of silica exposure, outline employer requirements to comply with OSHA’s Respirable Crystalline Silica Rule, and offer methods employers can use to protect workers.

During the webinar, representatives from OSHA, NIOSH, and the California Department of Public Health will provide information related to silica exposure, including health risks, methods to protect employees from silica dust, and OSHA requirements. Two Natural Stone Institute Accredited members, Jonathan Mitnick (CCS Stone) and David Scott (Slabworks of Montana) will provide practical tips on controlling worker exposure to silica dust and share the steps they took to ensure their shops were OSHA compliant.

Mark Meriaux, Accreditation and Technical Manager for the Natural Stone Institute commented: „It is important for fabricators to comprehend the health risks involved with silicosis, both personally and for employees, and to understand what can be done to minimize the risks. There is currently at least one documented case of silicosis in California tied to a fabrication shop, so now is the time to get this message out to fabricators. We look forward to working with NIOSH to share this message.”

To register for this free webinar, visit http://www.naturalstoneinstitute.org/NIOSH or contact Mail