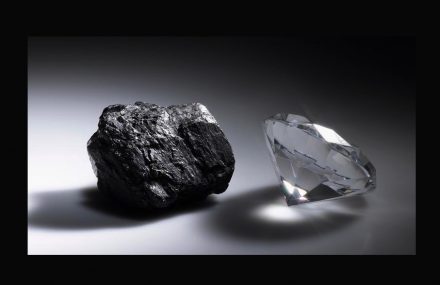 Although the whole globe was hotter as that time, the upper mantle was not

A geologist from Australian Queensland University of Technology (QUT) has published a new theory on the thermal evolution of Earth billions of years ago that explains why diamonds have formed as precious gemstones rather than just lumps of common graphite. In the study, published in the journal Chemical Geology, the researchers looked at the magnesium oxide levels in thousands of volcanic rocks, dating at least 2.5 billion years old, that had been collected from around the world.

Professor Balz Kamber, from QUT’s Earth, Environmental and Biological Sciences School, co-authored the study with Professor Emma Tomlinson, from the Department of Geology at Trinity College Dublin. The research challenges a common theory about the evolution of the Earth and offers an explanation as to why the Earth’s mantle was cool enough to produce diamonds in the Archaean era between 4 billion and 2.5 billion years ago.

The prevailing theory among petrologists who study the origin, structure, and composition of rocks, is that the Earth’s whole mantle was significantly hotter until 2.5 billion years ago.

But Professor Kamber’s analysis is that the prevailing theory is only half right. He said that while the lower mantle was significantly hotter, the upper mantle which is the area down to 670 km was no hotter than it is in the present day.

To explain the theory, Professor Kamber uses the analogy of someone trying to warm their bedroom in winter by turning up the heater but failing to close the windows. „You can produce as much heat as you like but it doesn’t get any warmer,“ he said. „So what we’re actually interested in is not how much heat we’re producing, but how warm it was in the interior of the earth.

„The assumption has been: more heat, therefore it was hotter. But what we show is: more heat but not hotter. The Earth was producing more heat but was also getting rid of it, opening more windows so to speak.“

The theory comes from the evidence stored in the ancient rocks on their level of magnesium oxide. Professor Kamber said the magnesium oxide levels in the vast majority of rock samples from that date similar to modern lavas, which indicated the temperatures were similar.

The cool upper mantle theory helps to explain the formation of diamonds, most of which were formed during this time period and would have turned into lumps of graphite if the upper mantle was too hot.

The theory also answers another long-standing area of dispute that has split geologists concerning the movement of tectonic plates.

If the upper mantle had been much hotter 2.5 million years ago, then the oceanic plates would have been thicker and difficult to move under each other. The new evidence of a cooler upper mantle, which would have been churning hot rocks from the lower mantle upwards towards the surface to release the heat, explains how the plates riding on top of this would have moved fast and collided with each other.