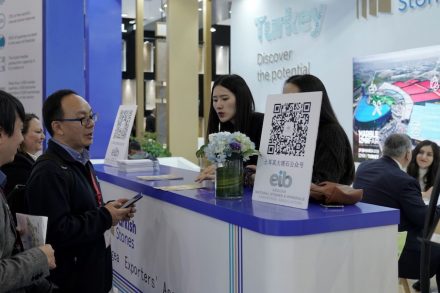 There are many examples of the stone branch using social media for further marketing efforts. We recently reported on the Brazilian Trade Organization Abirochas, which called for submissions to a competition on the use of local natural stone on Facebook and Instagram. The US-American Natural Stone Institute is also using the social media avidly to propagate its „Use Natural Stone“-campaign. The British do it as well.

The Turkish Organization EIB (Ege Ihracatçi Birlikteri, Aegean Exporters’ Associations) it going its own way… in China! The EIB is a representation of companies belonging to various branches all based in the Aegean in proximity of Izmir.

The Trade Organization has launched a WeChat-Account, this being the most popular channel for everyday communication in China. When ordering a taxi, e.g., one would call for the ride via WeChat and pay for the fare this way, too.

The app is everpresent. 微信 in Chinese, phonetically Wēixìn; literally: „micro-message“ according to Wikipedia. 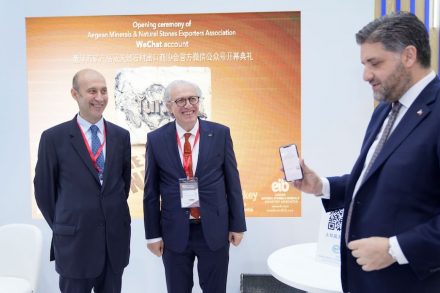 The project was launched at the Xiamen Stone Fair 2019 initiated by the Turkish Ambassador to China, Abdulkadir Emin Önen.

The procedure was simple: A QR-Code was presented at EIB’s Trade Fair stand in Hall A2 after having informed all available and interested parties.

Whoever scanned the code in his mobile phone became a member of the WeChat Alla Turca chat group to use Mozart’s nomenclature.

Users were given a small gift as a token of EIB’s appreciation.

Feedback was overwhelmingly positive, we were told.