Tiberius Claudius, married to Messalina and Agrippina, was not so bad a Roman emperor as Seneca wrote 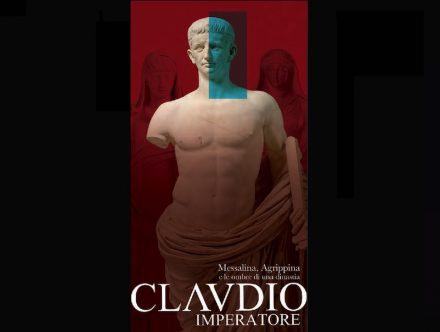 The exhibition at the Ara Pacis Museum in Rome reveals his care for the people, his economic and legislative reforms and great public works

„The Emperor Claudius: Messalina, Agrippina and the shadows of a dynasty“ (Claudio Imperatore. Messalina, Agrippina e le ombre di una dinastia) is the title of an exhibition at the Ara Pacis Museum in Rome until October 27, 2019. It will take visitors on a journey of discovery about a controversial Roman Emperor who was taunted after his death e.g. by Seneca and whose name comes together with tragic persons like Messalina and Agrippina.

He was the first emperor to be born outside Italy, in Lugdunum, today’s Lyon, on August 1st, 10 BC, and was an unlikely candidate for leader of the Empire. But when Caligula was assassinated, stabbed to death in his own palace, that necessarily put Claudius at the heart of the next political crisis. And so it was that he, Tiberius Claudius Caesar Augustus Germanicus, became, at the remarkable age of fifty, the first Emperor proclaimed as such – after long political-economic negotiations – by a military corps, the Praetorian Guard. 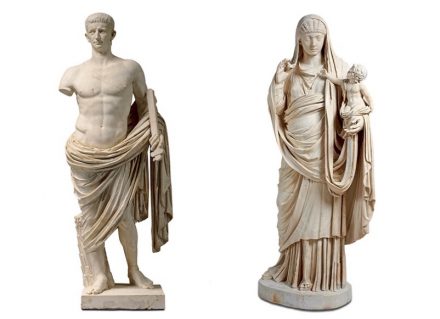 Claudius’ relationships with his 4 wives were also marked by conspiracies and tragic events. His 3rd wife, Messalina, 35 years younger than her husband, was and is still known for her many vices, real or presumed, although she was also the mother of Britannicus, the first male heir of the Julio-Claudian dynasty born to a reigning emperor. Once Messalina – with Claudius’ consent – had been killed, however, even the fate of Britannicus was sealed; the teenage victim of his half-brother Nero, he would never come to power.

Claudio’s last marriage, to his niece Agrippina, was to prove fatal for him. Agrippina, who was Germanicus’ daughter and Caligula’s sister, is thought to be responsible for murdering her husband, possibly by poisoning him. Claudius was deified after his death, a temple was built to honor him on the Caelian Hill, and it was Agrippina’s son Nero who succeeded him as Emperor.

So far what has mainly been related about Claudius until now. 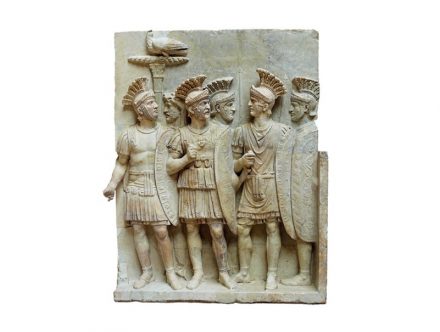 Yet, enhanced by the updated work of historians and archaeologists, the exhibition reveals an image of him that is different from what was written about him in ancient times. What emerges is the sense of an emperor able to take care of his people, to champion useful economic reforms and great public works, who also introduced legislation that contributed to the administrative development of the Empire.

Worth remembering is, e.g. that during his reign Brittania (Britannia) was conquered which was the first expansion of the Empire since Augustus.

The story of Claudius’s life and works, told in an innovative setting enriched with images and a sprinkling of audio and visual excerpts, lies at the heart of the exhibition, but other characters that pepper the narrative – introduced through valuable works of art, many of them in stone – are the protagonists of installations that will help to make visitor’s experience even more engaging.

„Claudio Imperatore“ until October 27, 2019 in the Museo dell’Ara Pacis, Rome