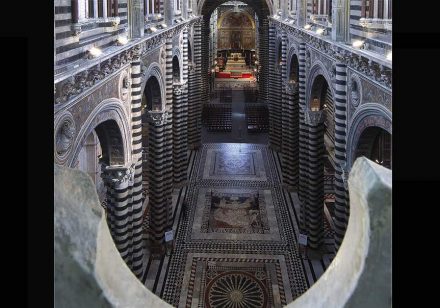 For the rest of the year, the work with graffito, mosaic and natural stone inlays is covered in large parts

As every year in summer, the world-famous mosaic floor in the Cathedral of Siena will once again be completely uncovered and made accessible to visitors from August 18 to October 27, 2019. For the rest of the year, large parts of it will be protected from the many visitors’ footsteps.

In the 16th century, Giorgio Vasari had described the floor as „the most beautiful … greatest and most magnificent of all time”. Vasari is considered the first art historian.

The flooring had been started in the 14th century as part of an art program of the rich trading town; until the 19th century, work continued with renewals, repairs, and extensions.

Two marble techniques were was used by well-known craftsmen to realize the drafts of famous artists:
* the first inlays were traced out on white marble slabs using a chisel and a drill and then filled in with black stucco, a technique called „graffito“, according to the cathedral’s webpage;
* more common are mosaics or inlays in modern style.

The themes depicted are richly ornamented all around the nave, the side corridors, and the altar and choir area. They come from ancient mythology or treat episodes from the Bible.

We pick out 2 examples: 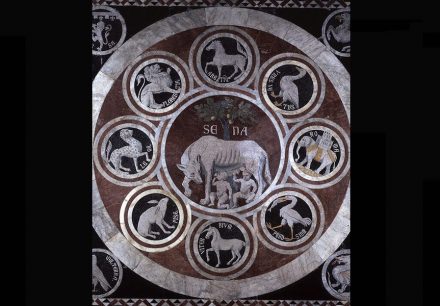 one shows how Romulus and Remus are nursed by the she-wolf; 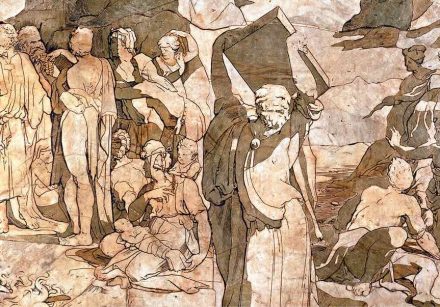 another shows Moses on Sinai crushing the tablets of the law.

The website of the cathedral explains in English and Italian numerous works and their mythological significance. Also mentioned is the schedule for visits and the ways to get tickets.

The marble floor of Siena Cathedra 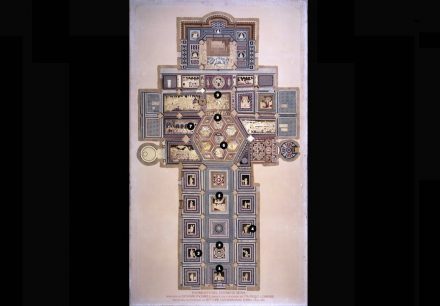 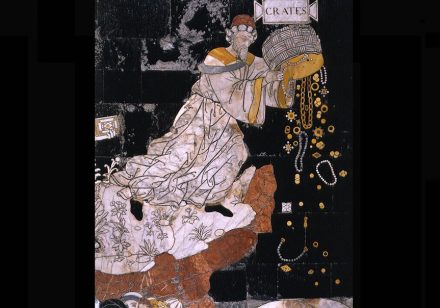