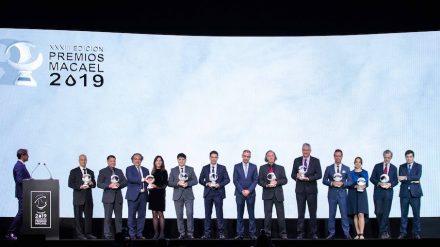 Spanish Macael Marble Awards were granted for the 33rd time. The accolade was founded by the Organization of Andalusian marble-producers (Asociación de Empresarios del Mármol de Andalucía, AEMA) and goes to projects where natural stone or artificial stone from Andalusia was used or to persons who played an important role in the sector in the last year, respectively. More than this, persons and institutions are awarded.

„We are satisfied to have this opportunity to show to the world that the Macael Marble Sector is a great international reference center of extraction, development of special projects and commercialization of natural stone and compact surfaces”, as pointed out by AEMA president Jesús Posadas in a press release.

And: „Proof of this is that both companies’ participation and the size and notoriety of the projects presented have been even greater, surpassing previous editions,“ the press release continues. 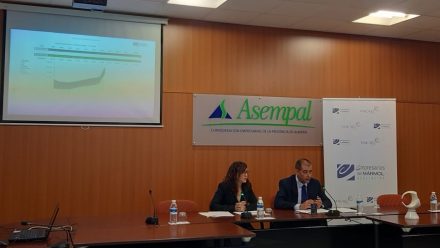 Presented at the event was also the new Architecture & Design magazine „Mármol“, edited by the Macael Marble Brand and targeted to architecture studios, decorators and designers. It will be available as print and online, both in Spanish and English, having its first issue in February 2020 and than informing every 4 months about the „last trends in natural stone and compact surfaces projects“, according the press release.

The Premios Macael are granted in various categories. We present the award-winning projects and individuals. The descriptions originate from the organizer. 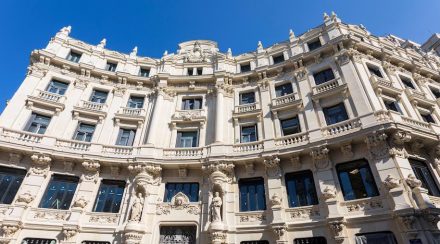 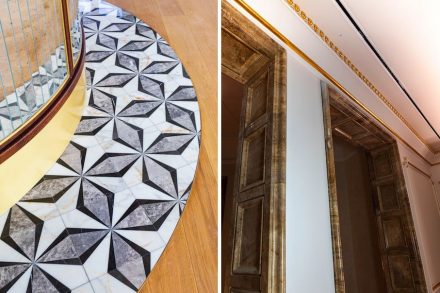 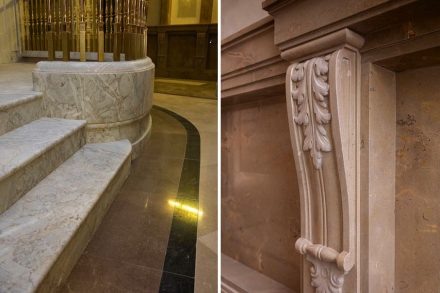 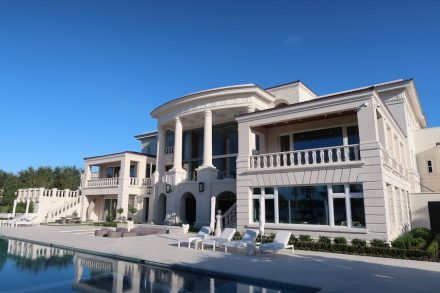 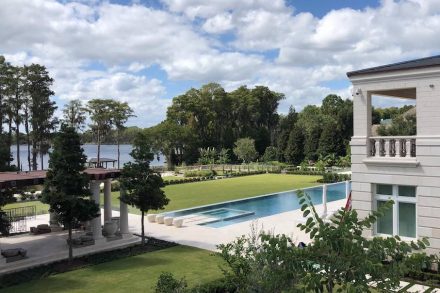 International Award for North America: Silvia Villa, Orlando, FL, USA: The Jury grants the International Award for North America to SILVA VILLA, located in Orlando (Florida), which, with almost 3000 square meters of surface, contains 700 cubic meters of Nessuna limestone. The project, supervised by the team of architects Nasrallah Architectural Group, is a great stone work. The material, placed both indoors and outdoors, on floors, walls and classic elements such as pilasters, railings and columns up to seven meters high, together with the factory work of the Marble Region, which has required the care of even the smallest detail, turn this work into a unique and wonderful architectural piece. 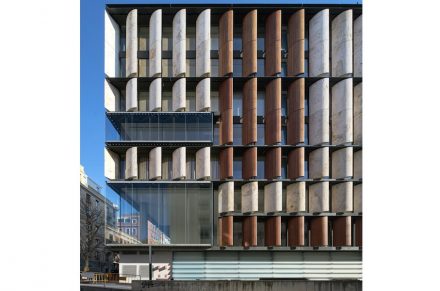 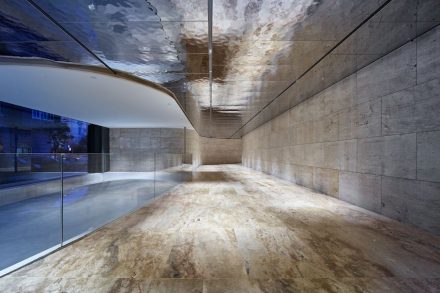 International Award for Europe: Lagasca 99, Madrid, Spain: The Jury grants the International Award for Europe to the LAGASCA 99 building, which, located at the gates of the famous Madrid Golden Mile, represents an architectural icon at European level and a reference for the current panorama of quality and sustainable architecture. Promoted by Grupo Lar and designed by the prestigious architect Rafael de la Hoz, the exclusive complex of 44 homes, two premises, an English garden illuminated with natural light, gym, indoor pool, private meeting rooms, a private British club and a roof garden, has a facade of 330 pieces, of 2,200 kg. each one, in Travertino de Piedra Natural by Cosentino. In the same material are made floors, walls and stairs of common areas. All the main kitchens have Dekton Keyla countertops, and the service ones are made with Silestone Blanco Zeus. This work, in line with the sophistication with which each space has been thought, results in a sublime design and aesthetic. 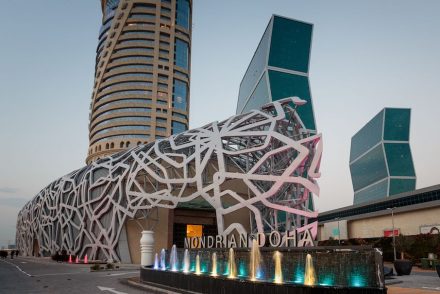 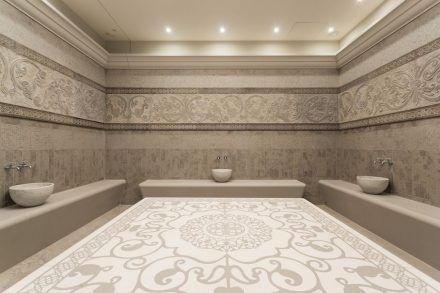 International Award for Asia: Mondrian Doha Hotel, Qatar:
The Jury grants International Award for Asia to the MONDRIAN DOHA HOTEL, designed by Marcel Wanders and located in Doha, Qatar. The project, carried out in collaboration with ‘GHESA Ingeniería y Tecnología S.A.’ and directed by the architect Yunes Mansilla Charvier, it consists of different exterior and interior fountains. On the one hand, the exterior fountains in the form of a circular mosaic, made of ‘Blanco Macael Arabescato’ Marble, Negro Marquina and slate, mix light and water achieving sensational artistic effects. The interior fountains are Blanco Carrara marble and the Hamman, is made on Gray Limestone, from Catalonia, Spain. In it, techniques of engraving and carving have been carried out. This work in natural stone in a complex of the Middle East, simply contributes to achieve a spectacular result. 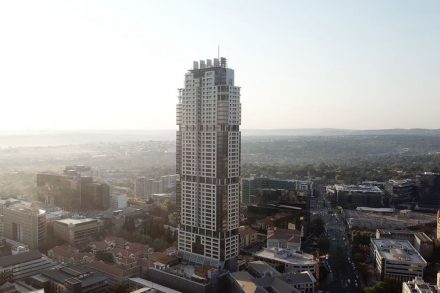 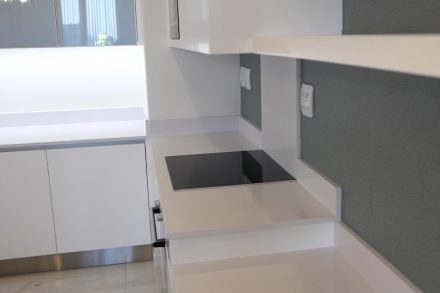 International Award for Africa: The Leonardo, Sandton, Johannesburg, South Africa: The Jury grants International Award for Africa to THE LEONARDO, located in Sandton, Johannesburg, which, 234 meters high, divided into 55 floors, has become the tallest tower in Africa. With an area of 15,000 square meters for premium offices and luxury homes, including the Leonardo suite, which will have 2,880 square meters, the Architecture Company Co-Arc International project, houses 24,350 square meters of the ultra-compact Dekton surface on the facade, lobby and entrance columns, and 3,526 square meters of Silestone on kitchen and bathroom countertops in bars, restaurant, gym and spa. The result is a functional, technologically advanced building and a symbol in South Africa. 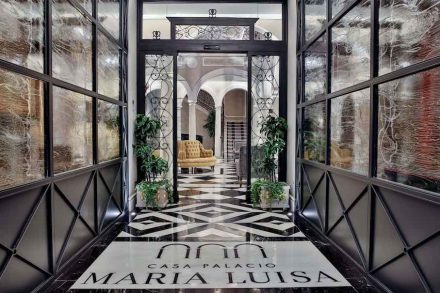 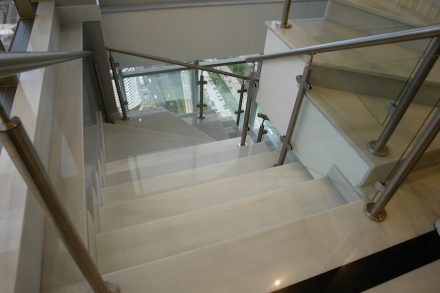 Blanco Macael Marble Award: Hotel Casa Palacio María Luisa, Jerez de la Frontera, Cádiz, Spain: The Jury grants the Award for the work in Blanco Macael Marble to the CASA PALACIO MARÍA LUISA HOTEL, an imposing and historic palatial house from the early 19th century, which houses the only five-star luxury hotel located in Jerez de la Frontera, Cádiz, Spain. With more than 2,000 square meters of surface, the ‘Blanco Macael’ Marble predominates as a reference material, with small contrasts of Negro Marquina, Rojo Alicante and Crema Cenia, covering this complex that has managed to maintain its classic essence including contemporary elements. Floors, walls, countertops and bathroom sinks look renewed with ‘Blanco Macael’ in this majestic project where all rooms have a different design. The choice of materials and know-how merge into this work, to create a space with great personality. 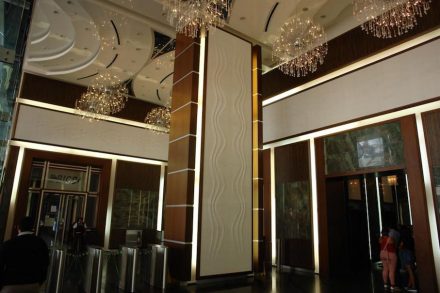 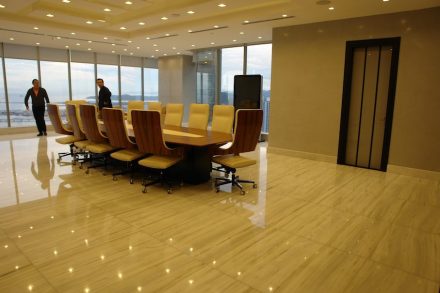 International Award for Latin America: Bisca Financial Center Buidling, Panama City, Panama: The Jury grants awards International Award for Latin America to the BICSA FINANCIAL CENTER BUILDING, which, located in the capital of Panama, is one of the tallest and most representative buildings in Latin America. More than 3000 square meters of ‘Blanco Macael’ Marble listed in 100x100x2 format, combined with Marble Gray Macael, Negro Marquina and Roman Travertine, cover the common areas of this spectacular complex. Several rosettes made with ‘water jet’ technology, in ‘Blanco Macael’, Gris Macael and Negro Marquina stands out in the floor of the main hall. It is an example of success through quality, innovation and know-how of the sector. 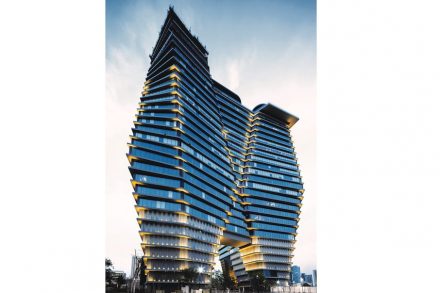 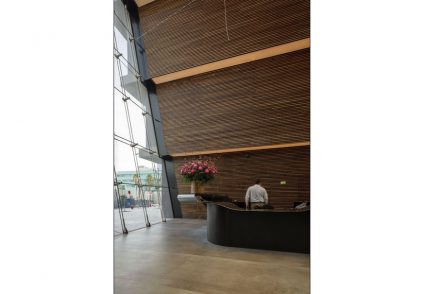 Design Award: Toha, Tel Aviv, Israel: The Jury grants the Design Award to TOHA Building, a genuine 29-floor office complex, located in the center of Tel Aviv and designed by Ron Arad with the local Avner Yashar team. Inspired by the geometry of an iceberg, it houses more than 28,000 square meters of Dekton spread over façade, pavement, elevators, roofs and interior divisions. The pieces, formed by more than 10,000 types, have been manufactured and cut in the Region and transported by ship to Israel. The building emerges from two large legs that widen, progressively, as its height increases, whose objective is to reduce the surface built at street level, to create a large park that provides civic quality, the main strategy of the project. In its geometric versatility, the Dekton surface has been adapted precisely to this formal complexity thanks to its infinite range of formats that cover minimum thicknesses and maximum surfaces. An extraordinary technical work and a radiant aesthetic. 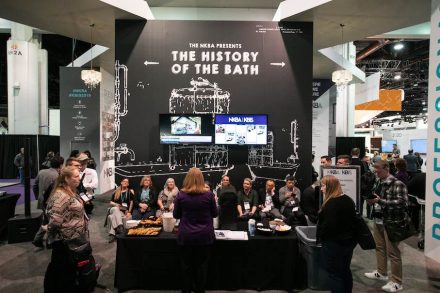 Communication Award: NBKA National Kitchen and Bath Association, USA: The Jury grants the Communication Award, to the NKBA – NATIONAL KITCHEN AND BATH ASSOCIATION which, with more than 50 years of experience in the kitchen and bathroom industry, supports international companies in the sector, helping them to grow and that their products are chosen in the United States. The NKBA publishes the “NKBA Innovation + Inspiration Magazine” to meet the interests and concerns of its members, advises homeowners when choosing a remodeling or construction designer or company, supports specialized study programs in kitchen design and bathrooms and promotes the largest annual international fair dedicated to the kitchen and bathroom industry, KBIS (Kitchen & Bath Industry Show). 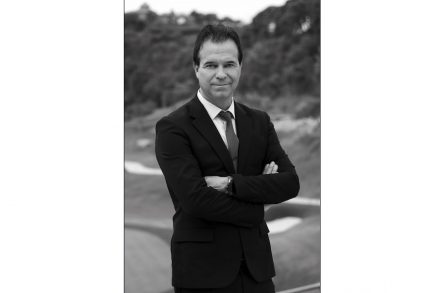 Person Award: Ingnacio Pérez Díaz, CEO Grupo La Zagaleta: The Jury grants the Person Award to IGNACIO PÉREZ DÍAZ, CEO OF GRUPO LA ZAGALETA, for his great commitment and confidence in the companies of the Natural Stone sector, to execute some of the most luxurious and exclusive villas in Europe. During his long career, Gupo La Zagaleta has shown a total commitment to offer the best materials and qualities in his designs, using the stone, constantly, with some of the best architects and interior designers in the world.