Germany has a „Rock of the Year“ and with some success 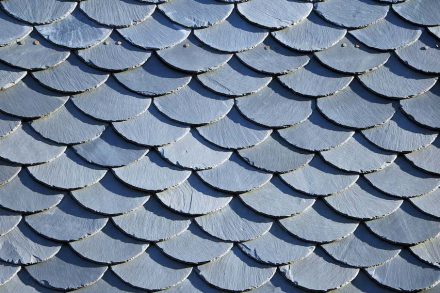 Every year in Germany geologists declare a „Rock of the Year“. With this they want to bring their expertise to the public. Another goal is to make the importance of rocks as raw materials known. This year the andesite was selected – a variety that occurs in Germany and is mined as gravel for railway lines, for example, but which hardly anyone has heard of.

Last year the slate was the rock of the year. Everyone is familiar with it, because in many places there are whole villages with it as façade cladding or on the roof. In addition, some people still remember the time as a school child.

Dr. Christof Ellger of the German Geounion Alfred Wegener Foundation has presented the concept of the Rock of the Year in English in an article for the Journal of European Geologists.

The forerunners of the idea probably lie in the years 1882/83 and 1932/33, when international polar years were proclaimed. The United Nations took up the idea and in 1959 for the first time designated a „Worldwide Year of the Refugee” (Année Mondial du Réfugue).

In Germany, environmentalists first came out with a „Bird of the Year“ in 1971. In the meantime, a veritable proliferation of nominations has spread: in addition to River of the Year and Landscape of the Year, numerous organizations nominate a plant, a mushroom, even a protozoon, and much more every 12 months.

The geologists have been involved since 2007. The initiator is the German Professional Association of Geoscientists (BDG). 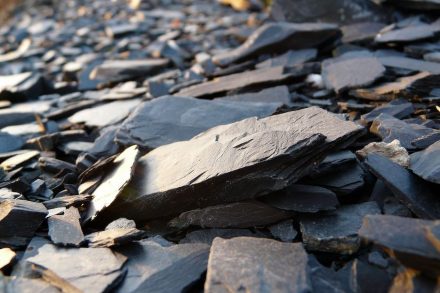 Flyers and press releases are produced for the selected rock, in addition there are lectures in natural history museums or guided tours to outcrops where the rock comes to the surface. A highlight is the „Geosite Day“ on the 3rd Sunday in September.

For, as Christof Ellger writes in the article: „Apart from a small number of exceptions, geology is virtually not taught in schools. “

What is interesting about the initiative is that the geologists see their concern as an obligation to the public: they see it as their own task to bring the subject to the citizen, not as a matter for the citizen to make an effort.

Consequently, the nominated rock will be presented in a popular scientific way: for example, how volcanism has shaped the German landscape and why which rocks have formed in the process. From here the path into history and culture is only a short one.

And: the initiators play the entire media gamut and are happy to include fellow campaigners. When there was a veritable baptism in a slate quarry for the proclamation of the rock of the year 2019, the wines from the region were also served.

In the selection from year to year one tries to give equal consideration to the 3 major categories igneous, sedimentary, metamorphic rocks.

The initiators are also flexible with the limits of science: in 2016 sand was the rock of the year, although it is not really a rock. However, at that time the scarcity of sand as a building material became a global issue.

Christof Ellger looks to the future in a conclusion. „The challenge for the future will be to select rocks that are sufficiently attractive for the media and the public … The initiative itself may improve itself substantially by a range of measures, e.g. with a specific website for the rock of the year and with improved networking between the rocks associations and all the other institutions involved.“

Download European Geologist „Featuring Slate: The German Geoheritage Initiative ,Rock of the Year’ in 2019“
http://www.businessstone.com/pdfs/Rock of the Year.pdf

European Geologist „Featuring Slate: The German Geoheritage Initiative ,Rock of the Year’ in 2019“