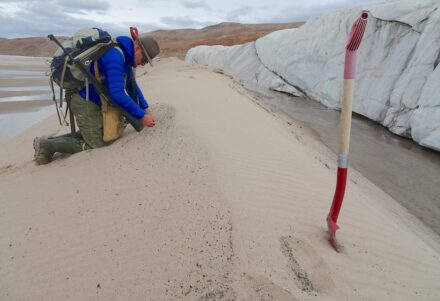 The news went around the world when a Danish and international research team led by Kurt Kjær at the Globe institute at the University of Copenhagen published their discovery of a large impact crater in northwest Greenland in November 2018. The 31-km structure is buried under the Ice Sheet of the Hiawatha glacier. The scientists found that the crater must be very young, seen from a geological perspective, but not precisely how young.

Now, a new study from the group reveals that the crater must almost certainly be younger than 3 million years old, which makes it the youngest of Earth’s 25 large impact craters.

The study is published in The Geological Society of America’s journal Geology and is based on collaboration between scientists at the Geological Survey of Denmark and Greenland (GEUS), the Globe Institute (University of Copenhagen), the Institute of Geoscience (Aarhus University) and the Alfred Wegener Institute, Germany. 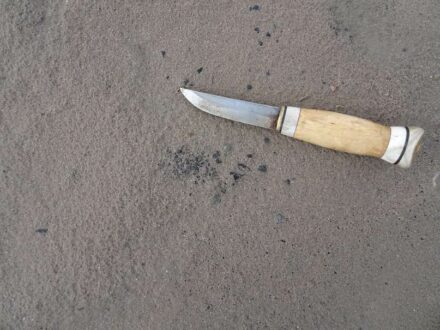 Adam Garde, the first author of the publication and emeritus scientist at the Geological Survey of Denmark and Greenland, explains that “the cellular structures of the charred wood that we recovered in outwash from the hidden crater contained an unexpected clue to the young age of the impact.”

“Under the microscope, one of my coauthors, Jette Dahl-Møller, and I could see that some of the bark cells were full of large, spherical voids and had been greatly expanded as if the fatty material in these cells had been vaporized by extreme and rapid heating.”

“We also found many small grains of shock-melted glass, which both contained fragments of shocked minerals and a lot of finely dispersed organic material. This could not have been incorporated into the glass unless is also itself had been shocked, disintegrated and mixed with the molten rock from the impact.”

With support from other types of analysis of the organic material, the scientists were eventually convinced that the charred wood stemmed from the impact and not from natural wildfires, which could be an alternative explanation for the charring.

The researchers also found out that from preserved cell structures in the charred wood that it stems from conifer trees such as pine, spruce and perhaps larch. 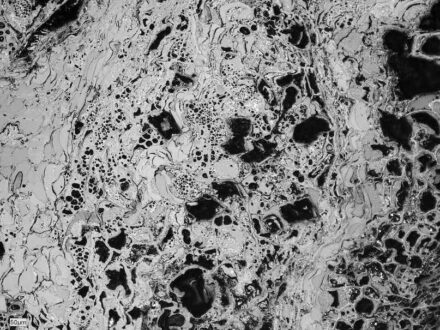 “Today, no conifer trees can grow in the northernmost parts of Greenland at about 80 degrees north, but remnants of thin conifer forests are known from two warmer periods at 2.4 and 3 million years ago, and the meteorite impact therefore took place at or after this time,” Adam Garde explains.

He elaborates that actually, there has also been conifer vegetation in North Greenland during still older warm periods several million years ago, but any organic remains from those much older forests would have been much more downgraded than the wood recovered from the crater.

In the first paper from 2018 that described the discovery of the Hiawatha crater, the authors suggested a very young age of the impact, not least because the internal layering of the Greenland Ice Sheet is strongly disturbed where it covers the crater. However, it was difficult to argue for a precise age. 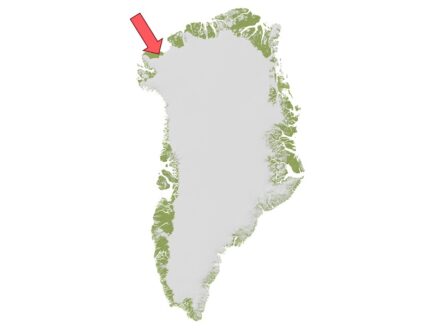 “Perhaps we now have some new means of obtaining not only a maximum age but also an absolute age. In the coming months, we will try to analyze the trace uranium and lead contents of some highly shocked minerals, which we have discovered in material collected last summer. This may yield an absolute, so-called radiometric age of the impact,” says the first author.

Adam Garde further explains that if the impact crater is, in fact, very young, it can be used in climate research.