In the new building “110 Rooms”, situated in the old Eixample district of Barcelona, the architects have implemented the pioneering ideas of 19th century planning in a modern way 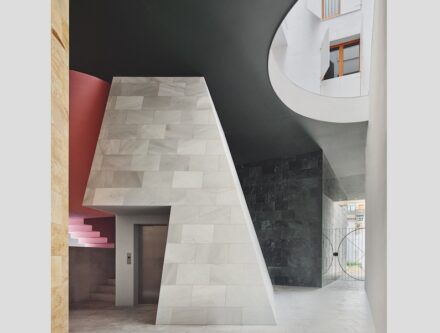 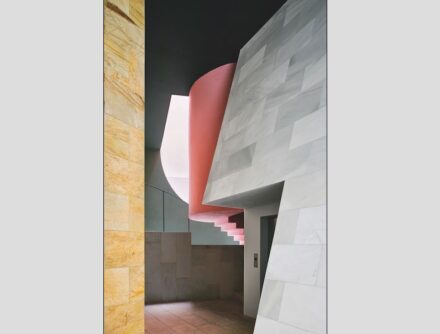 “This project aims to stress everything we considered valuable from the typological housing tradition of the Barcelona’s Eixample,”write the architects of the Estudio Maio Arquitects from Barcelona. Eixample, pronounced laschampla, is the district that was created after 1850 in the course of industrialization and whose planning was characterized by numerous innovative ideas. At that time, Ildefons Cerdà took the regular grid of US cities as a model for his apartment blocks and planned green spaces and open spaces in the inner courtyards (which was not realized due to speculation).

In our case, we are concerned with the new construction of the apartment building with the inconspicuous title “110 Rooms” in the street Provença, on the narrow site of a former hat factory. Even the first floor, with the dimensions of a classical entrance hall, is unusually designed, precisely because the architects wanted to preserve the old Eixample.

In the past, the vestibules of the residential buildings were characterized by representation: in many cases, large and expensive pieces of furniture were placed around the opulent stairways. Marble was a popular material for the floors and walls.

The architects have now brought this into the present in an unusual way: they have turned the decorative pieces into large geometric volumes that extend from floor to ceiling. 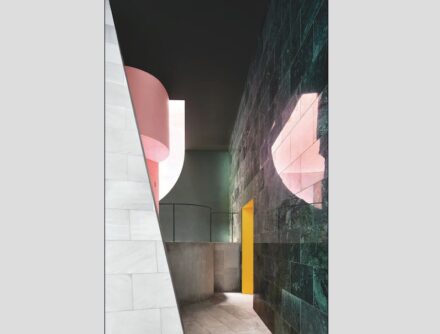 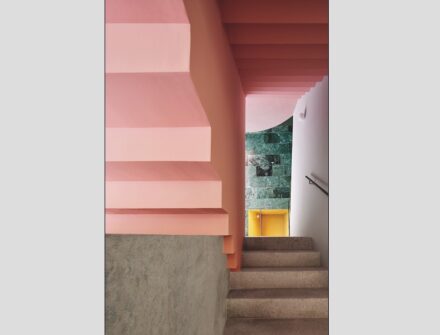 These set accents not only by their shape but also by their color: the volume in the shape of a pentagon is clad with yellow stone and houses the store on the side facing the street; in a pyramid with white marble is the access to the elevator and the underground garage; a cube with dark green serpentinite hides 2 duplex apartments, and in a pink painted cylinder the stairs lead up to the top floors. 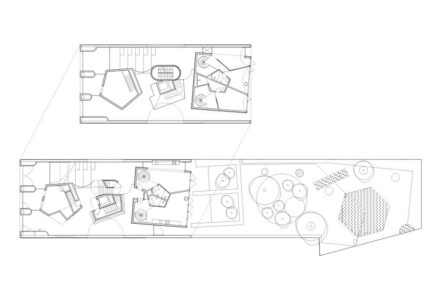 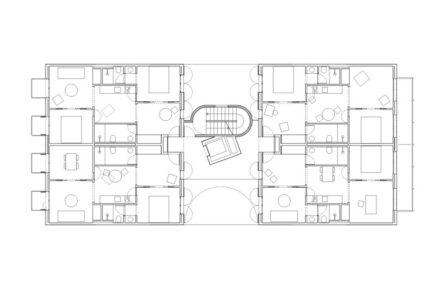 „It literally rains (here) allowing to understand the hall as an extension of the street,” the architects write.

110 rooms (hence the name) are distributed over 5 stories in 4 apartments per floor plus the duplex apartments.

The reference to the old Eixample here is that these rooms are all the same size and that they can be grouped in different numbers to form apartments. 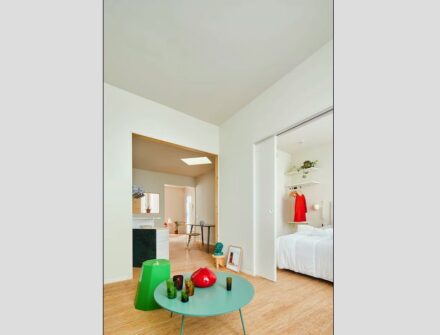 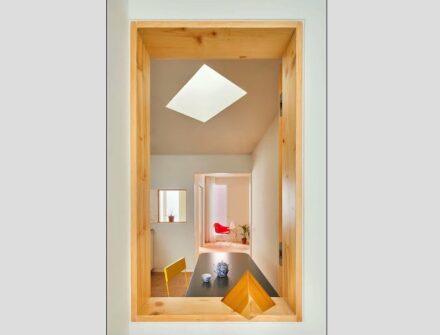 This is possible because access to the apartments is through the kitchen, and the bathrooms are centrally located. By opening or closing partitions, rooms can be connected to or separated from an apartment. However, this leads to passage rooms, as was the case in the old Eixample.

This may seem uncomfortable to some – but this flexibility offers the practical possibility that an apartment can grow with the residents or even become smaller. In large cities, it is a well-known problem that old people stay in apartments that are too big for them, because if they move to a new apartment under a new lease, the smaller apartment would be more expensive than the old, larger one.

The apartments are accessible through an inner core with stairs and lift. It is located in the middle of the building, so that there is daylight for the apartments on this side as well. The other two sides look out onto the street or into a large courtyard with ample green space. 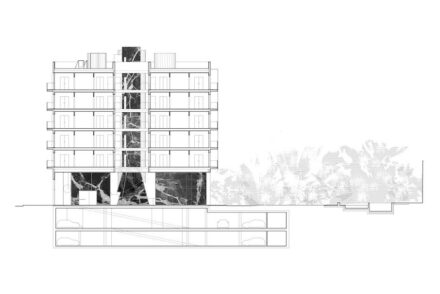 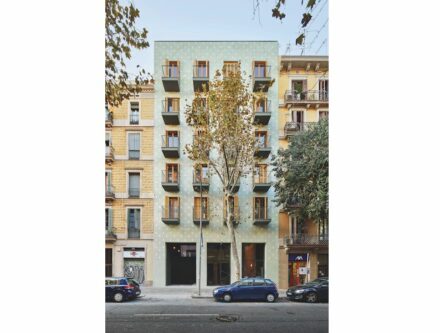 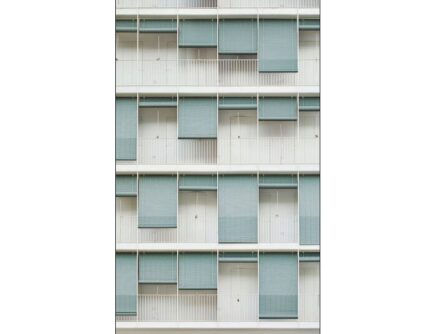