Proceedings of the congress “Monument Future – Decay and Conservation of Stone”: when the outside world harms the stone’s inner life and destroys its durability 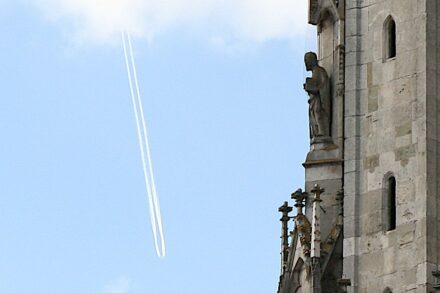 14th International Congress on the Deterioration and Conservation of Stone, planned for September 2020 in Germany, was cancelled, but in the meantime the papers by more than 500 scientists from 27 countries have been presented. They reflect the current state of research on the preservation of important evidence from ancient cultures worldwide.

Main topic in the book are:
* Characterisation of damage phenomena of stone and related building materials (plaster, rendering, mortar etc.),
* Methods for the investigation of stone decay;in-situ and non-destructive testing,
* Long-term monitoring of stone monuments and buildings,
* Simulation and modelling of decay,
* Technology and development of improved treatments and use of stone in new buildings,
* Assessment of long-term effects of treatments,
* Impact of climate change on stone decay of Cultural Heritage,
* Reports about stone conservation: case studies and projects,
* Digitalization and documentation in stone conservation,
* Biological influence on stone decay,
* Case studies/Best practice.

We have picked out 3 lectures at random to show the range of topics. The first 2 were among the keynote lectures of the congress. We always name only the 1st author of the respective paper.

Professor Rolf Snethlage (University of Bamberg) explains in his contribution the concept of a “Risk Number”: it describes the urgency for protective measures on an outdoor monument. Such an evaluation would be important to convince financiers and at the same time protect the most endangered objects with priority.

Snethlage has created an equation in which current damage analyses are combined with predictions about the progress of the damage. With the help of the risk figure, model calculations can also be used to determine, for example, how much effect one can hope to achieve from certain measures.

Dr. Véronique Vergès-Belmin (Champs-sur-Marne) writes about the damage to Notre-Dame Cathedral in Paris after the great fire in April 2019. One of the challenges is to find replacements for the destroyed stones. In the course of restoration work over the last 50 years, a register of the quarries for the World Heritage Site had been drawn up, but: “The need for large volumes, and in particular for hard stones compatible with the Upper Lutetian limestones which were used in the Middle Ages, leads to the need for an evaluation of the geological resource and probably for the prospection of new quarries.“

A special issue in restoration is the exposure to lead, which used to hold the stones together and which was released during the fire in the form “micrometer sized aerosols, which have sprayed discontinuously onto the surfaces.“

Professor Ákos Török (Budapest) has studied volcanic tuffs from Hungary, Germany, Armenia and Mexico. These materials were once widely used for buildings and works of art because they are easy to transport and easy to work with

The investigations showed that the rock variants have very different properties. The tuff, for example, generally has a high tensile strength – despite its many pores – but this can decrease considerably with the absorption of water.

The rock variants also differ greatly in their resistance to forest and salt. “These differences in durability are attributed not only to porosity, but also to pore-size distribution and mirco-fabric, and are influenced by formation processes such as welding“ according to the summary. 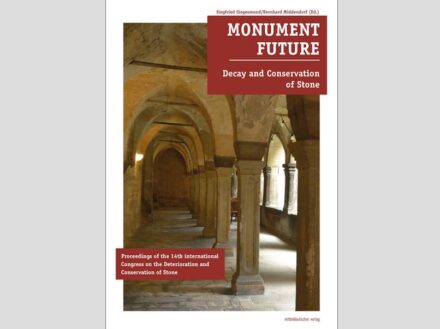 The congress with the title “International Congress on the Deterioration and Conservation of Stone“ was actually supposed to take place from September 7 to 12, 2020 at the Universities of Göttingen and Kassel, but had to be cancelled due to Corona.

The event is held every 4 years in a different city: the first venue was La Rochelle in 1972, followed by Athens, Venice, Louisville, Lausanne, Torun, Lisbon, Berlin, Venice, Stockholm, Torun, New York and Paisley. It is organized by the International Scientific Committee for Stone (ISCS), a subdivision of the International Councils on Monuments and Sites (ICOMOS), which advises the UNESCO World Heritage Commission.

This time the event was led by Prof. Siegfried Siegesmund (University of Göttingen) and Bernhard Middendorf (University of Kassel) and sponsored by the German Federal Einvionmental Foundation (DBU), the German Science Foundation (DFG), and the companies Kärcher, Remmers, Tubag, Focus GmbH, and IBZ Salzchemie.

Editor’s note: like the stone the articles are about, the publication is also weighty: it puts 4.1 kg on the bookshelf. This is also reflected in the thickness of the book: 6 cm, more than 2 volumes Steven King.