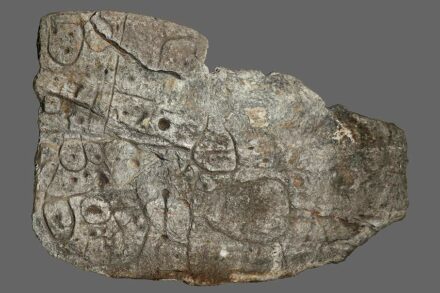 A stone slab from the Early Bronze Age, discovered more than 100 years ago in the far west of Brittany in the Finistère region, could be the oldest map by humans in Europe. According to the latest research, the relief in the lump of stone, measuring 2.2 m x 1.5 m and weighing about a ton, seems to represent a landscape from the so-called Black Mountains and thus show the domain of a ruler of the time.

Brittany is known for its menhirs, which probably date from the Late Bronze Age or the Early Iron Age.

The “Engraved Stone Slab of Saint-Bélec“, as is the name, was discovered in 1900 by the archaeologist Paul du Chatellier in a large burial mound dating from the Early Bronze Age (1900-1600 BC). The exact site is near the present-day village of Leuhan in Finistère.

At that time, 15 workers had been needed to extract the piece from the tumulus, where it had served as a wall. After some detours, it had been bought by the National Archaeological Museum and forgotten in the collections in the cellar since 1924. 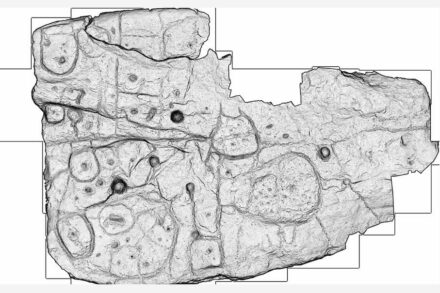 Now, scientists have re-examined the find with the striking relief using modern methods.

According to the museum’s webpage, the structures “are organized in a relatively homogeneous composition … whose repeating motifs of circular and quadrangular shapes and depressions, connected by lines, represent geographical markers and symbols. Comparisons with similar depictions from prehistoric times in Europe and elsewhere in the world indicate that it may be a topographic map.”

And further, “examination of the surface shows that it has been deliberately designed: part of the Odet Valley can be seen, in particular with the Coadri Hills, the Black Mountains and the Landudal Massif. Several engraved motifs also suggest various structures of the Early Bronze Age, including an enclosure, a possible plot system, burial mounds, and paths.“

Perhaps the relief represents a territory “once controlled by a powerful prince of the Early Bronze Age. It bears witness to a strongly hierarchical society led by a small, rather male warrior elite,“ as said on the webpage.

Perhaps the slab had been reused when it was taken as a wall for the burial mound.