After 16 years of renovation, La Samaritaine in Paris can once again be experienced as a temple of consumerism 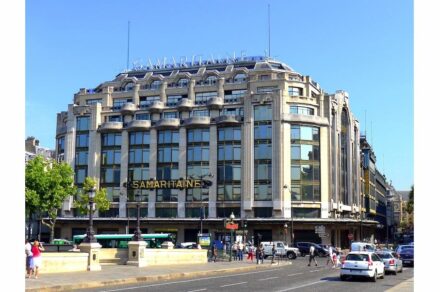 The facades facing the Seine are striking, with magnificent natural stone decor in Art Nouveau echoing the Second Empire and Baron Haussmann

Paris has its temple of consumerism La Samaritaine back, renovated for 16 years and reopened on June 23, 2021. The ensemble of buildings, located directly on the Seine and Pont Neuf, again exudes the elegance and style of the department stores of the early 20th century, when the preform of shopping was invented and the middle class was introduced to the world of stylish consumption in the magnificent buildings.

Actually, the department store is 4 separate buildings spread over 2 blocks on Quai du Louvre and Rue de Rivoli. They were built in stages after 1870. The commissioner was the married couple Ernest Cognacq and Louise Jaÿ, who had worked their way up from very small beginnings as a street vendor and a saleswoman, respectively, to become wealthy entrepreneurs in the decades before.

The building extensions by the Art Nouveau architect Frantz Jourdain between 1903 and 1907 were particularly striking. 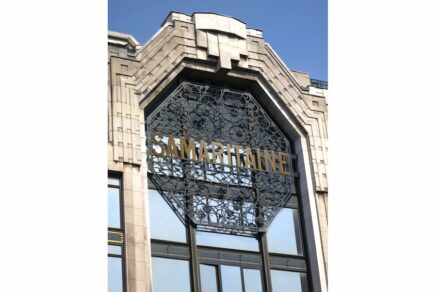 The facades with the impressive pillars of natural stone go back to his pupil Henri Sauvage: the city had previously mocked the designs in Art Nouveau style with a lot of glass, so the architect took a cue from the Paris of Baron Haussmann and the Second Empire and added the stone decoration of Comblanchien limestone on the outside.

Even though the stone blocks on the first floor are massive and one meter thick, they have no bearing function. Before the renovation, they were badly damaged and had become very unsightly with numerous spalling.

Comblanchien limestone, also marketed as marble because of its veins, comes from the town with the same name in Burgundy. It has a very fine crystal structure, which is why it is popular with architects. It was also used in the Opera Garnier or, more recently, for the staircase under the pyramid of the Louvre.

After the renovation, all facades shine again in their original beauty. A special feature is the Art Nouveau tiles, covered with enamel on lava stone as porter.

The corrugated glass outer skin on the new Magasin 4 building facing the rue de Rivoli is new. The architects of the Japanese firm Sanaa, leading the renovation, were responsible for it. Again, there was a fierce dispute with opponents of the design, so that the work had to be stopped for several years.

A special jewel in the interior is again the glass roof and the monumental staircase in Art Nouveau style. Meticulous attention to detail was paid during the renovation. 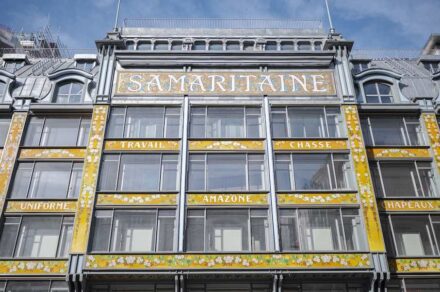 Numerous exclusive types of marble were used for the floors on different floors and for other details. New York designer Karin Pearse was in charge of this work.

The luxury group LVMH informs that the renovation costs were around €500 million. In addition to its use as a temple of consumerism, the complex now also houses a 5-star hotel, 96 social housing apartments, offices and a crèche.

Funny are the two videos that we have linked below. They tell of the 1960s and 1970s when the department store had to woo customers with the slogan “On trouve tout à la Samaritaine“ (At Samaritaine you find everything). After losses in the 1990s, it was sold to LVMH in 2001. Most recently, the building’s fabric was in such disrepair that the ensemble was closed due to fire danger.

The name La Samaritaine goes back to a pumping station that supplied the Louvre and the Tuileries with water from the Seine.

The building and company are described in detail in the book “La Samaritaine“ (Jean-François CABESTAN et Hubert LEMPEREUR, Editions Picard, 2015). 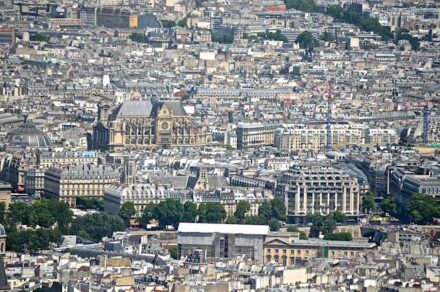