13 cultural properties newly inscribed in Unesco’s List of World Heritage, among them many stone structures 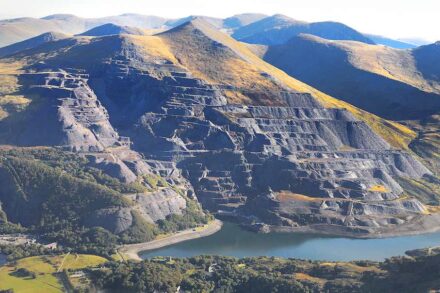 Sites must be of outstanding importance for humanity, not only for one nation or one region

Thirteen cultural properties were inscribed in the Unesco World Heritage List during the 44th session of the committee held July 16-31 2021 in Fuzhou (China) and as online meeting, respectively. Liverpool was removed from the list.

We show the newly inscribed sites. 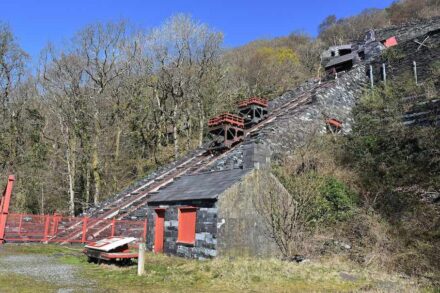 The Slate Landscape of Northwest Wales illustrates the transformation that industrial slate quarrying and mining brought about in the traditional rural environment of the mountains and valleys of the Snowdon massif. The territory became an industrial centre for slate production during the Industrial Revolution (1780-1914). Today can be sseen relict quarries and mines, archaeological sites related to slate industrial processing, historical settlements, both living and relict, historic gardens and grand country houses, ports, harbours and quays, and railway and road systems illustrating the functional and social linkages of the relict slate industrial landscape. The property was internationally significant not only for the export of slates, but also for the export of technology and skilled workers from the 1780s to the early 20th century. It offers an important and remarkable example of interchange of materials, technology and human values. 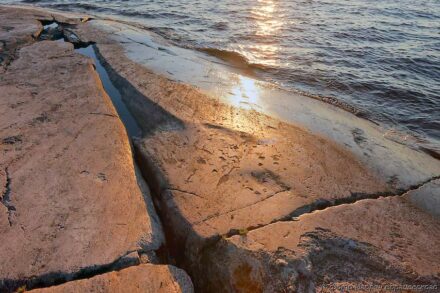 Petroglyphs of Lake Onega and the White Sea: The site contains 4,500 petroglyphs carved in the rocks during the Neolithic period dated 6 to 7 thousand years ago and located in the Republic of Karelia in the Russian Federation. It is one of the largest such sites in Europe with petroglyphs that document Neolithic culture in Fennoscandia. The rock art figures at Lake Onega mostly represents birds, animals, half human and half animal figures as well as geometric shapes that may be symbols of the moon and the sun. The petroglyphs of the White Sea are mostly composed of carvings depicting hunting and sailing scenes including their related equipment as well as animal and human footprints. They show significant artistic qualities and testify to the creativity of the Stone Age. The petroglyphs are associated with sites including settlements and burial grounds. 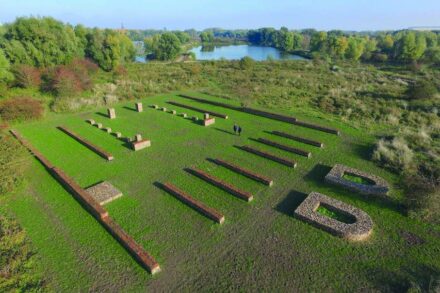 Frontiers of the Roman Empire – The Lower German Limes: Following the left bank of the Lower Rhine River for approximately 400 km from the Rhenish Massif in Germany to the North Sea coast in the Netherlands, the transnational property consist of 102 components from one section of the frontiers of the Roman Empire, which in the 2nd century CE, stretched across Europe, the Near East, and North Africa, over 7,500 km. The property comprises military and civilian sites and infrastructure that marked the edge of Lower Germany from the 1st to 5th centuries CE. Archaeological remains in the property include military bases, forts, fortlets, towers, temporary camps, roads, harbours, a fleet base, a canal, and an aqueduct, as well as civilian settlements, towns, cemeteries, sanctuaries, an amphitheatre, and a palace. Almost all of these archaeological remains are buried underground. 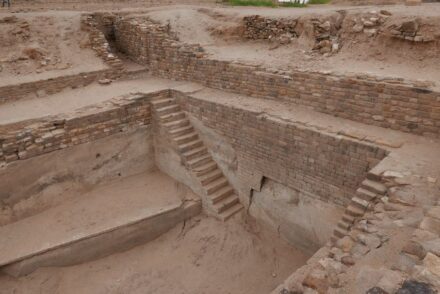 Dholavira: a Harappan City: The ancient city of Dholavira, the southern centre of the Harappan Civilization, is sited on the arid island of Khadir in the State of Gujarat in India. Occupied between ca. 3000-1500 BCE, the archaeological site, one of the best preserved urban settlements from the period in Southeast Asia, comprises a fortified city and a cemetery. A sophisticated water management system demonstrates the ingenuity of the Dholavira people in their struggle to survive and thrive in a harsh environment. Bead processing workshops and artifacts of various kinds such as copper, shell, stone, jewellery of semi-precious stones, terracotta, gold, ivory and other materials have been found. Evidence for inter-regional trade with other Harappan cities, as well as with cities in the Mesopotamia region and the Oman peninsula have also been discovered. 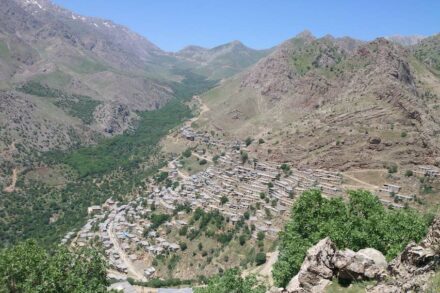 Cultural Landscape of Hawraman/Uramanat: The remote and mountainous landscape of Hawraman/Uramanat bears testimony to the traditional culture of the Hawrami people, an agropastoral Kurdish tribe that has inhabited the region along the western border of Iran since about 3000 BCE. The mode of human habitation in the valleys has been adapted over millennia to the rough mountainous environment: Tiered steep-slope planning and architecture, gardening on dry-stone terraces, livestock breeding, and seasonal vertical migration are among the distinctive features of the local culture. The villages illustrate the Hawrami people’s evolving responses to the scarcity of productive land in their mountainous environment through the millennia. 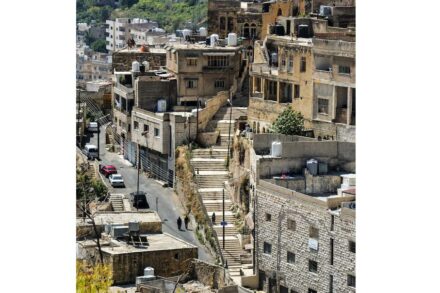 As-Salt – The Place of Tolerance and Urban Hospitality: Built on three closely-spaced hills in the Balqa highland of west-central Jordan, the city of As-Salt, was an important trading link between the eastern desert and the west. During ist Golden Age between 1860s to 1920s, it attracted skilled craftsmen from different parts of the region who brought up an architecture with large public buildings and family residences constructed of local yellow limestone. The city’s non-segregated development expresses tolerance between Muslims and Christians who developed traditions of hospitality evidenced in Madafas (guest houses, known as Dawaween) and the social welfare system known as Takaful Ijtimai’. 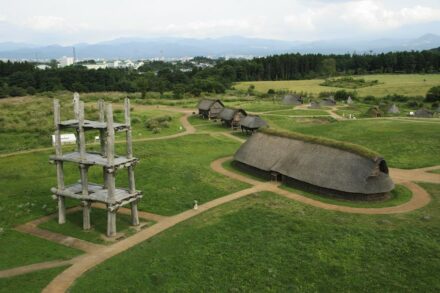 Jomon Prehistoric Sites in Northern Japan: The property consists of 17 archaeological sites in the southern part of Hokkaido Island and northern Tohoku in geographical settings ranging from mountains and hills to plains and lowlands, from inland bays to lakes, and rivers. They bear a unique testimony to the development over some 10,000 years of the pre-agricultural yet sedentary Jomon culture and its complex spiritual belief system and rituals. It attests to the emergence, development, maturity and adaptability to environmental changes of a sedentary hunter-fisher-gatherer society which developed from about 13,000 BCE. Expressions of Jomon spirituality were given tangible form in objects such as lacquered pots, clay tablets with the impression of feet, the famous goggle eyed dogu figurines, as well as in ritual places including earthworks and large stone circles reaching diameters of more than 50 metres. The serial property testifies to the rare and very early development of pre-agricultural sedentism from emergence to maturity. 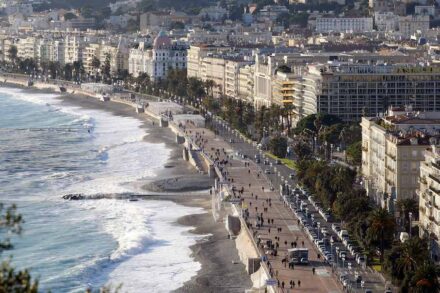 Nice, Winter Resort Town of the French Riviera: The Mediterranean city Nice, near the French-Italian border, bears witness to the evolution of the winter climatic resort due to the city’s mild climate and seaside location at the foot of the Alps. From the middle of the 18th century, Nice attracted an increasing number of aristocratic and upper-class families, mainly British, who took to spending their winters there. In 1832, Nice, then part of the Kingdom of Savoy-Piedmont-Sardinia, adopted a regulatory urban plan aiming to make it attractive to foreigners. Shortly thereafter, the Camin dei Inglesi, a modest 2-metre wide path along the sea shore, was expanded to become a prestigious promenade, known as the Promenade des Anglais after the city was ceded to France in 1860. Over the next century, an increasing number of winter residents from other countries, notably Russia, flocked to the city. The diverse cultural influences and the desire to make the most of the climatic conditions and scenery of the place, shaped the urban. 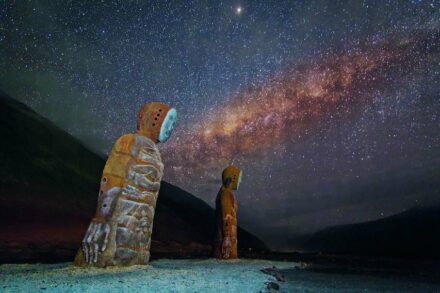 Settlement and Artificial Mummification of the Chinchorro Culture in the Arica and Parinacota Region: The property in Chile consists of three components: Faldeo Norte del Morro de Arica, Colón 10, both in the city of Arica, and Desembocadura de Camarones, in a rural environment some 100km further south. Together they bear testimony to a culture of marine hunter-gatherers who resided in the arid and hostile northern coast of the Atacama Desert from approximately 5450 BCE to 890 BCE. The property presents the oldest known archaeological evidence of the artificial mummification of bodies with cemeteries that contain both artificially mummified bodies and some that were preserved due to environmental conditions. Over time, the Chinchorro perfected complex mortuary practices, whereby they systematically dismembered and reassembled bodies of deceased men, women and children of the entire social spectrum to create “artificial” mummies. 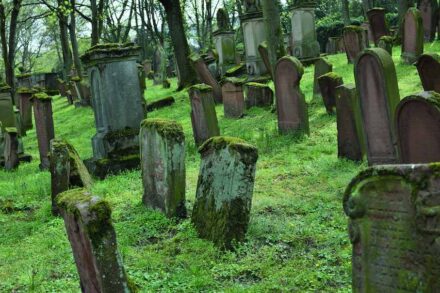 ShUM Sites of Speyer, Worms and Mainz: Located in the former Imperial cathedral cities of Speyer, Worms and Mainz, in the Upper Rhine Valley, the serial site comprises the Speyer Jewry-Court, with the structures of the synagogue and women’s shul (Yiddish for synagogue), the archaeological vestiges of the yeshiva (religious school), the courtyard and the still intact underground mikveh (ritual bath), which has retained its high architectural and building quality. The four component sites tangibly reflect the early emergence of distinctive Ashkenaz customs and the development and settlement pattern of the ShUM communities, particularly between the 11th and the 14th centuries. The buildings that constitute the property served as prototypes for later Jewish community and religious buildings as well as cemeteries in Europe. The acronym ShUM stands for the Hebrew initials of Speyer, Worms and Mainz. 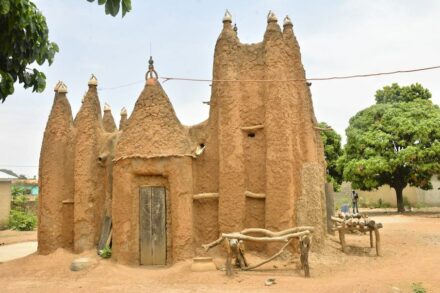 Sudanese style mosques in northern Côte d’Ivoire: The eight small adobe mosques, at Tengréla, Kouto, Sorobango, Samatiguila, M’Bengué, Kong and Kaouara are characterized by protruding timbers, vertical buttresses crowned by pottery or ostrich eggs, and tapering minarets. They present an interpretation of an architectural style thought to have originated around the 14th century in the town of Djenné, then part of the Empire of Mali, which prospered from the trade in gold and salt across the Sahara to North Africa. Particularly from the 16th century, the style spread south from the desert regions into the Sudanese savannah, becoming lower and developing stouter buttresses in response to the wetter climate. The mosques are the best conserved of 20 such edifices that remain in Côte d’Ivoire. They present highly important testimonies to the trans-Saharan trade that facilitated the expansion of Islam and Islamic culture and reflect a fusion of Islamic and local architectural forms in a highly distinctive style that has persisted over time. 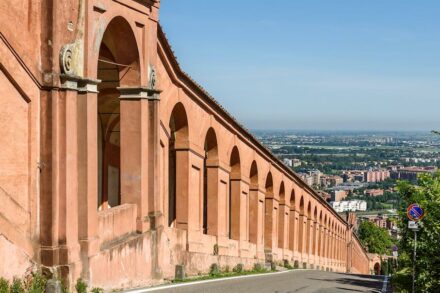 The Porticoes of Bologna: The serial property comprises twelve component parts consisting of ensembles of porticoes and their surrounding built areas, located within the Municipality of Bologna from the 12th century to the present. These portico ensembles are considered to be the most representative among city’s porticoes, which cover a total stretch of 62 km. Some are built of wood, others of stone or brick, as well as reinforced concrete, covering roads, squares, paths and walkways, either on one or both sides of a street. The porticoes are appreciated as sheltered walkways and prime locations for merchant activities. In the 20th century, the use of concrete allowed the replacement of the traditional vaulted arcades with new building possibilities and a new architectural language for the porticoes emerged, as exemplified in the Barca district. 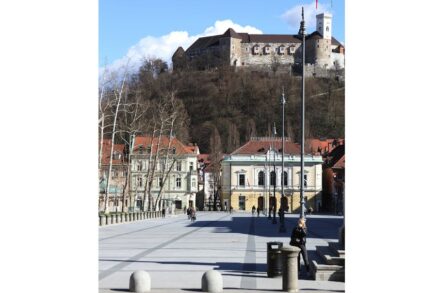 The works of Jože Plečnik in Ljubljana – Human Centred Urban Design: The work Jože Plečnik carried in Ljubljana between World War I and World War II present an example of a human centred urban design that successively changed the identity of the city following the dissolution of the Austro-Hungarian Empire, when it changed from a provincial city into the symbolic capital of the people of Slovenia. The property consists of a series of public spaces (squares, parks, streets, promenades, bridges) and public institutions (national library, churches, markets, funerary complex) that were sensitively integrated into the pre-existing urban, natural and cultural context and contributed to the city’s new identity. This highly contextual and human-scale urbanistic approach, as well as architect Jože Plečnik’s distinctive architectural idiom, stand apart from the other predominant modernist principles of his time.