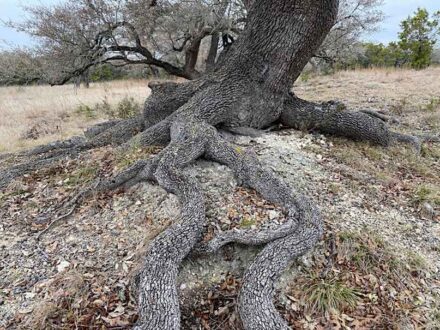 For those plants, the rock is a regular source of moisture, not only an emergency reserve during droughts

You can’t squeeze water from a rock (only Moses could, obeying the commands of God, Exodus 17, 3-7). But tree roots can – and they’re doing it more frequently than scientists previously thought, with a new study finding that bedrock is a regular water source for trees across the United States, not just an emergency reserve during droughts.
The discovery, led by researchers with The University of Texas at Austin and published in Nature, overturns long-held assumptions about where trees get their water and leads to new ideas about how forest ecosystems function. It also demonstrates the necessity of accounting for rock moisture — the water clinging to cracks and pores in underground rocks — when making predictions about how forests will respond to climate change.

“With droughts intensifying, bedrock could be as key to understanding our forests as soils,” said study co-author Daniella Rempe, an assistant professor at the UT Jackson School of Geosciences. 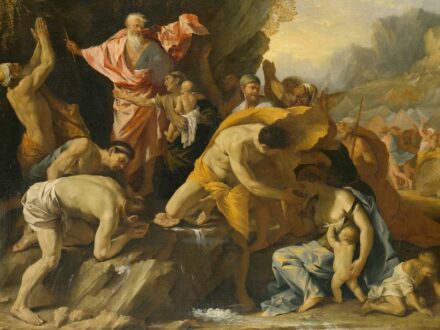 Erica McCormick, a research assistant in the Rempe lab who conducted the research as a Jackson School undergraduate, led the study.

For more than a century, scientists around the world have been documenting trees’ rooting into bedrock. But these roots have largely been treated as a curiosity, with scientists considering soil the de facto source of water for most trees, Rempe said. And although experiments at field sites have provided direct evidence of trees tapping rock moisture and relying on it during droughts, questions remained about how extensive this phenomenon may be.

By combining public data sets that tracked precipitation and evaporation in forests from 2003 to 2017 with field studies in Texas and California, the researchers found that trees tapping bedrock is far from rare: It’s happening across the country, with the scientists detecting the behavior in about 24% of forests and shrubland — an area greater than the size of Texas. 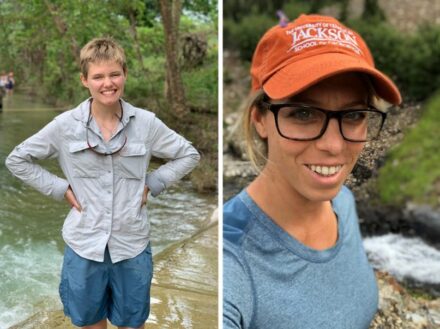 The research presents a conservative estimate of bedrock water used by forests. Rempe estimates that overall the actual extent and amount of rock tapping to potentially be double what’s presented in the study.

In addition to demonstrating that trees commonly tap roots into bedrock water stores, the study shows that trees are moving large volumes of water. In California alone, the amount of bedrock water taken up by forests each year exceeds the capacity of all of the state’s human-made reservoirs.

In addition to providing a cross-country view, the study presents data from individual field sites in Central Texas and California showing that rock moisture can outdo soil as a water source. For example, at six sites in California and two in Central Texas, more than 50% of water released by trees came from rock moisture. At most of these sites, the rocks held significantly more water than soil did — up to 10 times as much.

Although it’s clear that rock moisture plays a critical role in sustaining forests, more research is needed to know how and when trees access water locked away in rocks.

Source: University of Texas at Austin