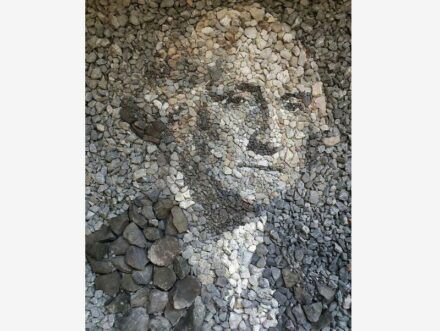 The British artist creates ephemeral land art that takes a lot of work to create, yet he simply leaves it on the beach or on a path

Justin Bateman’s art could be described as “pebble painting“. That’s because in his way of rendering, pebbles take on all the roles: they provide the color, are the brushstroke, and even canvas and frame.

Bateman likes to create his works of art on beaches, on paths in the forest or even in parking lots.
The motifs are often copies of world-famous works of art, sometimes photos of unknown people. For example, he once placed the Mona Lisa on a beach. On a railroad line in Thailand, “where there was an abundance of stones,“ as he writes, he created the image of George Washington. On the choice of materials for it, his webpage states: “I did have to wash the stones – as I collected them from a railroad.“ 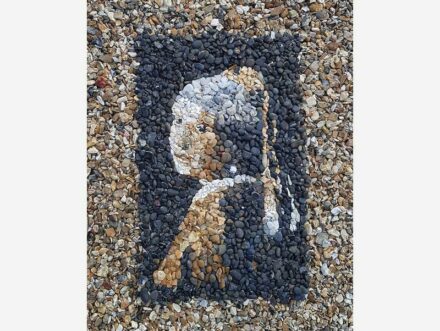 This is worth mentioning, because in general he doesn’t touch the little stones beyond just collecting them. He doesn’t cut them, doesn’t paint them, and usually scatters them back where he brought them from.

He calls his art Land-Art. As is common in this art movement, after finishing a work, he takes a photo and leaves the original behind. “My work is ephemeral, like the seasons.“ 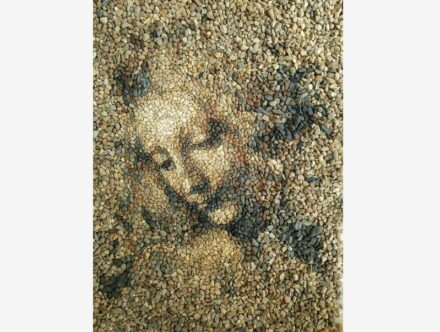 At this point, at the latest, one must add that there are always very concrete plans for a work of art. For example, he gets an idea while walking in his adopted country Thailand or while meditating; then he looks for a real picture as a model. He analyzes its color tones (“my stonal values,“ as he puts it) and on the basis of these he finds the matching little stones.

On videos, you can see the final application of the stones in fast motion.

We emailed him that this reminded us very much of the work of a person sowing seed. He liked the comparison and took up the idea: “Wheat was not necessarily cultivated by man, but the other way around. Its a clever crop – cultivating man to propagate itself.” And he adds: “I do not have ideas, ideas have me.“ 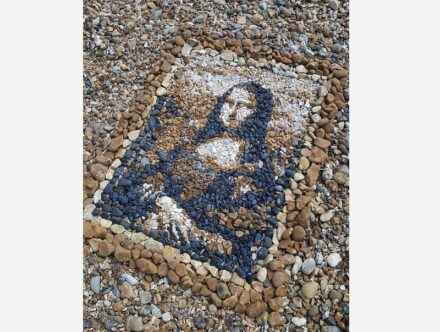 “Sometimes it is like a meditation, at other times it can feel stressful!“ Then follows another sentence in which his humor shines: “It depends on how well the stones are behaving, haha.“

The size of his floor paintings ranges from 1 m² to 6 m². Accordingly, the time spent is measured in days or in weeks. “It can be a lonely pursuit … and requires absolute focus to complete.“

Even though demand is now very high, he very rarely creates permanent work. In an email, he almost apologizes for this, but says it’s not his thing. “A limited number of prints will be available in future,“ he adds. 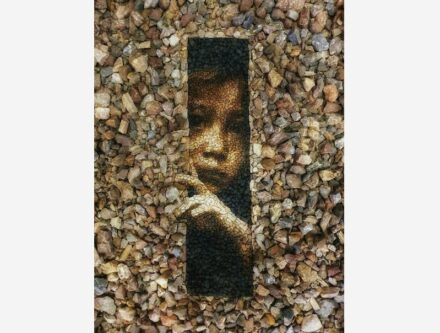 Bateman hails from Southsea, a district of the port city of Portsmouth on England’s Channel coast. He is a trained teacher of art and creative marketing and was even awarded the title “Outstanding Lecturer of the Year 2017“ for one course.

He made the first work from beach pebbles with a group of students on the beach in Portsmouth.

He has a soft spot for the cultures in Asia and the people there. In an interview, he references Tibetan monks who spend hours forming mandalas in sand, only to blow them away when they’re finished.

“In a world with a voracious appetite for ‘more’, I prefer to use less.“ 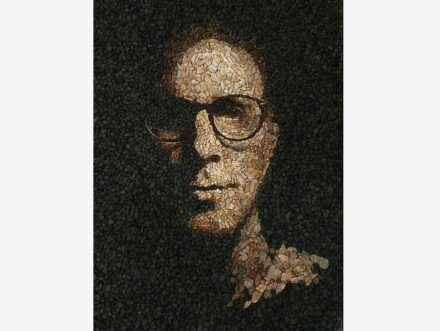 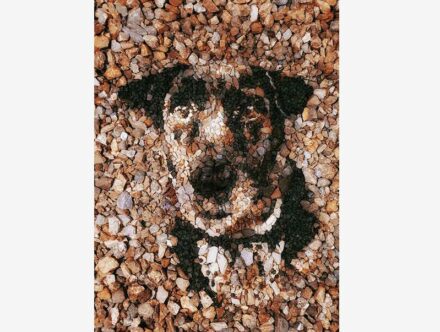 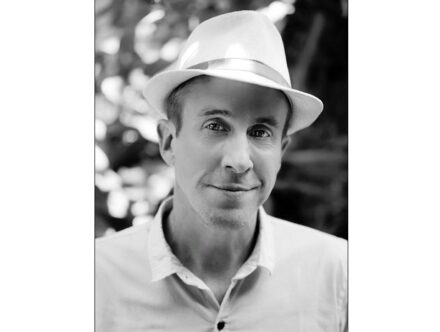