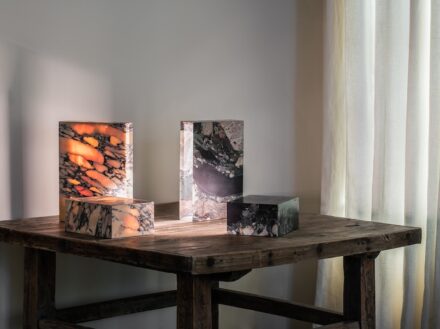 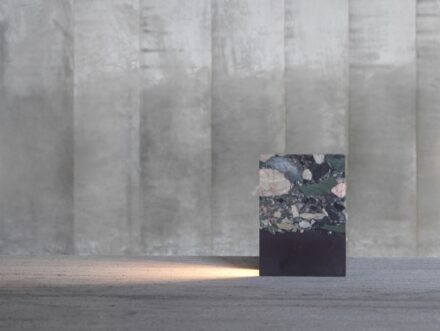 Simply “Book“ is the name of a new object by Belgian designer Koen Van Guijze, and as simple as the design is, the possibilities for interpreting what the artist wants to express with it are endless:
* Does he want to pay tribute to books as a treasure trove of knowledge by letting enlightenment fall out from within?
* Does he want to thematize the fragility of knowledge by making the whole object look like a protective box (slipcase), where the precious inside is protected from the brutal reality outside?
* Or, conversely, does he want to represent precisely the strength and durability of knowledge by making the cover pages of the book of thin slabs of stone?

The reader will notice: the work of Koen Van Guijze has nudged us, and so we have once again conjured inspiration. In reality, however, his “Book“ is meant as a mundane everyday object, namely a table lamp on the borderline between art and product design. Lamps and light are the field in which the designer has been active since 1986, recently also with his own creations. 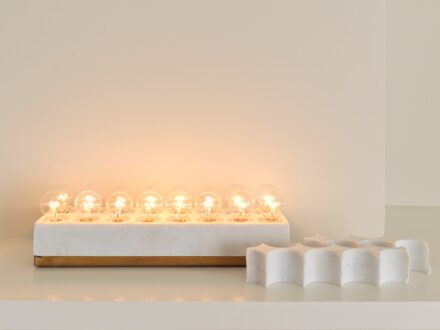 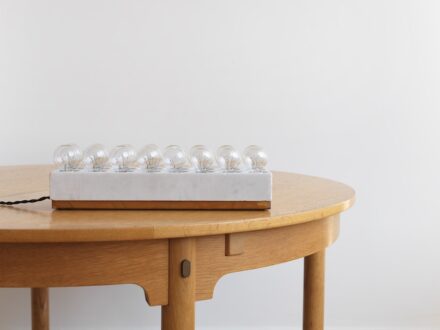 A press release outlines his style as: “Contemporary, sometimes playful, sometimes rough and brutalist, but always imbued with sophisticated details and made of ‘real’ or authentic materials, such as marble, brass, paper, concrete or ceramics. In keeping with the traditional Japanese philosophy of wabi-sabi, Van Guijze loves ‘imperfectionism’.“ 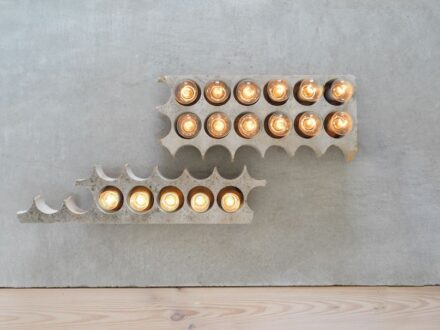 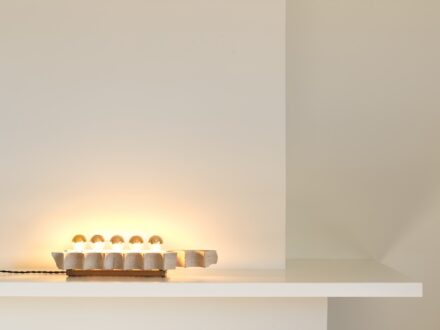 It is obvious that he sometimes also uses the material in a state of non-perfection, gladly consisting of remnants. 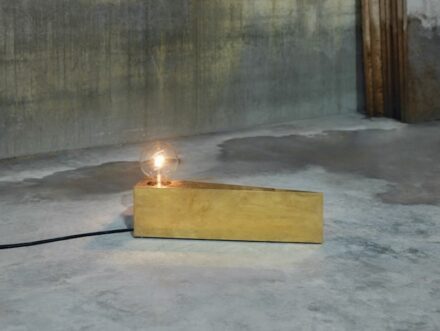 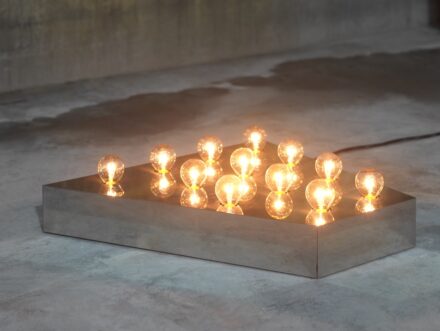 In addition, Koen Van Guijze also makes fun with his creations, for example, in the case of the table lamp “Spy“ in the form of a piece of cake or “Gruyère“, that object with the name and shape of cheese. 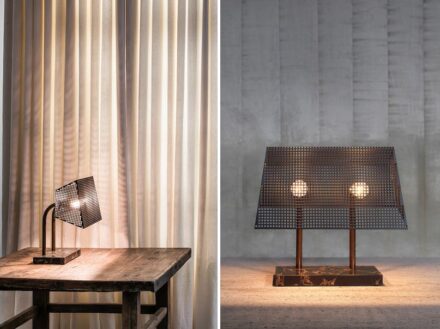 The table lamp “Trapèze“, on the other hand, is rather conventional, well, at least as far as the stone base is concerned. 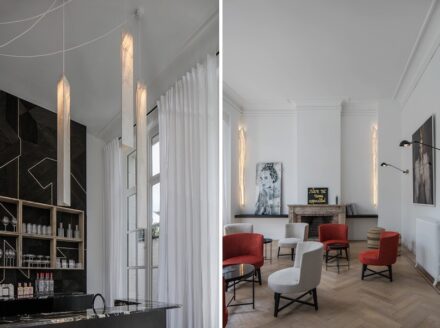 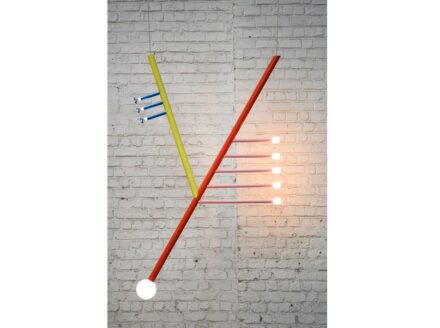 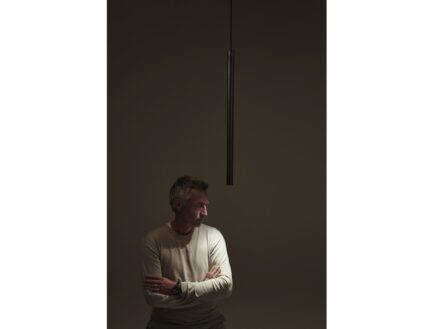