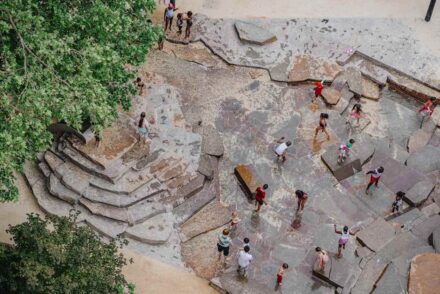 The facility was designed with porphyry from northern Italy

Elephant Springs in London is a fine example of how natural stone can be used to bring a sense of nature into a densely populated area in a major city. It is a water playground in Elephant Park with an arrangement of multi-colored porphyry in the center. It is not only the material that exudes naturalness – the seemingly random arrangement of the thick boulders gives the impression that forces from the earth’s interior have acted here and raised the mini-mound with the watercourse.

The design came from the landscape architects of Gillespies with the participation of artist Mel Chantry of The Fountain Workshop, who had already designed the watercourse in Kensington Garden as a memorial to Lady Diana.

The whole thing has nothing to do with elephants. However, the playground, which was completed in June 2021, is part of Elephant Park, which in turn is part of the Elephant and Castle area. The name of the latter, in turn, comes from an ancient Coaching Inn in what is now London’s Southwark. 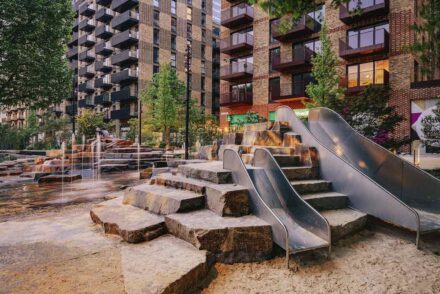 The park has been renovated in recent years. The declared aim of the city planners from the Lendlease company and the responsible administration was to upgrade the area and thus achieve greater identification with their living space among the residents.

The reports in the press prove that this has been achieved. In the middle of the green area of the park, where many old trees have been preserved and new ones planted, there is now the water playground with about 420 m² area. There is real hustle and bustle there not only on hot summer days. 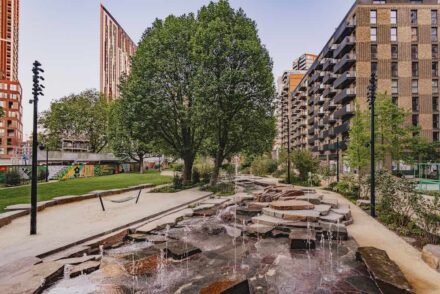 It is porphyry from the Abiano region not far from the city of Trento in northern Italy. The Filippi company quarries the rock there. 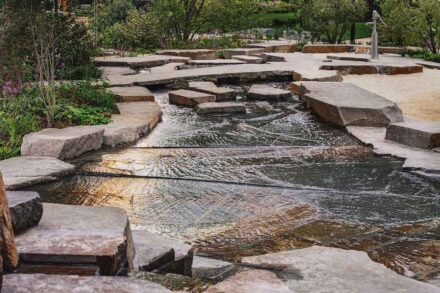 A special feature was that the complete installation was pre-assembled in the quarry from about 600 individual chunks weighing a total of 300 tons, as Eric Bignell, editor-in-chief of the British magazine Stone Specialist, reports on his web page: This included “recording it by GPS so it could be reproduced once it arrived in the UK.“ From the British firm Hardscapes came the 3D renderings of the architects’ designs.

The park’s regeneration won one of the New London Architecture awards for 2021. 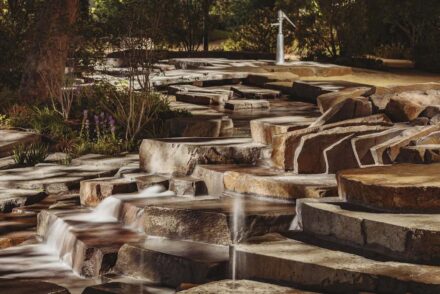 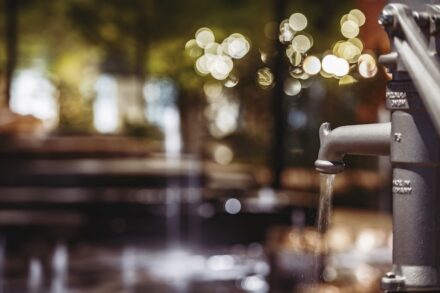 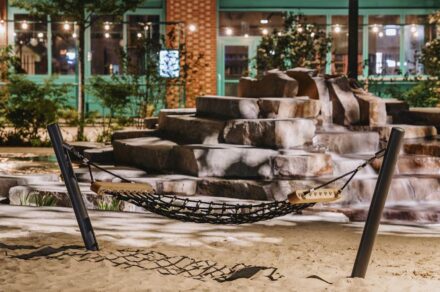