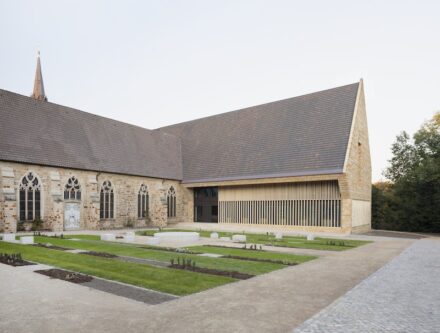 The building whose architecture was awarded the German Natural Stone Prize 2022 is quite inconspicuous: it is the new building for the library of the monastery of Loccum in the town of Rehburg-Loccum not far from the city of Hanover, Germany. The hallmark of its architecture by pape+pape architekten, Kassel, is that the peace and quiet of studying books is carried to the outside, and the building blends in with the community of buildings, like the individuals in a religious community. 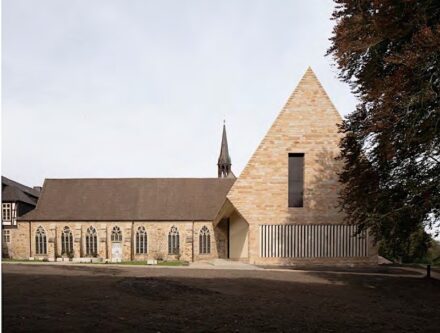 The overall complex bears elements of a late Romanesque style, the church dates from around 1250. The new building picks up its silhouette, at least seen from the side.

The jury particularly praised how “the new building takes up the austerity and simplicity of the collegiate church and continues it in a modern architectural language without using historicizing elements.“ The local sandstone used also characterizes the adjacent old buildings, but the new building is recognizably set apart in that the stones are offset in a much more regular pattern. Ashlar with three different heights in lengths of 30 to 50 cm were used.

While one can see from the regular joint pattern the machine cutting of the stones, their front is rough, like the old building next to it.

The window of the new building has a modern design in that it occupies the entire wall and is set back behind vertical wooden slats. 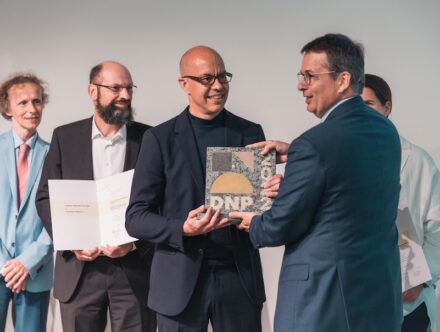 In its conclusion on the use of natural stone, the jury wrote: “The considered and extremely sensitive use of this most primal building material of mankind gives the ensemble now completed a naturalness, a lightness and, not least, an elegance that is unparalleled.“ 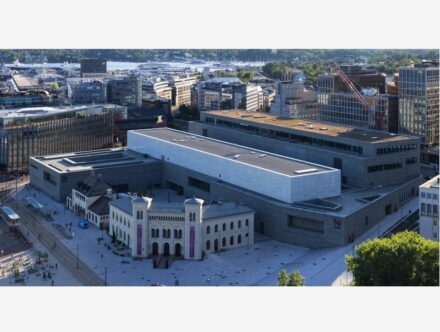 The prize winners in the Public Buildings category were the architects Klaus Schuwerk / Kleihues + Schuwerk for the new building of the National Museum of Art, Architecture and Design in Oslo. The jury praised how the museum fits into its surroundings with two historic station buildings and how the resulting piazzetta directs visitors into the museum. The facade of the building is made of local Oppdal quartzite in a wild composite, which gives calm and lightness to the large volume. On top of it is the so-called alabaster hall, which serves for temporary exhibitions. Translucent Estremoz marble from Portugal was used here, with glass as the supporting layer. The floor inside is covered with slabs of Crailsheim shell limestone from Germany. 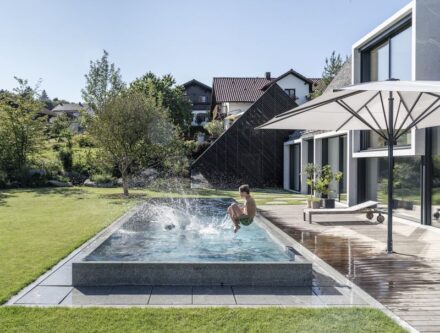 The prize in the category of single-family houses and villas went to Das Kusser Haus in Auerbach in the Bavarian Forest, which gives a modern interpretation to the old type of local Waidlerhäuser. The client is the Kusser company, which itself quarries the Tittlingen granite in the region. The stone is used here “in huge individual pieces,” as the description says. The architects came from the office of Peter Haimerl, Munich. 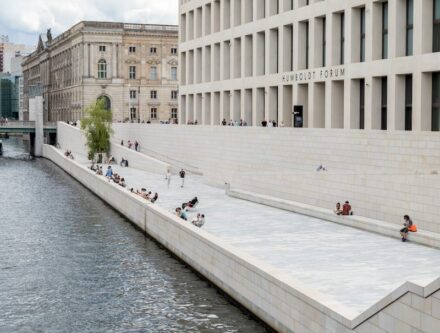 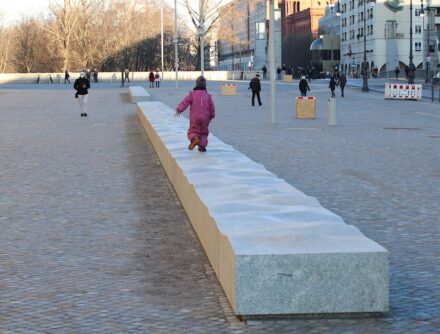 The prize in the Landscape Architecture and Open Space Design category went to bbz Landschaftsarchitekten for the design of the surroundings around the Humboldt Forum (City Palace) in Berlin. The jury praised how the architects combined “unagitated simplicity with convincing details.“ This refers to the colorful paving of reclaimed granite at the foot of the high walls of the palace, a long stone bench with hollows as seats on one side, and other ideas that the viewer only notices at second glance. The “subtly designed and implemented details“ made the urban space “less harsh, less Prussian austere” than was to be feared, writes the jury. 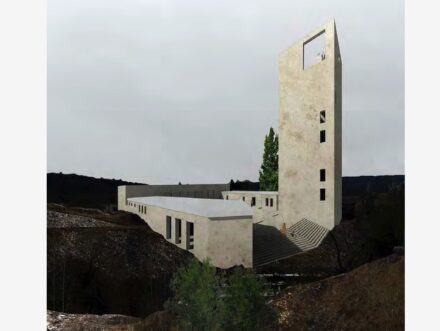 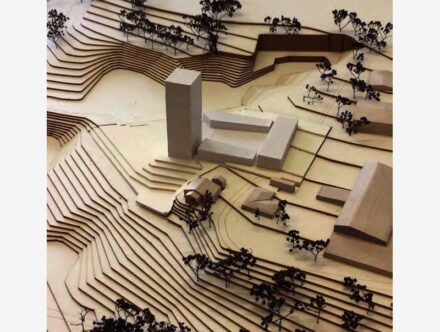 The award for student work was won by Paul Stampa for his concept for a “House of Stones“ in Mörnsheim. The building is intended to showcase the shell limestone industry from the Solnhofen region. The museum is located on a slope above the town and takes up the image of an old castle with a keep. Various aspects of the material can be seen on the building and in the presentations.

The winner in the fifth category, Building in Existing Contexts, was also the winner of the main prize.

The prize money per category is € 2500. The winner of the Natural Stone Award, selected from the category winners, will receive €5000. There is a fee of €200 for submissions (€100 each for two or more projects). Students pay nothing but receive the full prize money.

The quality of the total sixty-two works submitted was such that there were numerous recognitions. They are shown in the brochure after the winners.