Exhibition “Donatello: Inventor of the Renaissance“ until January 08, 2023, in the Gemäldegalerie at the Kulturforum in Berlin, and 2023 in London’s Victoria & Albert Museum 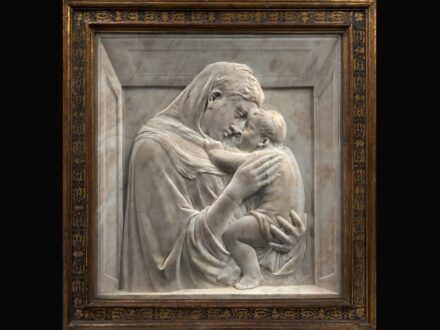 The Florentine sculptor was a versatile innovator with marble and bronze, and also with terracotta and stucco

Donatello is regarded as one of the founding fathers of the Italian Renaissance. The Florentine sculptor revolutionized the art of his day, his outstanding talent was recognized by his contemporaries, and renowned patrons vied to acquire his artworks. Now, a one-off collaboration between the Staatliche Museen zu Berlin, the Fondazione Palazzo Strozzi, Florence, the Musei del Bargello, Florence, and the Victoria & Albert Museum, London, sees the exhibition titled “Donatello: Inventor of the Renaissance“ in Berlin focused exclusively on the artist. Across 90 works, many of them key works from his oeuvre that have never before been shown together, a panorama emerges that sparks the realization that the story of Donatello is also the story of the Renaissance.

From February 11 to June 11, 2023, the Victoria & Albert Museum in London will host the same exhibition titled “Donatello: Sculpting the Renaissance.“ 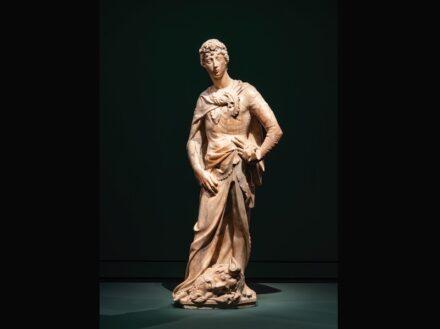 Donatello (ca. 1386–1466) was a versatile and pioneering force who experimented tirelessly with a range of different materials, new techniques, and innovative forms of aesthetic expression. He applied the forms of perspectival representation he had constructed using lines and vanishing points to the relief, and worked not only with marble and bronze, but also with terracotta and stucco. These materials had scarcely been used since antiquity and enjoyed renewed popularity during the Renaissance. A host of masterpieces attest to Donatello’s extraordinary levels of productivity and imagination, and constitute some of the major milestones of Italian Renaissance art.

The exhibition will showcase some of the sculptor’s major works outside Italy for the very first time. Among these are the marble statue David from the Museo Nazionale del Bargello, which was the young artist’s first masterpiece; the Amor Atys, one of Donatello’s most enigmatic creations; sections of the pulpit for the exterior façade of the Prato Cathedral, for which the artist shepherded his rapturous “little spirits” – referred to in his day as spiritelli – into an exuberant round dance. 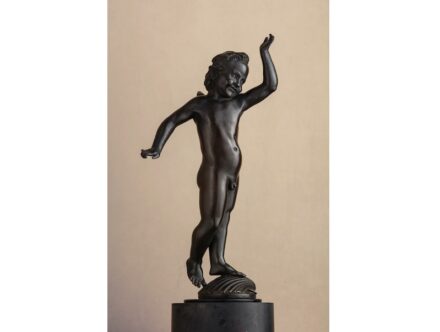 A centerpiece of the exhibition is the works that are on loan from the Basilica di Sant’Antonio in Padua. It was there in the 1440s that Donatello created a series of unique bronzes that still embellish the basilica’s main altar to this day. Thanks to the close cooperation between the partner institutions involved, we are able to exhibit these works outside Padua for the first time. It is now possible for people in Berlin to witness Donatello’s innovative methods of representing the human body and constructing perspective, as well as his invention of new visual motifs, thanks to these key works of Renaissance bronze casting.

Coinciding with this exhibition, the Donatello Room of the Bode-Museum on the Belin Museumsinsel will be displaying a series of recent-ly restored works from the master’s sculpture collection.

Gemäldegalerie, Berlin: “Donatello: Inventor of the Renaissance“, until January 08, 2023 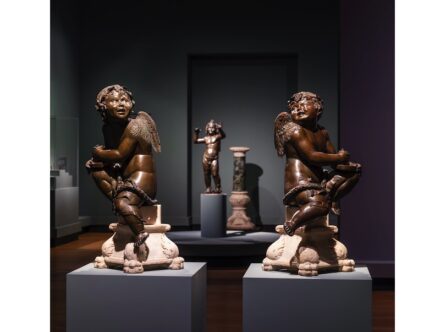