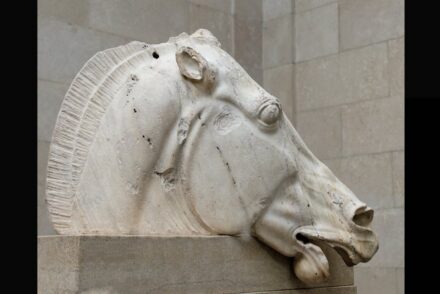 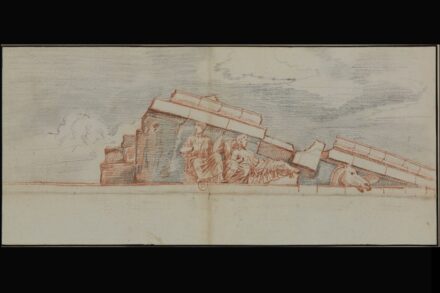 News from the Elgin marbles: A robot-made copy of the head of Selen’s horse in the British Museum is on show at the Freud museum in London. It was produced by the Institute of Digital Archaeology at the University of Oxford to facilitate the requested return of those precious antique sculptures to Greece. The Freud museum comments: “Britain’s stewardship of the Elgin Marbles embodies a psychologically complex story of obsession, possession, and assimilation — so far without a resolution. Might perfect copies, rendered in sacred Pentelic marble, suggest a possible path forward?“ The Artnet webpage tells the whole story (1, 2).

Indian Stone Association FIGSI is building two “Centers for Stone Excellence“, one in Jaipur, Rajasthan to cover the country’s West and North, and one in Hosur, Tamil Nadu, for the South. They shall boost craftsmanship and skills as well as technology and innovation.

The International Union of Geological Sciences (IUGS) announced its “First 100 IUGS Geological Heritage Sites“ during its 60th-anniversary celebration in Zumaia, Spain. This announcement will kick off an endeavor to designate iconic geological sites from around the world recognized by all geoscience communities.

Perseverance rover retrieves key rocky clues to Mars’ geologic and water history. After the return of rock samples to Earth in 2033, an analysis will answer questions about when water flowed on the planet.

The Guardian has published Five Walks through Wales capturing the power of its folklore and legends. One leads to “A stone circle older than Stonehenge“.

Camaraderie and craftsmanship were part of an all-women drystone-walling workshop in Vermont, described in Travel + Leisure magazine (1, 2).

Video of the month: British architect Mark Wilson Jones gave an interview to Italian Pibamarmi company. At Marmomac, he had created a reception stand using natural stone. The booth’s name was a play on words: “Pi Bar Marmi.“