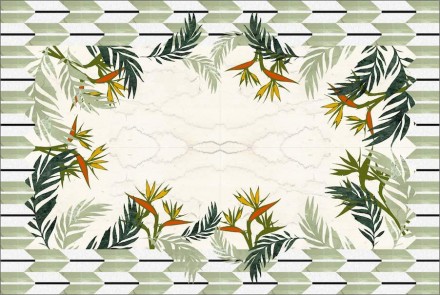 Citco Privé is the designer brand of Citco Company. This year’s Furniture Fair, which took place in Milan in April, was a sequel to last year’s collection: next to the 7 pieces presented in 2014, 10 more were added. Calling the pieces furniture would be a definite understatement – each one being a piece of art in stone in its own right. The exclusive nature stands in the foreground even if we are merely talking about a table and a sideboard. 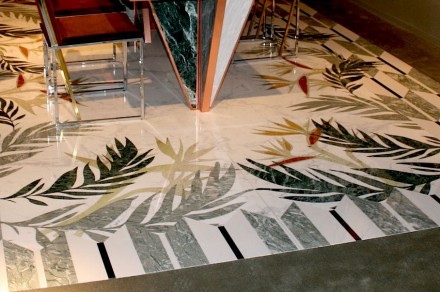 Outstanding inlay work is reflected in the stone carpets, „Sterlizia“ and „Radieuse“. In both, natural motifs are combined with geometric shapes, e.g. an exotic plant in the first example and a Peacock butterfly in the second. 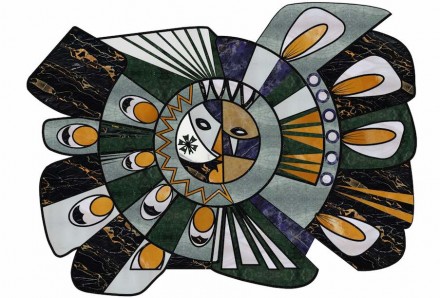 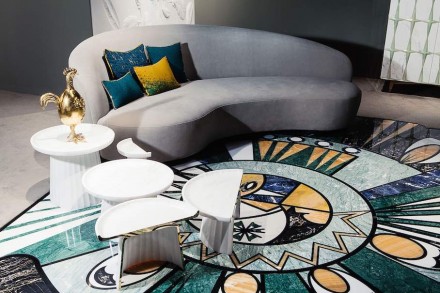 Both pieces come vibrantly alive by means of the rich colors of the polished stone. 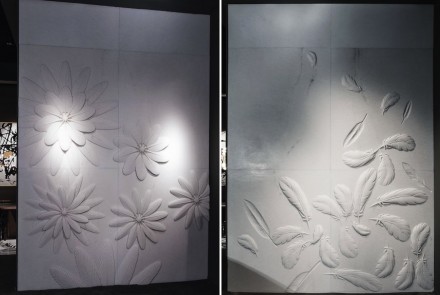 „Plume“ and „Plumage“, too, are taken from nature. However they are made but of one type of marble and therefore stand in sharp contrast to other pieces in the collection. 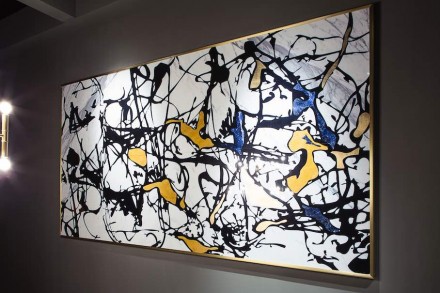 „Mess“ is the name of the mural – also worked in stone. 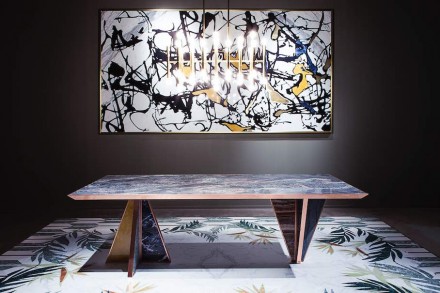 In the case of „Keope“ a copper table-leg of an added value – as is the case for the bookshelf by the name of „Giza“, named after the Egyptian pyramids. Brass was implemented for the other pieces. 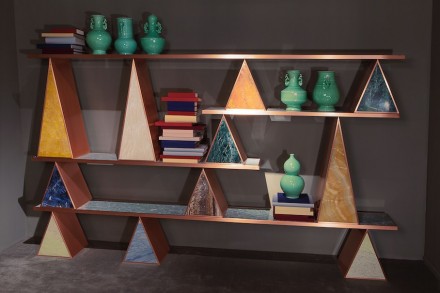 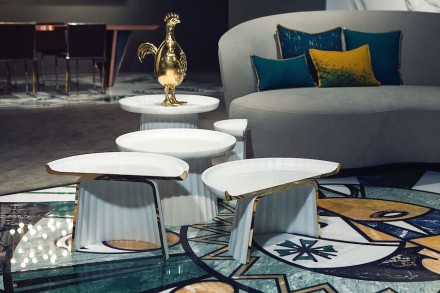 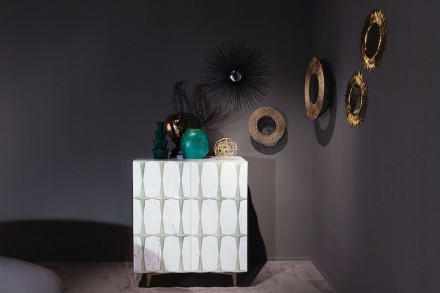 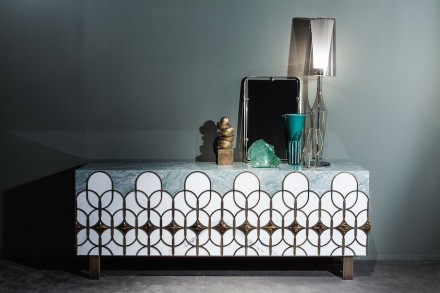