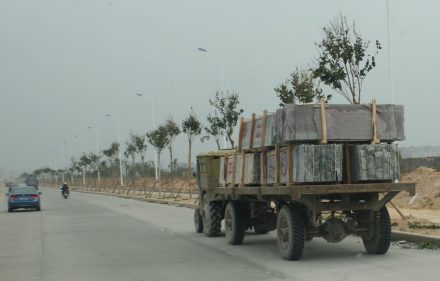 In the last years, Chinese governmental politics had shifted its focus from pure growth to modernizing the country’s economy. Part of these efforts e.g. for the stone sector were environmental laws and regulations for occupational safety and health. The China Stone Material Association (CSMIA) has provided us latest numbers about the measures taken by the authorities.

We had requested the association about rumors saying that in Fujian province all the quarries had been closed recently.

As the data show, the authorities have been taking serious measures: „Since 2011, in Fujian province around 1000 quarries and some 2000 factories were closed down“, CSMIA informs.

„Most of them had been operated without license, were of small scale, poorly equipped and caused serious pollution to the surrounding environment.“

And: they concerned companies „will not open up again.“

„The stone industry has to speed up upgrading and transformation“, CSMIA concludes.

CSMIA expects no impacts on the country’s exportation: Although Fujian province is number one in processing and shipping of natural stone, its share in quarrying of granites like G 603, G 623, G633 and G 664 „is rather small“.

„As there are substitutes found in China, it will not make much effect in market supply.“