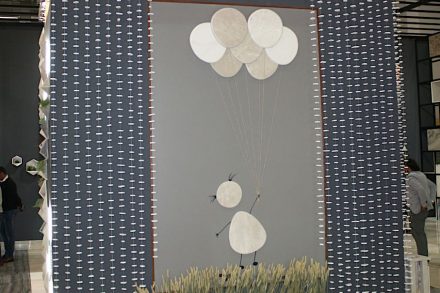 Aside from the focus on block stone exports, a few companies have established a reputation as „beacons“ for new ideas

„We play in the champions‘ league“, says Mevlüt Kaya in the opening ceremony of Marble in Izmir (March 28th – 31st 2018) full of confidence. With this the president of the natural stone section of the Aegean Mineral Exporters Association EIB means the branch itself as well as the Fair. And it’s true: the fair showed growth in all sectors in this, its 24th year, and Turkey once more jumped the magical 2-billion US-$ mark for exports after sustained weak showings.

But Izmir’s Marble Fair still falls well behind Verona’s Marmomacc and Xiamen’s Stone Fair. And to obtain a higher ranking, a truly international profile is needed (i.e.: single point of contact for Eastern Markets and the -tan States like Uzbekistan etc.).

And as far as the Turkish stone branch as such is concerned, it stagnates on 3rd world country levels! Most of the exports are chalked up to raw blocks. To draw a comparison, this is like exporters of crude oil who own the rights for exploitation but the big money is made by the chemical industry which turns crude into fuel or plastics.

Nevertheless Turkey is on the right path, very much so, in fact.

Just like the Fair itself, which achieved growth by investing in advertising and personnel for sales, the stone branch has shown its willingness to try new approaches. There was, e.g., a competition for young designers which culminated in a few marketable products. Even with regard to technology there was innovation hitherto not yet seen: 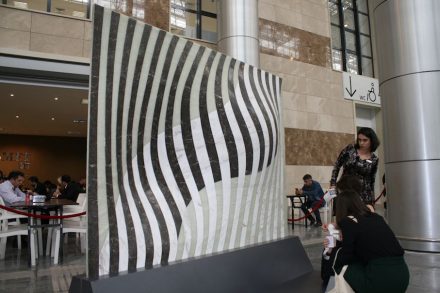 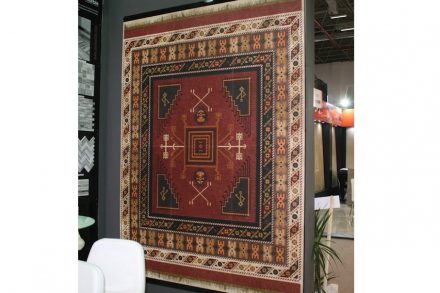 … another was a print on natural stone (Evo Marble Company). We will be reporting on these in upcoming editions. 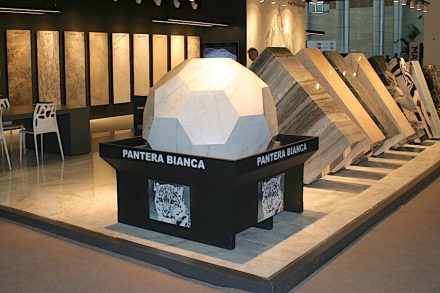 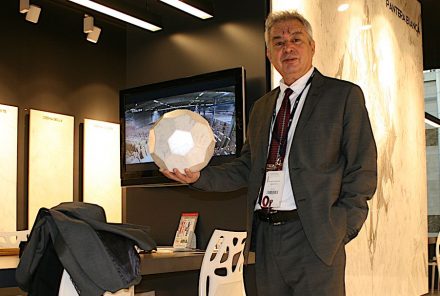 Innovative as well: White Panther Marble by Temmer Company who had laminated 5 mm thick stone to fiberglass backing. That, in itself, is nothing new. But cutting the slabs into pentagons and gluing them together to a ball requires a high degree of precision not freely available. The small version was a light as a soccer ball. The big version even floats.

In our digest we had pointed out that a handful of enterprises were presenting façade tiles with geometric design.

All this just goes to show that Turkey has experienced a quantum leap in the last decade. A few companies have taken on the role of „beacons“ showing others the way ahead.

We present photos of a few stands that caught our eye. Capturing the many typical several stories high design presentations at the Fair was more than our photographic skills allowed. 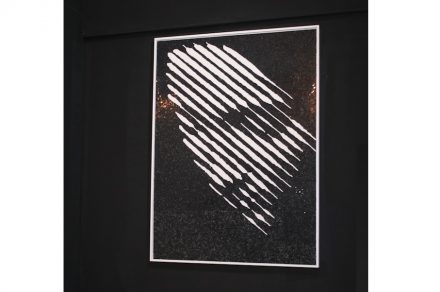 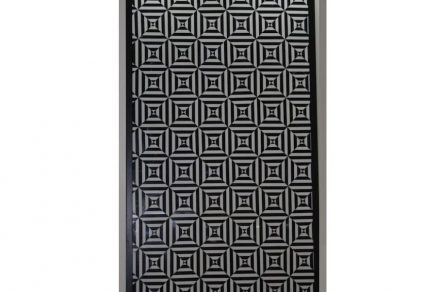 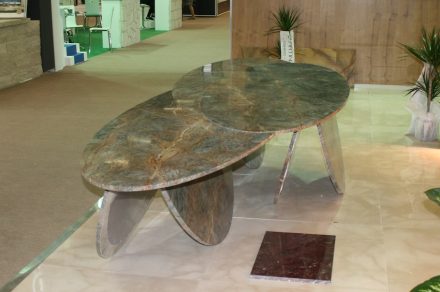 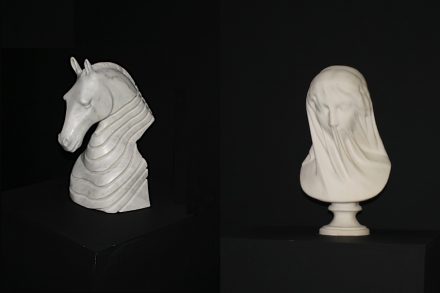 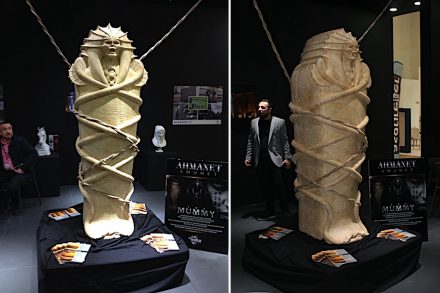 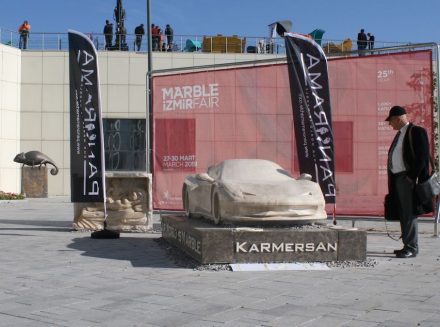 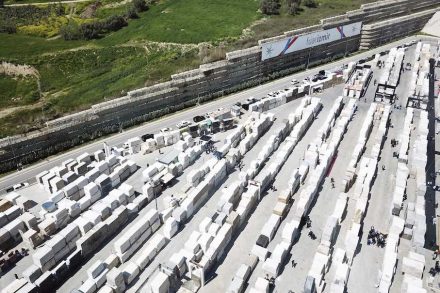 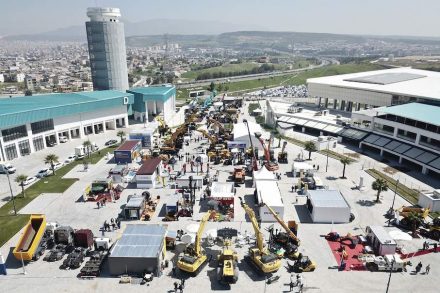