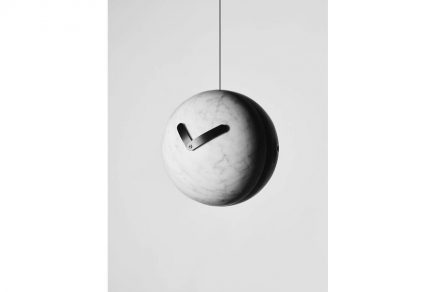 Marsotto LAB was the big innovation for Marsotto Edizioni 2018: the first collection was developed in cooperation with ECAL (École Cantonale d’Art de Lausanne): a series of exclusive clocks in marble cases for wall and table clocks.
A press release of the company reads: „Our passion for researching original solutions and new approaches to marble prompted us to widen our horizons“.

ECAL’s faculty of art and design is renowned for its cooperation in exclusive and prestigious brand names such as Alessi, Vacheron Constantin, Galeries Lafayette, and Hermès, to name but a few. 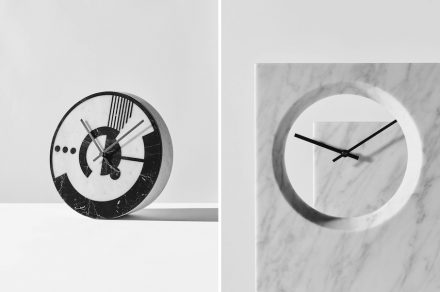 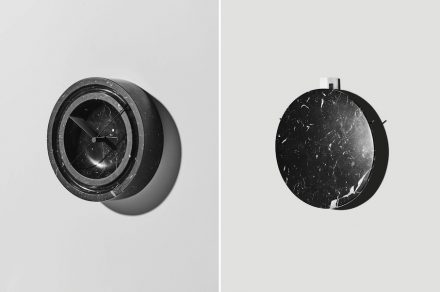 The clocks were drafted by students in the school’s master program for advanced studies in Design for Luxury & Craftsmanship under the auspices of designer Jaime Hayon, Valence. 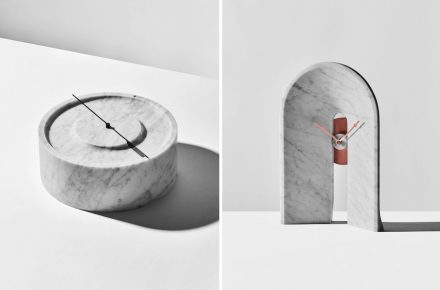 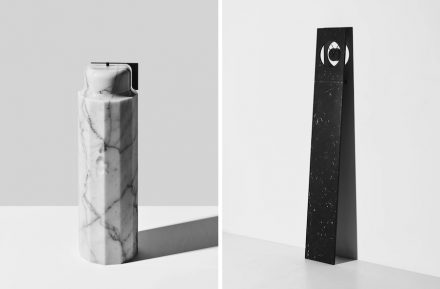 But first, Marsotto had acquainted the students with the stone in its production site in Bovolone near Verona. 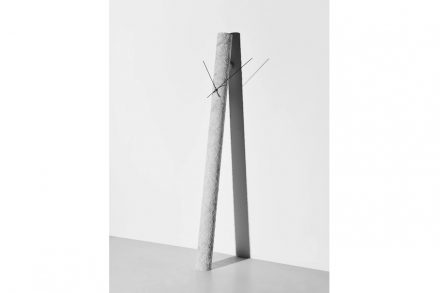 The prototypes were introduced in Milan’s city center during the Salone del Mobile Fair. Marsotto’s unusual presentations in the discrete surroundings of the via Bigli near the Milan Cathedral had made a reputation for itself and become an obligatory meeting point for connoisseurs of the design event. 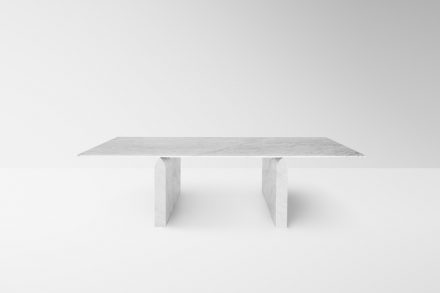 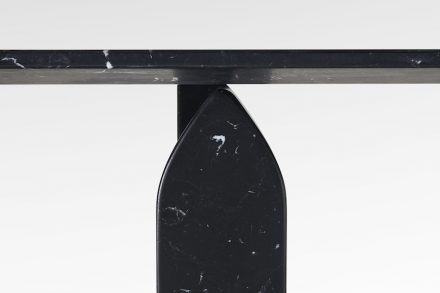 Next to the clocks, „Seasaw“ by designer Oki Sato of nendo Studio, Japan also celebrated its début. As the name implies, the table top seems to levitate, a trompe l’oeil created by table legs tapered at the top. 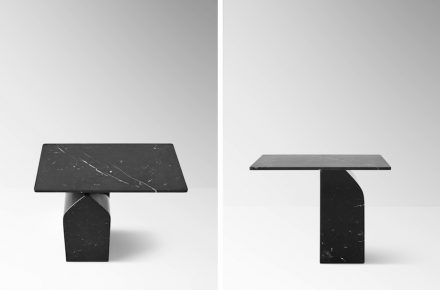 The table legs are vaguely reminiscent of skyscrapers. They seem to be equipped with a chimney stack, which, in combination with a cleverly concealed mounting for stability.

Marsotto Edizioni’s creations have morphed „Into Marble“ as the name of the installation implies: curator nendo Studio had placed the table in puddles of black marble. The surface ripples in the stone imply that there is something lurking below the surface: perhaps the objects had just emerged from the liquid and were making their way back to solid ground.

Metamorphosis is known from biology: the pollywog slowly grows out of its gills by the end of the summer and turns into a full-fledged amphibian with lungs and legs. Its tail, too, is reabsorbed; the caterpillar lives off plants until it retreats to its cocoon and emerges as a butterfly.

Marble, too, undergoes a type of metamorphosis over millions of years: in its former life, it had been, in fact, limestone. Shifting of the Earth’s tectonic plates slid the limestone inwards where it was under great pressure and heated by mere pressure of gravity and thus where the grains of the limestone recrystallized.

Oki Sato’s installation has stone furniture may be in the process of sinking into the depths to experience another metamorphosis.

To quote the Greek philosopher Heraklit: „panta rhei” (everything flows).