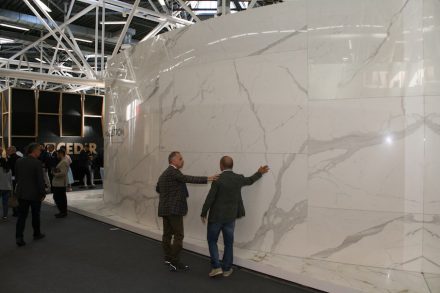 Two news items at this year’s Cersaie Trade Fair in Bologna (October 24th to 28th 2018) merit the stone branch’s attention: the curved over-sized tiles at one stand and the water-based ink now on offer by several vendors.

But first the facts and figures of the Cersaie International Exhibition of Ceramic Tile and Bathroom Furnishings which takes place concurrently with Marmomac: 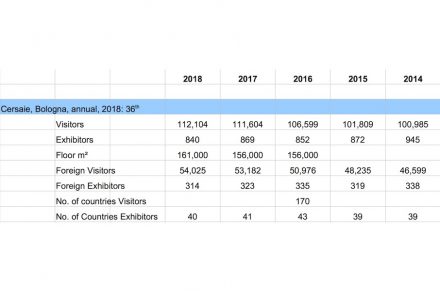 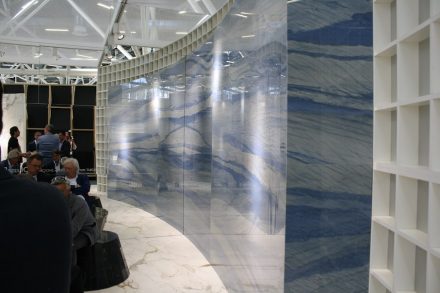 Ariostea’s oversized curved tiles were nothing less than impressive. The company had showed prototypes already last year. This year the technology seems to have graduated. Tiles measuring 3 m in a strength of 6 mm are feasible. To achieve this, special plastics are added to the ceramic sludge, as we haeard at the Ariostea booth. The tiles are formed under pressure without extra heat.

Under the name „Maelstrom“ the stand plays on Norwegian Moskstraumen, a system of tidal whirlpools, which caught the fascination of authors the likes of Edgar Allan Poe and Jules Verne. Architect Marco Porpora wanted to convey the feeling that the tile could wrap itself around visitors like an eddy.

The other important novelty was the introduction of water-based ink for ceramic ink-jet printers after some two years of R&D. The development was the answer to complaints of odors and emissions by those living near ceramic factories. Torrecid Company of Spain is one of the forerunners of the eco-friendly technology. „Sustainable products define our future“, as Torrecid Company’s Jose Nacher told us. 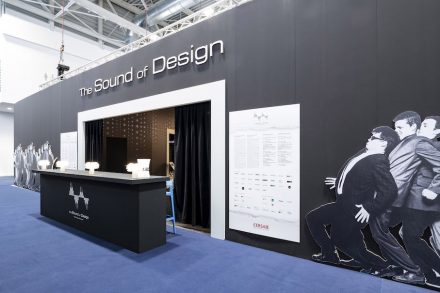 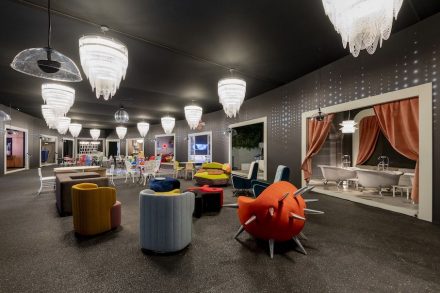 For the past 5 years, Cersaie has entertained a joint exhibition in Hall 30 along the lines of the Italian Stone Theatre of Marmomac but somewhat more humble and addressed at the middle class. This year’s exhibit bore the title „The Sound of Design“. 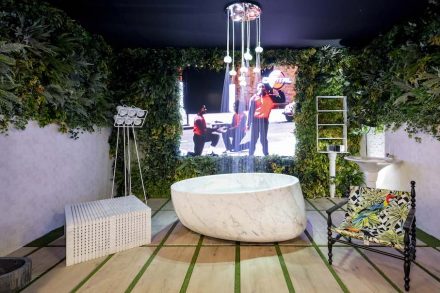 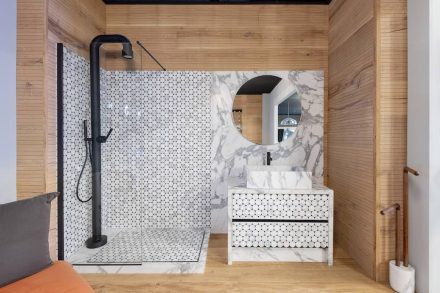 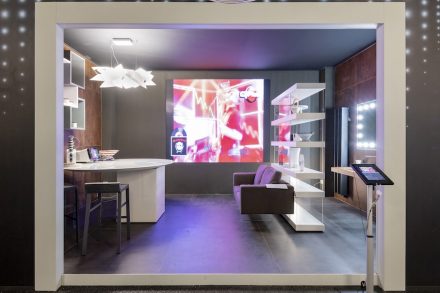 Curators Angelo Dall’Aglio and Davide Vercelli had set scenes to correspond to songs of the ’70 and ’80 in a series of bays with décor and ambiance to correspond to the times. „Contract furnishing” was the guiding line.

The focus was not solely on ceramics. Some of the coves were decorated with stone objects.

Hall 22 of the Cersaie Fair includes an area where selected vendors may present competing material such as wood or natural stone. The Fair’s aim is to present the full gamut to architects and interior decorators.

But, as the Fair’s organizers stipulate, only the selected best of the trade may present non-ceramic wares.

We show some of the stands that drew our attention. 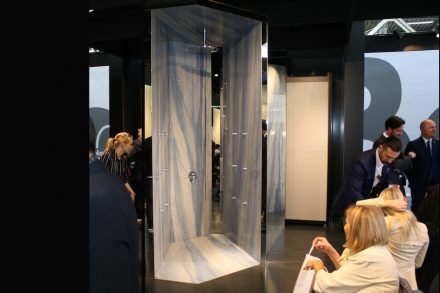 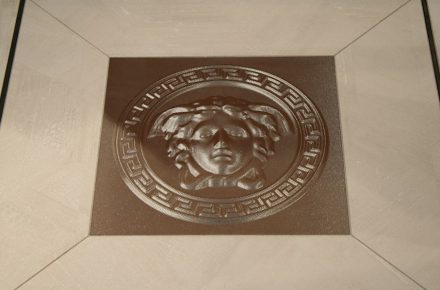 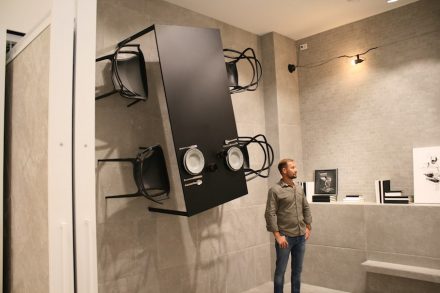 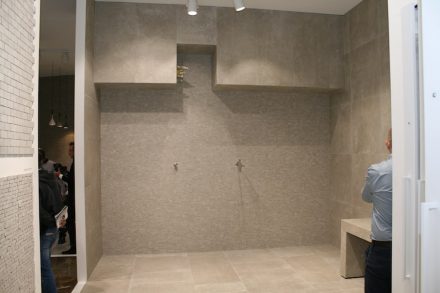 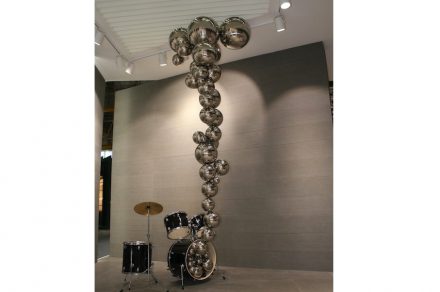