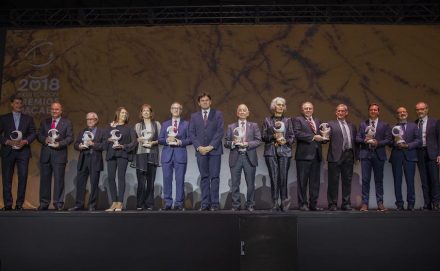 Antonio Sánchez, the organization’s President, underscored the importance of this prestigious award for the entire stone branch both with respect to value added enhancement and its high standard of evaluation, „fulfilling the highest requirements of quality and professionalism, both in the execution and customer service”, he expounded: „the award winners personify Macael Marble’s role as an international leader in challenging projects.” 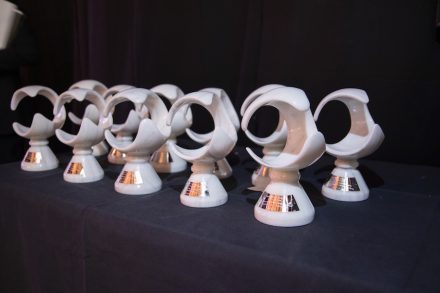 The prize is granted in various categories. We present the award-winning projects and individuals. The descriptions originate from the organizer.

But first some facts and figures regarding AEMA exports and company employees. 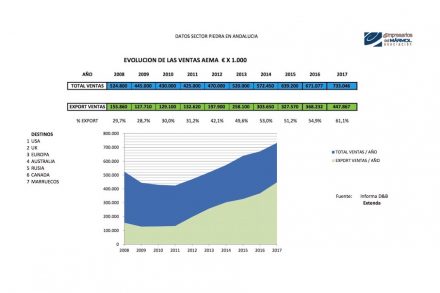 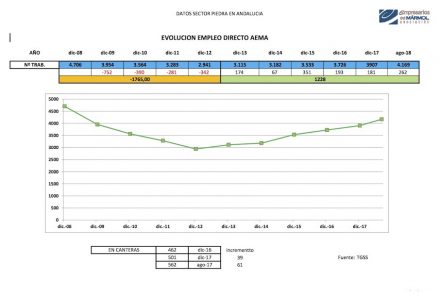 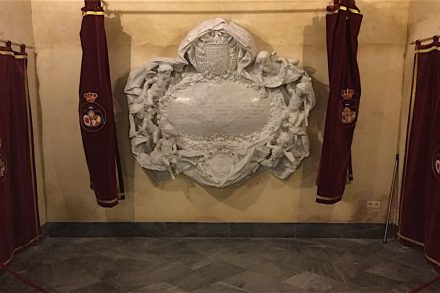 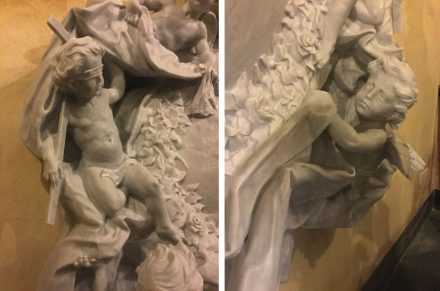 National Award: Sculptor José Antonio Navarro Arteaga, Funeral Monument to Mrs. Cayetana de Alba. The Jury grants the National Award to Mr. JOSÉ ANTONIO NAVARRO ARTEAGA, recognized Sculptor, national and international, awarded by the work FUNERAL MONUMENT TO MRS. CAYETANA DE ALBA, placed in the Sanctuary of Our Father Jesus of Health and Our Lady of Sorrows Crowned, Seville. The monument, oval in shape, consists of several decorative elements. The right side collects the mystical and religious part of Mrs. Cayetana and the left side, encompasses her passions. The shield of the House of Alba is visualized in the upper central part, that of the Brotherhood of Our Father Jesus of Health, in the lower one, and a flowers garland, symbol of the eternal spring of Seville and the Duchess youthful character, surrounds the central oval with the funerary inscription. Over the garland, six angels appear, a number that coincides with that of children she had, his great passion, which carry symbols describing her personality and idiosyncrasy. 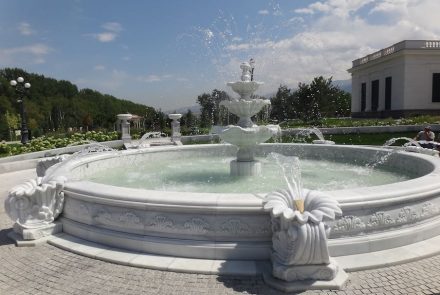 Award for the work in Marble Blanco Macael: Set of architectural elements of landscape in private mansion, Asia. The Jury grants the Award to the Work in ‘Blanco Macael’ marble to the SET OF ARCHITECTURAL ELEMENTS OF LANDSCAPE IN PRIVATE MANSION built in Asia, which houses a main fountain and is surrounded by decorative elements of BLANCO MACAEL. The work of landscaping is a geometric set where everything starts with a ‘Blanco Macael’ marble fountain, with honed finish, 10 meters in diameter and 2.70 high, as the main element. The fountain is composed of three carved waterfalls, with three unique designs, a pond, formed by 220 units of different thicknesses of curved pieces, carved and molded in its entire perimeter, accompanied by eight sculpted and carved jets shaped like a shell. The geometrical layout of the project is adorned by 20 planters with carved scrolls of 90 centimeters in diameters designed specifically for this work. 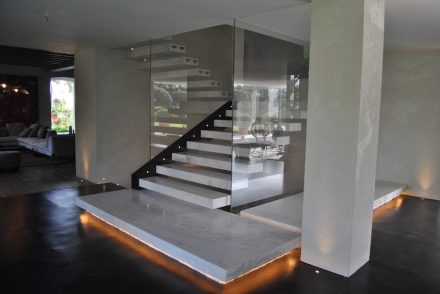 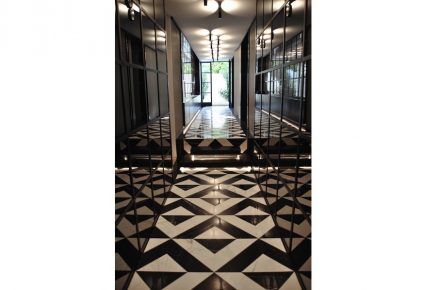 Design Award: Design Center in Marbella, Málaga, Spain. The Jury grants the Design Award to the DESING CENTER building, located in MARBELLA, on the so-called Golden Mile, designed by the Architect Ms. Graciela Leanza. The building itself is a center that provides design services, having used, in its construction, different marbles such as Negro Marquina, Travertino Real and Blanco Nébula for flooring, cladding, floating steps and bathrooms. It has achieved a building of great beauty, modern and elegant with true success when combining the stones, taking from them the best of their characteristics and colors. 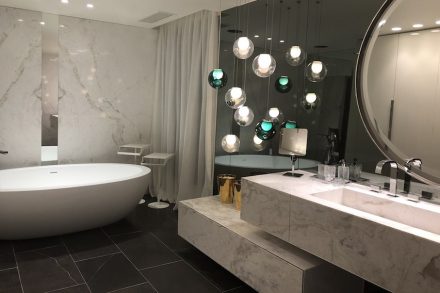 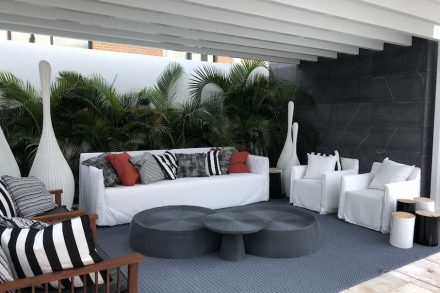 International Award Africa: private Villa in Angola. The Jury grants the International Award for Africa, to the PRIVATE VILLA, located in ANGOLA designed by the Interior Designer Mr. JAVIER MARTÍN, having used, for its construction, 1,500 square meters of different marbles such as Blanco Nébula, Negro Ébano and Travertino Real in floors, coatings and bathrooms. The final result is that of a luxury home where marbles have been successfully combined. 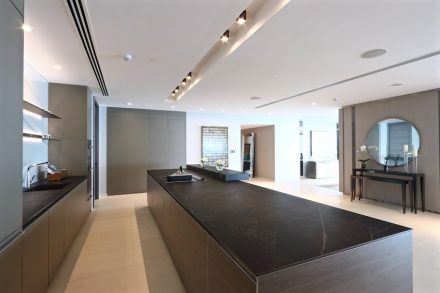 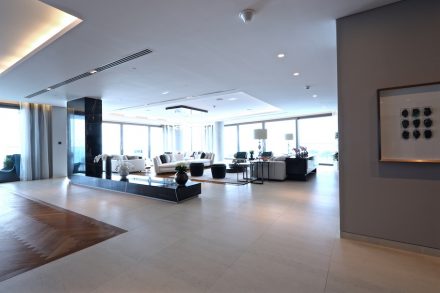 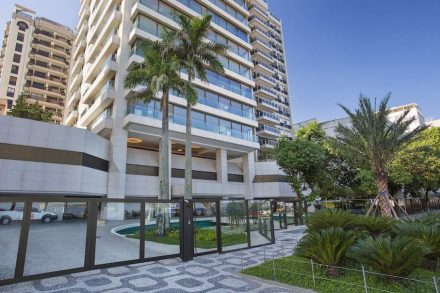 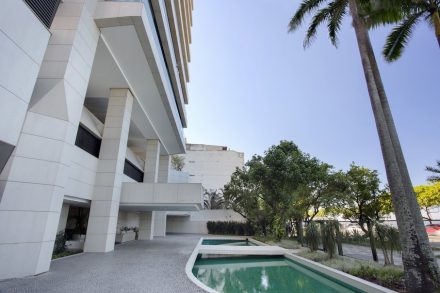 International Award Latin America: Cap Ferrat Building, Rio de Janeiro. The Jury grants the International Award for Latin America to the CAP FERRAT BUILDING, in Rio de Janeiro, located on the exclusive Vieira Souto Avenue of IPANEMA, with 15,000 square meters built on its 20 floors, whose facade has been remodeled by the Studio Di Filippo Arquitectura, which has opted for the Dekton product in its Danae cream tone, for its lightness of weight and its optimal behavior against marine erosion, as well as for its similarity to the tone of the beach sand. 3,800 square meters of different formats have been used, with pieces of 3.20 x 1.44 square meters and a thickness of 12 millimeters, with a novel anchoring system. 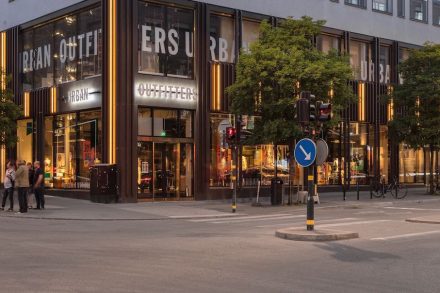 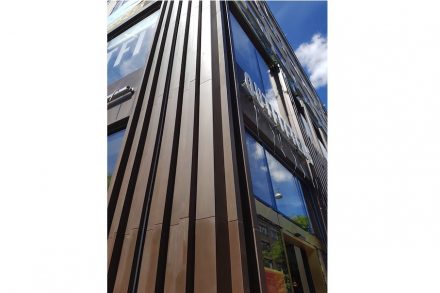 International Award Europe: Grävlingen Building Stockholm, Sweden. The Jury grants the International Awards for Europe to the GRÄVLINGEN BUILDING, located in the City of Stockholm, SWEDEN, whose Promoter is the AMF Company, and the Architects the Equator Studio, Jana Becker and Judit Erkkonen Bergdahl. The facade has been made with 2,000 linear meters of slats and 500 square meters of 12 millimeters thick panels of Dekton Keranium material, mixed with led lights. The building presents a different aesthetic during the day and night. The lights become protagonists at night and, surprisingly, during the day the tonality of the façade changes due to the natural light and the shadows that are achieved through the slats. The result is an innovative vertical facade profiled with a strong personality and avant-garde style. 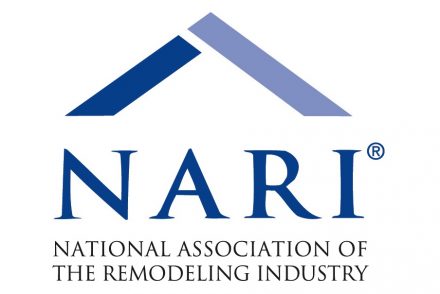 International Award North America: The National Association for the Remodelling Industry (NARI), USA. The Jury grants the International Award for North America to THE NATIONAL ASSOCIATION OF THE REMODELING INDUSTRY, with Headquarters in Illinois, created in 1935, with fifty-two divisions throughout the country and with members in forty-nine states. NARI is an organization of remodeling professionals for high-quality residentials and landmark buildings in the United States, whose members are committed to integrity, high standards, professional education and ethics. It is also a platform for promotion and a powerful source of industrial intelligence, connecting professionals with consumers, using marble and compact surfaces regularly in their activity. 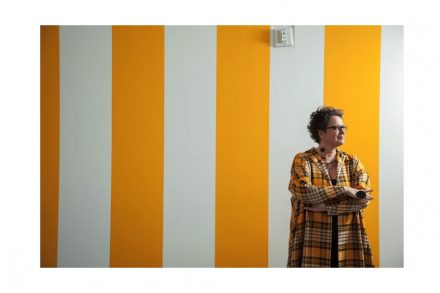 Communication Award: Cindy Allen, Editor-in-chief „Interior Design“ magazine, USA. The Jury grants the Communication Award, to CINDY ALLEN, Editor in Chief of the prestigious American design magazine INTERIOR DESIGN, a world reference in the world of design, which shows constant support to both, established and emerging designers, continuously promoting the marbles and compact surfaces on their pages. 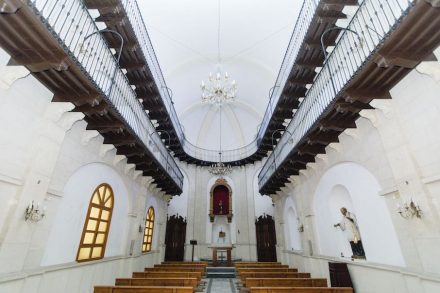 Institution Award: Provincial Deputy of Almeria and Ministry of Culture (Government of Spain). The Jury grants the Institution Award to the PROVINCIAL DEPUTY OF ALMERÍA AND THE MINISTRY OF CULTURE OF THE GOVERNMENT OF SPAIN, jointly, to have been able to interpret the necessary and indispensable cooperation of both administrations in the rehabilitation of what is now called ALMERIA PROVINCIAL HOSPITAL. This building of the XVI Century, jewel of the historical and cultural heritage of the province of Almeria, which has had the financial support of the Ministry of Development, will become a first level cultural center, built with Macael marbles that will contribute, as in so many other monumental buildings, to give nobility and prestige to the final result that this architectural group will have.