„Functional sculptures“ is a small but exclusive market for natural stone 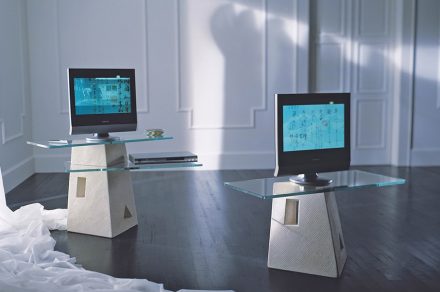 „Functional sculptures“ is a small but exclusive market for natural stone

The objects which are hermaphrodites: part art and part product design, are both aesthetically pleasing and, at least to a certain degree, useful

In the past we often criticized natural stone designers for their knack to create extravagant and spectacular but non-functional items. Such objects are not product design because they do not serve their purpose and they are not art because they align too closely with the household object they are meant to emulate. Now the term „functional sculptures“ crops up and talk is of „sculptures for daily life“.

For the stone branch this is a topic of some interest.

In theory, „functional sculptures“ stand between art and design: on the one hand their focus is on form and appearance. On the other hand, they live up to the expectations of household use in everyday life.

The gamut of examples is large. Here are but a few: take the table „Anazasi“ by Laboratorio del Marmo of Italy (Grassi Pietre). Photo top. The collection bears the name „Scultura Contemporanea“ (contemporary sculpture). 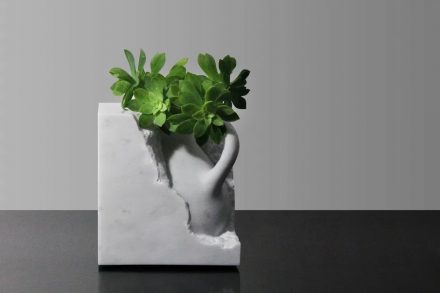 Or the vase „Svelata“ by Moreno Ratti for Matter of Stuff Company. Actually, way too heavy for the purpose but certainly artistically to the point.

A glance at the history of natural stone design will show that this type of work is not new. In fact, much of what has been brought to themarket as stone design in the recent past could fit into the category of hermaphroditic design. 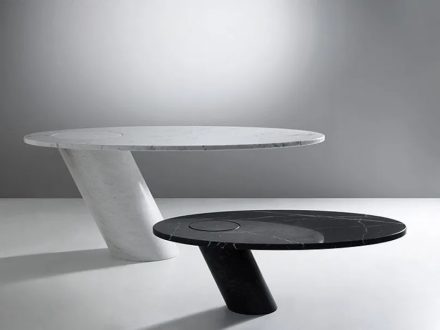 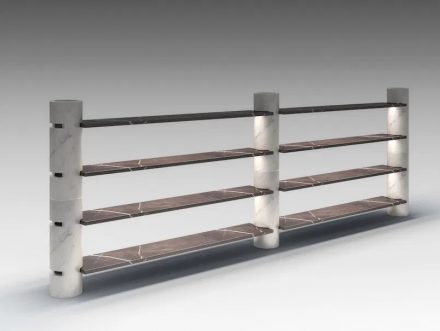 The most famous example are the works by Angelo Mangiarotti, who is considered the father of stone design. A look at his table „Eccentrico“ and his shelf „Loico“ shows that they are too massive for the purpose they serve: the table in the big version weighs more than 300 kg and one post of the bookshelf alone has 45 kg, one shelf 57 kg.

But they are convincing in shape and artistic inspiration.

Note that Mangiarotti himself plays a double role in his professional life: a product designer first but a later a sculptor with passion.

Another example are massif stone bathtubs. They often demonstrate eccentric design ideas and have high decorative value. But they are less suited for the designated role. This is because designers never think of integrating a heating element to pre-warm the behemoth stone receptacles often weighing more than 1 t and bringing them to bathwater temperature. 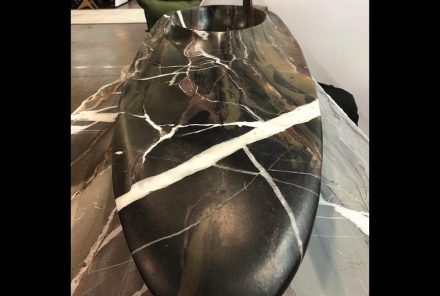 Sinks are less problematic. We show work by Brazilian designerLudson Zampirolli.Here, too, the stone is not conducive to functionality. It is merely décor, but it makes the object interesting for certain classes of buyers.

Let us formulate a few observations:
* „Functional sculptures“ are generally priced well above objects made of other materials;
* they are not mass produced;
* from the vantage point of the stone producer, there is no worth because they do not increase the demand for stone. But from the point of view of marketing they are ambassadors for the material because they can be shown both at fairs and on the designer scene.

Finally: next to functional sculptures, real art or real product design there is still a 4th category – fun objects.

Their distinguishing factor is that simply another material was substituted by natural stone – and that is the joke. In these cases, natural stone is a fish out of water, so to say.
The function of such objects is to surprise and make the users laugh. 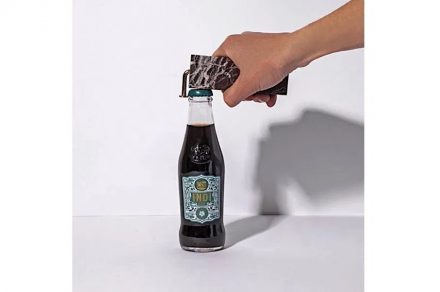 E.g. the bottle opener made of natural stone by StoneLabDesign. The customers’ expectations are addressed in two ways: first, such tools are usually improvised on the building site where a piece of wood and a nail serve the purpose – the more primitive, the cooler for the end-of-workday beer. Second: the stone version is durable and works very well indeed. 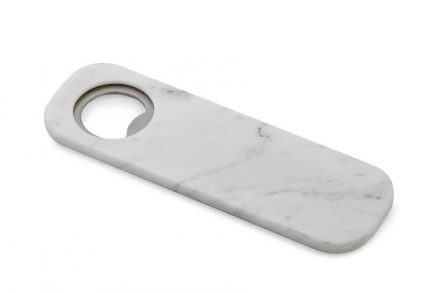 Of course, normal stone bottle openers are already on the market, e.g.: by Pietre di Monitillo.