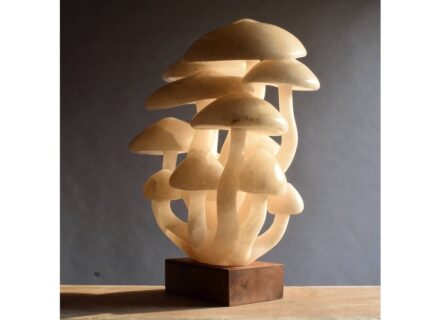 Unusual objects from nature have been chosen by Ben Russell for his stone sculptures: they are cacti, fungi, and roots, sometimes in the format of potted plants and sometimes as pieces weighing half a ton. As materials he uses alabaster, travertine, onyx, Italian marble, and English Portland limestone. The stones offer him many possibilities to design the surfaces of his objects in such a way that they sometimes literally glow in the sunlight.

When he has a rough block of stone in front of him, his goal is not to carve an object according to his ideas. Rather, the work develops as soon as he gets started: “I often change my mind during this process and the work can differ greatly from the idea I started out with,“ he writes on his homepage. 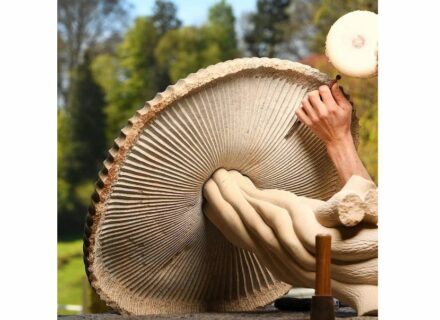 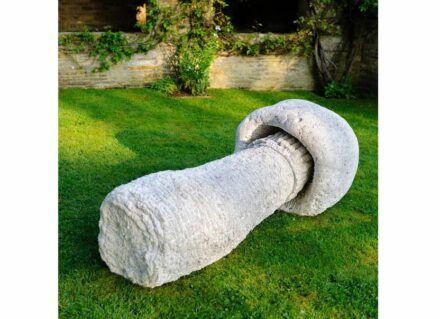 Nevertheless, his fungi in particular show tremendous attention to detail, for example when he designs the lamellae under the cap of those hybrid beings with characteristics of both plant and animal. He likes to counter the seriousness with which he goes about this with self-ironic comments in his blog: there he shows a photo of the highly poisonous toadstools and thinks that a bite of their flesh could perhaps serve as inspiration for this motif.

In fact, shamans used to use the mushroom as an intoxicant, because in the right dosage it can trigger a powerful ecstasy. 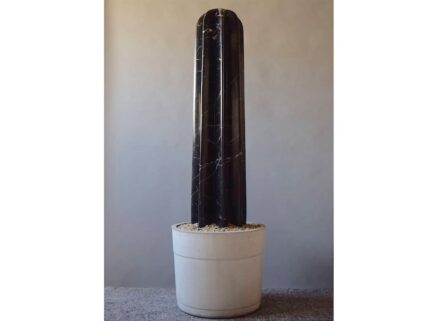 Ben Russel grew up in the English county of Dorsett. There one inevitably lives amidst stone and greenery: a large stretch of the coast along the English Channel has been declared a World Heritage Site because of its geological peculiarities, and the hinterland is very humid, so that all dead wood there is quickly colonized and decomposed by sometimes very decorative species of fungi.

Russell qualified as a stonemason specializing in restoration and then stayed in London, where he carried out work on the Tower and Parliament, for example. He has received several awards for his work, including the prestigious Duke of Gloucester Award in 2012. 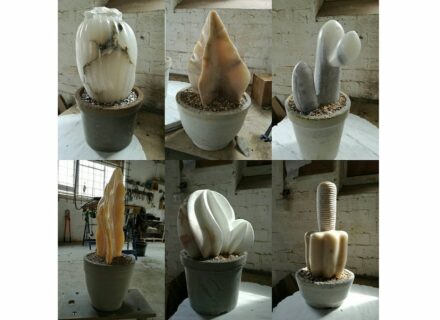 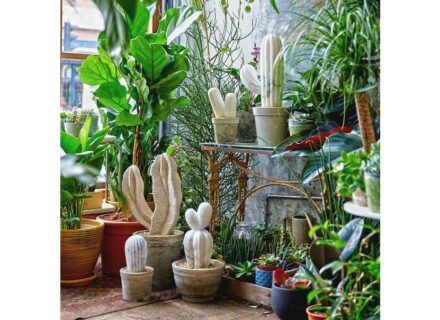 In 2017 he stopped this activity and went back to the country. There he now has a workshop and, in addition to a wide range of customer orders, also creates the plants and mushrooms mentioned above. The works have been exhibited many times, for example in stores for cacti or, for some years now, at the OnForm sales show at Asthall Manor not far from Oxford.

On his webpage he describes the advantages of being an artist compared to permanent employment: “I no longer work from models or maquettes and choose instead to carve directly into the stone with only an idea in my head to guide me“. 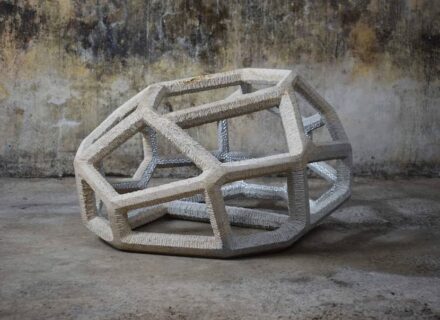 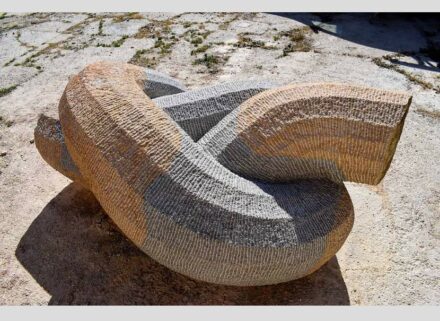 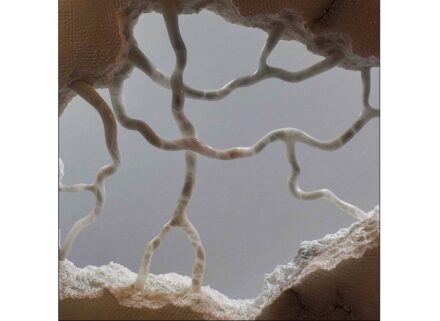 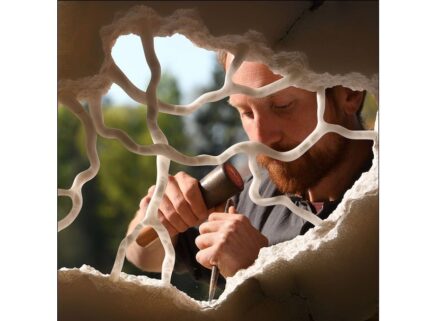