The limestone floor tiles bring the Mediterranean lifestyle to a terrace 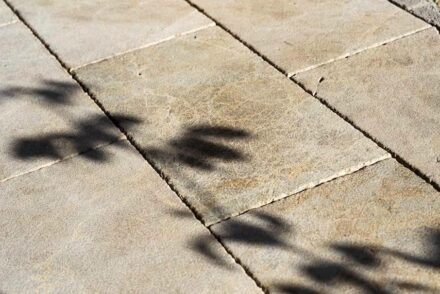 The Spanish company Rosal Stones wants to bring the feeling of life around the Mediterranean to private terraces or public places with its limestone slabs. The limestone Abadía Rosal conveys a feeling of warmth and sunshine. The surfaces here are artificially aged by hand – which is also fitting, given that early European history developed around the sea.

The stone is characterized by a special hardness. 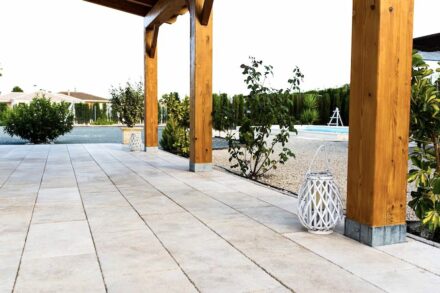 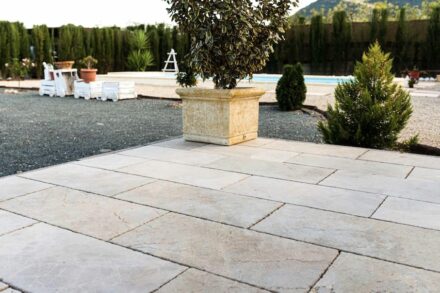 It is available in shades ranging from yellow to ocher to beige, which are typical of down-to-earth living around the Mediterranean (the white of marble stands for wealth and luxury). In sunlight, the natural stone really begins to shine; situations when the wind makes the shadows of trees dance across the ground are particularly charming.

The Rosal Stones company is characterized by a creative approach to its sandstones and limestones, and so there are numerous treatments for the surfaces. Here it is hand aging, where the edges are broken, for example. This gives the impression that a floor covering has been in use for an exceptionally long time – “vintage“ is the name given to the effect in furniture making. 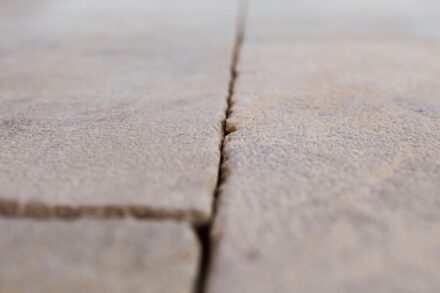 Rosal Stones is a sandstone and limestone producer from Spain’s Murcia province. Located not far from the Mediterranean coast, the company has “The Mediterranean at home“ as slogan by this telling its customers how its stones accompanied Iberian culture during centuries and may embellish private living still today. As said on the webpage: “Important for us is to respect the stone and to show responsibility and humility towards history and culture as we are only bearers of that civilization.“ 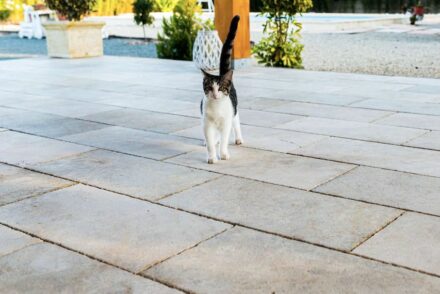