The new extension for the Kunsthaus Zürich is clear and simple on the outside, but surprisingly diverse on the inside 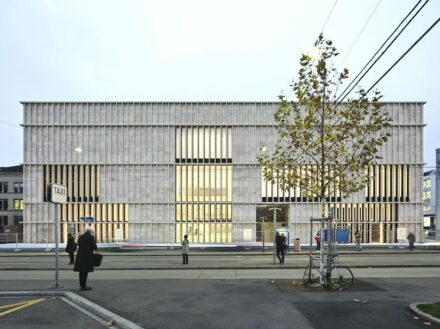 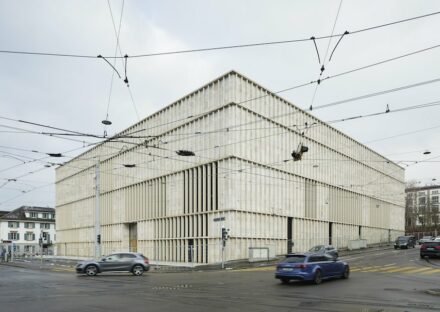 Clear and simple from the outside, the new extension for the Kunsthaus in Zurich is surprisingly diverse on the inside. The materials play an important role: natural stone characterizes the facade, while the interior is dominated by exposed concrete complemented by wood and brass.

It is remarkable how the architects of the David Chipperfield firm have dealt with the materials in detail. For example, the Liesberg Jura limestone from Switzerland was not used for the cladding of the exterior facades in the form of the usual curtain panels. Rather, it is stacked from the ground. 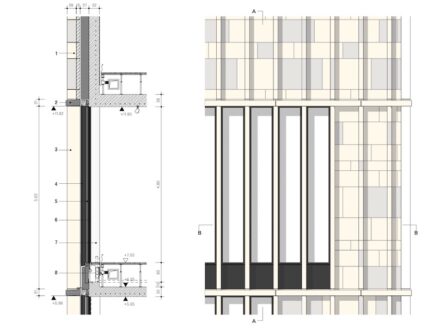 Lesenes (pilaster strips) in the façade give the cube a clear rhythm. This lively façade design distinguishes the new building from the old one opposite (Moser Building), which dates from 1910 and shows the style of the time. It bears Bollinger sandstone on the façade. 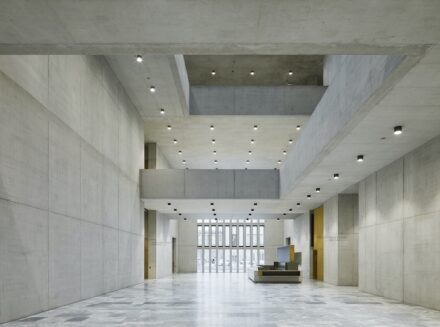 Another detail: there is marble on the floor of the old building, and this also appears in the new extension. Actually, the architects had planned to use the stone to create an unmistakable connection between old and new, across the street, in that this Krastal marble flows out of the old building, so to speak, leads across Heimplatz with its stops for the streetcar, and then virtually enters the extension building.

However, this was not realized – though the redesign of Heimplatz is still pending. 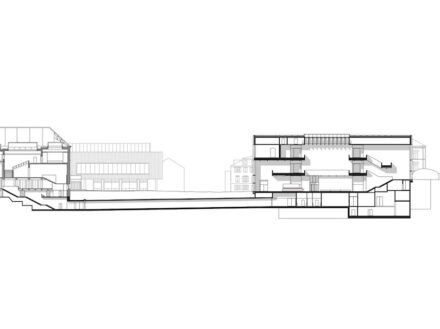 But an underground connection of the two buildings was realized. In the tunnel there you can find the marble as flooring.

The architects explicitly wanted a connection between art inside and the city outside. The invitation to tender for the international competition already stated that the city, as the client, did not want an exclusive temple for the arts but rather a place for casual passers-by as well. 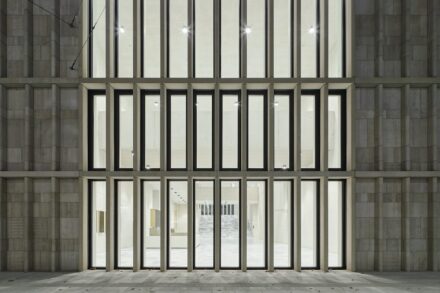 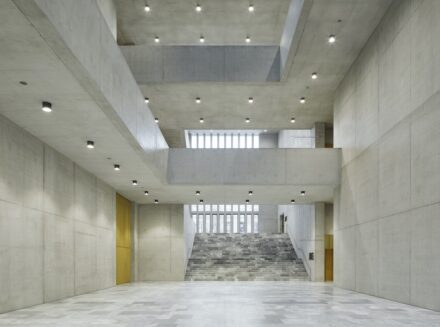 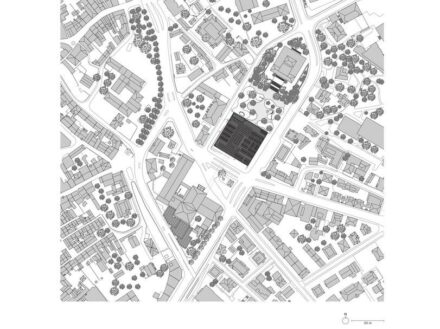 This is another reason why the first floor in the extension has a striking design: it runs openly from front to back through the building and visually continues even further behind it, namely uphill through the “Garden of Art“ to the historic cantonal school, another building with a striking natural stone façade.

The first floor with the service areas as well as a café and a bar can be entered without an admission ticket to the museum. 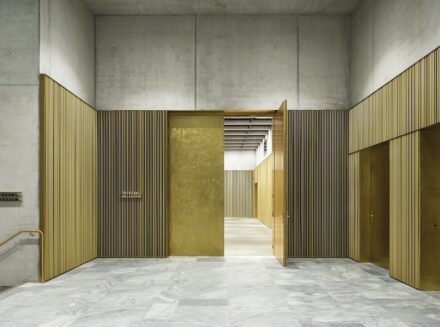 The two upper floors are available for exhibitions of contemporary art. There are rooms with different sizes, so that the objects can also be staged differently. Uniform is the oak parquet on the floor with a warm aura and likewise the cool exposed concrete on the walls. 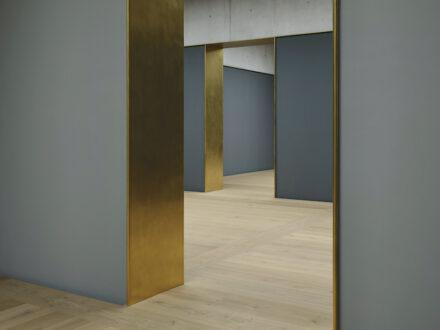 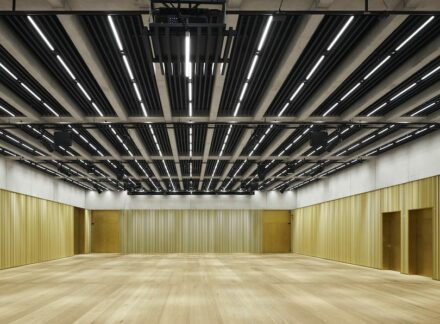 The designers have played with brass: individual passages are clad with it (the noise protection is hidden behind it); the large hall has tubes made of this metal as wall cladding. 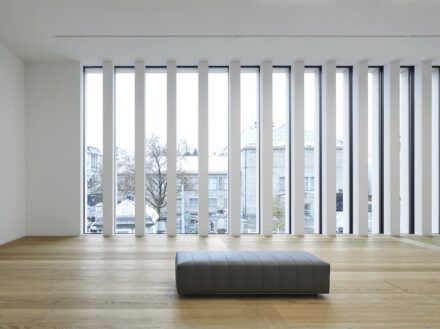 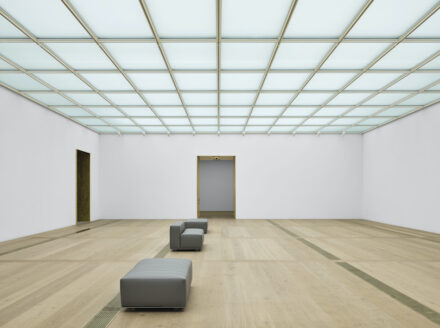 As far as possible, the architects used floor-to-ceiling windows or skylights to bring daylight into the rooms. The reason for this was not only to make the building an open experience from the inside, but also to reduce energy consumption for lighting.

The specifications were rigorous in terms of the building’s carbon footprint, both from its construction and operation. We mention some aspects:
* in favor of natural stone as a facade cladding spoke its eco-balance;
* 90% of the concrete is made of recycled material, which was a special requirement for an exposed concrete;
* a special cement helped to achieve low CO2 values;
* thermoactivated elements were used to reduce the burden of air conditioning – which is absolutely necessary: this is a system of pipes in the walls that brings cold from underground under the Garden of the Arts into the rooms in summer and, conversely, makes the summer heat stored underground usable again in winter;
* Photovoltaics on the roofs.

“In this way, the building produces around 10% of its own electricity consumption. The other 90% comes exclusively from Swiss hydropower plants. The energy needs of the Kunsthaus extension are thus met entirely from renewable sources,“ according to a presentation by the architects.

With the extension, the Kunsthaus has almost doubled its exhibition space. Previously, only about 10% of the works could be shown. Now, art from the 1960s onward will be shown here in particular. “In addition, the new house offers space for performances, installations and works from non-European cultures,“ write the museum makers. In this way, they also want to show how the different genres of art relate to each other.

The Swiss company Staudtcarrera AG supplied the Liesberg Jura limestone for the facades and the cast stone for the pilaster strips in front of the windows and for the cornices.

Lauster Steinbau Company provided the Krastal Marble for the flooring.