First competition for natural stone design in Sweden: how to sell even the leftover pieces from production 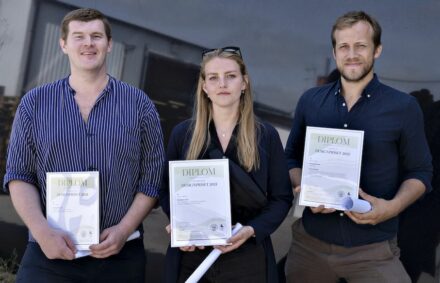 The federation as initiator had kept the students from pompous ideas, which are not marketable

There is pleasing news about product design with natural stone from Sweden: there the natural stone association Sveriges Stenindustriförbund had announced a design competition among students for the first time this year, and one of the results was immediately ground-breaking. The winning object is an innovative combination of waste and material.

The competition was held in collaboration with the Faculty of Product Design at Malmö University. Participants were students enrolled in material-driven Design.

As usual in such competitions, the association had presented the local natural stones to those interested and explained their special features. But what was unusual was that the students were also confronted with leftover pieces from the processing of the stones. 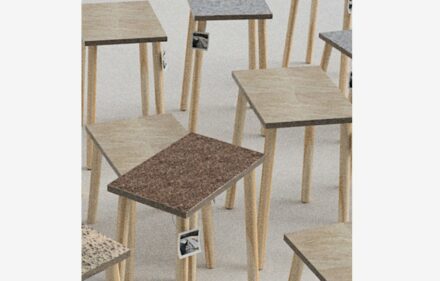 The call for entries had explicitly stated that the students should find ideas for the use of such waste.

This led to an unusual idea, at least in the case of Peder Nilsson, a student in his final semester – whereby it is not the product as such that is unusual, but the concept surrounding it. 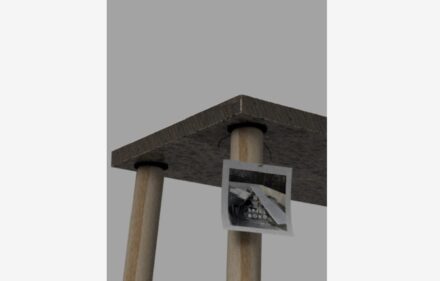 The carpenter, who was trained by trade, processed the leftover pieces from cutting kitchen countertops into side tables. He designed the feet of the tables in wood.

The innovative aspect of this is that a customer who buys a kitchen worktop should also receive an offer from the stonemason to have such a side table made from the leftover piece.

The business idea is convincing: firstly, the waste from the processing goes to the customer, and secondly, the stonemason can sell an additional work service with it. Peder Nilsson speaks of a “bonus in the matching stone“.

An example of how the idea could be taken further: if a stone company has laid marble in the entrance area of a hotel, it can offer the hotelier to use the offcuts to decorate the bus stop in front of the hotel.

In other words, a stone company that keeps the waste from a project in its workshop has done something wrong from an entrepreneurial point of view. According to Peder Nilsson, the fact that the offcuts come in different thicknesses depending on the project can be compensated for by different angles for the drill holes for the feet. 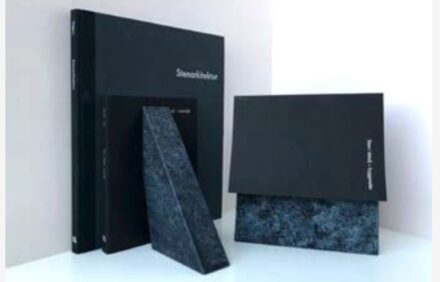 Two other prizes were awarded: Alissa Nyberg developed a support for the book board that can also be a bookmark. 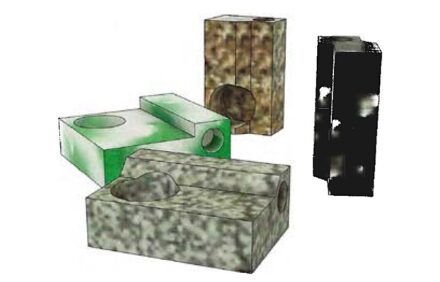 Enes Musa developed a set of candlesticks in 4 parts combined in one object.

The jury was composed of Kai Marklin, president of the association, Peter Willebrand, editor-in-chief of the association’s magazine “Sten“, and designers Jenni and Andreas Kullaro, known for their objects made of diabase (see link below).

The reason for the remarkable result of this competition is perhaps that the tender had emphasized very much the use of leftover pieces from the very beginning. This kept the students from attempting large casts that would end up being very heavy and therefore impossible to sell.

The result is also remarkable in that the Swedish association has interpreted the issue of material fairness in the direction of honesty: while the stone industry usually sings endless praises of its material, among other things because it is millions of years old and 100% natural, in practice the companies do not treat it with much respect.

Incidentally, this also applies to sculptors who, from a large raw block, end up leaving nothing but a big pile of stone chips next to their sculpture. And the work is not always really worth the effort.