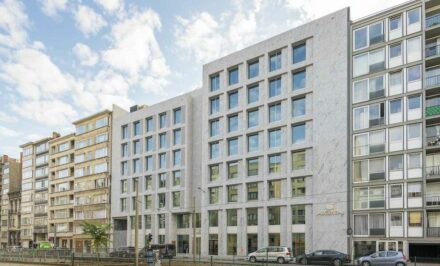 It’s hard to believe: the two façades at the top center of the picture belong to the headquarters of a bank, namely Argenta with the address Belgiëlei 49-53 in Antwerp, Belgium. What is striking is how restrained the architects from studio Emmanuel Lenders & Partners have designed the front of the 2 buildings and integrated them into the surrounding residential buildings.

Calmness characterizes the architectural design, clarity, and restriction to the necessary determine the formal language. The natural stone as cladding adds the expression of value and permanence.

This reflects the history of the location: Argenta Bank opened its first office at the same site some 65 years ago. Since then, it has grown considerably, which insiders can again see from the fact that the left part of the facade was added.

The real economic potency of the family-owned company can be seen behind the façades on Belgiëlei: there, the bank’s new “campus“ stretches in a narrow strip over two blocks to the second cross street. The total budget for the construction project from 2018 to 2021 was €110 million, in which all the departments previously scattered across the city were brought together in one place. 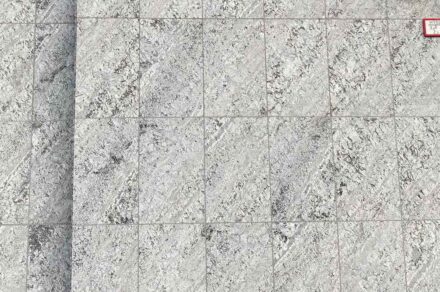 In the buildings on the “campus,“ of course, all the modern thinking has been implemented: there are flexible workstations instead of fixed offices, the facility is easily accessible by public transport, there is a pecuniary incentive for bicycle use, energy conservation is one of the leitmotifs for the operation of the buildings.

As for the building materials, the aim was to keep the ecological footprint low. Thus, on the street façade, the architects opted for Lennon granite, which the Spanish company Levantina extracts in Brazil.

What convinced them about the stone was not only its unobtrusive appearance, but also the special feature of this granite: the Lennon shows striking lines, untypical for this type of stone.

The architects attached importance to using these for the façade design. Thus, diagonal strokes run across the stone slabs. They bring movement and relief to the repetitive grid of the punctuated façade. 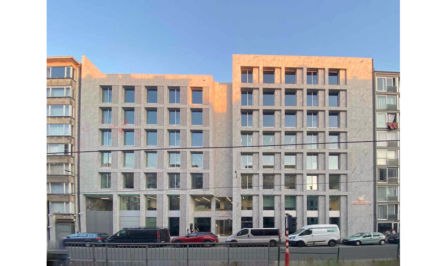 A special effect is created by the vertical stripes along the windows in the left part of the façade. They are, so to speak, the relief version of the same panels on the right side. We will discuss them in more detail in a separate text from our “Stone Detail“ series:
https://www.stone-ideas.com/92364/vertical-lines-in-the-granite-facade-cladding/. 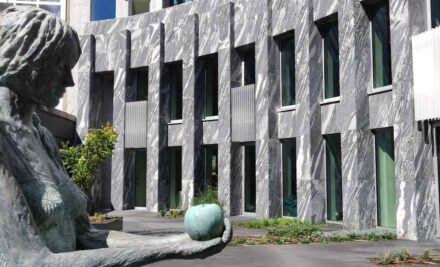 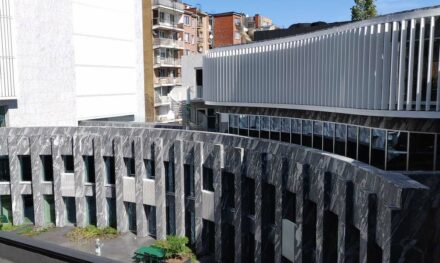 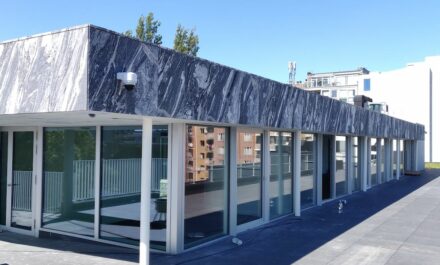 In the courtyard behind the façade on Belgiëlei another remarkable building was erected. It is a cafeteria with a rest area. Its façade has a fresh swing. It is clad in natural stone, again a granite from Brazil, but this time the stone is called Cheyenne.

Its strong white veins on a dark background can be understood as a call for innovative ideas and creative thinking.

The installation of the natural stone was the responsibility of the company Opus Marble.