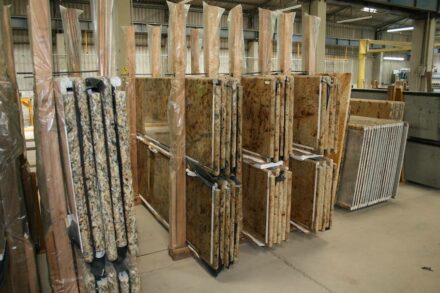 Natural stone is the most popular material for kitchen countertops among Swedes, a survey has shown: 41% of the 1070 respondents expressed a preference for this material. For wood it was only 20%, for coated boards 9%, for composite materials 8%, and for ceramics only 2%. Other materials accounted for 3%, and 17% of respondents answered, “don’t know.“

Thus, the February 2022 study commissioned by the Sveriges Stenindustriförbund (Swedish Natural Stone Association) confirmed previous findings from the country’s major kitchen manufacturers. The results can be applied – at least to a large extent – to the other countries in Western Europe.

Among the findings, 3 stand out:
* among 18- to 29-year-olds, natural stone was the preferred material for as many as 51%. “This shows that the demand for stone will continue to be high in future, because many of the young people surveyed do not yet have their own home,“ says association head Kai Marklin;
* in the large cities and metropolitan regions, natural stone even reached 46% instead of the usual 41%. According to Marklin, this shows that the kitchen has become a status symbol among city dwellers and that the countertop plays a special role: “Many citizens want to put a personal stamp on the kitchen,“ he knows;
* which is why more and more customers are also showing interest in unusual types of stone that they are not familiar with from home.

Already in December 2021, the association had asked 1042 consumers about their assessment of environmentally friendly materials. For 86%, wood was a good ecological choice, for 56% natural stone. Other materials followed far behind: glass came in at 20%, concrete at 17%, steel at 14%, and plastic at 3%.

Details from that study:
* Households with increasing income and older age gave natural stone better scores than those with less disposable money and younger;
* while men tended to give good environmental scores to all materials, women appeared more informed.

Kai Marklin had stressed at the time that his association did not intend the survey to denigrate other building materials. “We wanted to get a picture of how natural stone stands with consumers,“ he said. He saw the positive results for the industry as a yield of his own work: “The surveys show that we are getting across with our message.“

In the summer of 2021, the member companies of the association had committed themselves to operate in a climate-neutral manner by 2029.