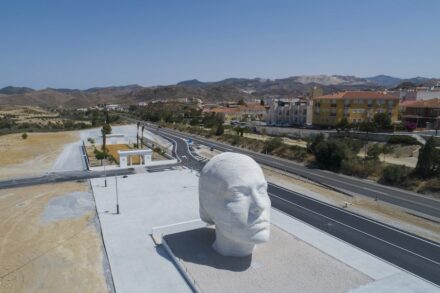 In the middle of the southern Spanish regions of Granada and Murcia and right in the heart of Almería’s marble region, the sculpture “Mujer del Almanzora“ (Woman from Almanzora) represents a gorgeous example of Spanish Realism. The enormous head of a woman by the recognized painter and sculptor Antonio López grows up from the Earth and looks at the sun. Made of Blanco Macael marble, 8 m high and 230 t heavy, it is the biggest marble sculpture in Spain. It means a fertility symbol for the artist and, as it has been thought, exclusively, for the region of Almería, it is also an allegory of this area where natural stone is the main source of development.

The sculpture, installed in 2019 and inspired by Greek art, has an ancient soul and, at the same time, it represents the modern times dominated by technology and innovation. Its manufacturing process in marble was carried out by CNC machinery after a scan of a bronze model in bronze. Iit took 5 months to create and install it.

In total, 86 blocks of Blanco Macael marble make up the sculpture. All of them are extracted from the quarries of Cosentino company and were carved in Cuéllar Arquitectura del Mármol, a natural stone producer and supplier company. The artist, Antonio López, selected them personally.
The blocks of 6.5 t each hang from a metallic structure composed of a scheme of double-layered rings and meshes between them, on which the elements capable of supporting them were designed. 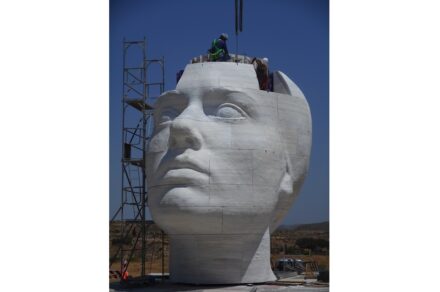 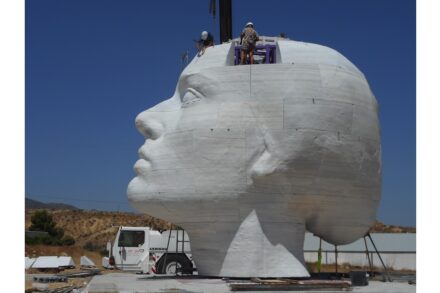 This metallic structure rests on the basement floor, from where a steel log emerges that goes outside without touching the edges of the hole through which it passes. This architectural solution is a seismic damper design.

The next step was designing the anchoring system of each block, with the difficulty that some would be suspended and others fixed laterally and cantilevered. In addition to the carved outer surface the blocks were lightened internally.

In so far, each piece is a sculpture by itself and, consequently, the machine was working for 4 days without interruption in some cases.
The last part of the work process was the assembly of all the metal structure modules and the installation of the marble blocks in their place. The blocks‘ placement had to follow a pre-established order to prevent unexpected deformations in the structure. 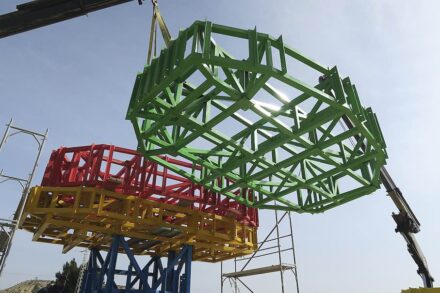 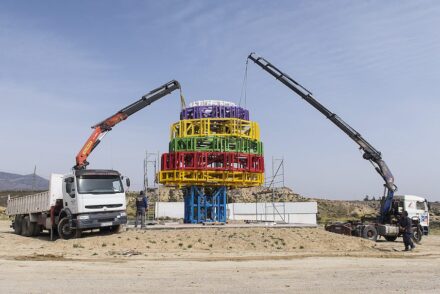 The Mujer del Almanzora is located in front of the Ibáñez Museum in the town of Olula del Río, Almería, Spain. It is visitable inside and houses an underground exhibition room about the artwork.

The creation is part of a trilogy of the artist and has already become a symbol for the marble region and its productive capacity. It was made possible by an altruistic collaboration between professionals and companies like Cosentino, Cuéllar, the architect Ángel Ibáñez, the engineer Mitxel Zubillaga and the sculptor Antonio López. 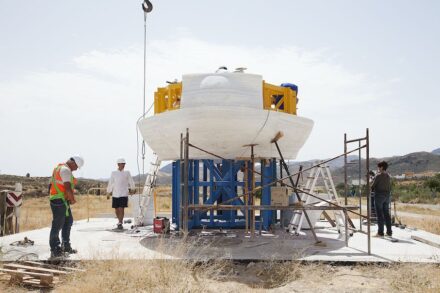 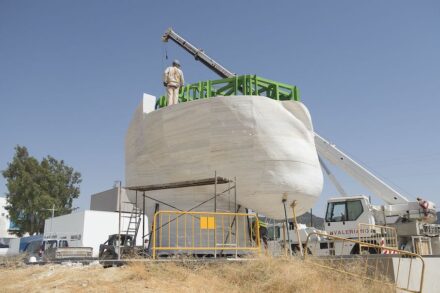 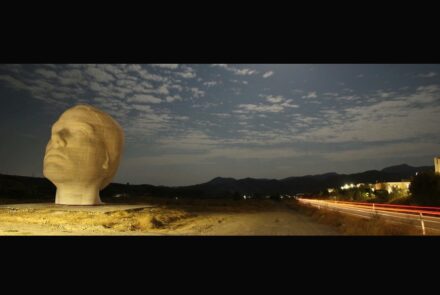