Euroroc General Assembly at Marmomac 2022: central issues among companies across Europe are high energy costs and shortage of skilled workers 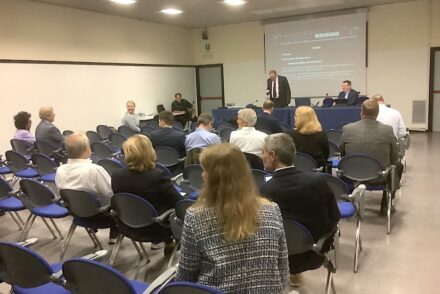 It was “like coming together for a family reunion,” commented Sini Laine from the Finnish natural stone association KIVI on this year’s General Assembly of Euroroc members. And indeed, at Marmomac 2022, this impression of a meeting among confidants was particularly strong: not only that they could finally greet each other again without a pandemic in the back of their minds and mask in front of their mouths and noses, but also because all the representatives of the national associations had the same problems to report: high energy costs and a shortage of skilled workers.

Euroroc is the umbrella organization of the national natural stone organizations in Europe. It currently has 17 members, including Switzerland and Turkey, which are not members of the EU.

At the beginning, Hermann Graser, old and new Euroroc president and in the same function at the German association DNV, outlined the economic situation of the industry. In times of expensive energy, quarry extraction is comparatively well off compared to the manufacturing costs of ceramics, engineered stone or quartz composites, he said.

Consequently, he sees opportunities for the stone sector despite the energy crisis, but also urged that it needs to communicate the ecological strengths of its material all the more to consumers. In this context, he pleaded for a minimum of cohesion: in their competition “the companies should not compare natural stone with natural stone, but their natural stones with the other materials.”

As an example of how the “green“ strength of stone can be vividly conveyed, he referred to the old cities in Europe: in the ancient buildings, the long durability of the stones and consequently the efficient use of energy in extraction and application are vividly demonstrated.

In general, he said, looking back on many occasions shows that the circular economy was practiced long before the modern age.

He stated that the prospects for indigenous materials were particularly good.

Matt Robb of the Stone Federation Great Britain addressed the social compatibility of the extraction and processing of natural stone in a presentation of the Ethical Stone Register, which the federation launched in 2016. It has different levels, starts with a self-declaration of the companies and goes over 2 further levels (Verification, Accreditation) to fact checks on the conditions on site. 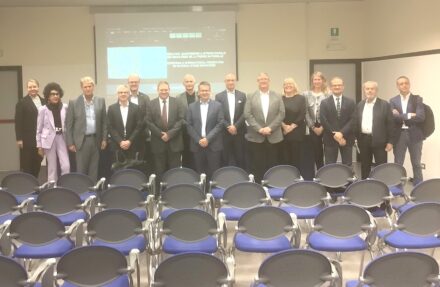 There was agreement among the participants at the General Assembly about the serious shortage not only of skilled workers but also of young talent in general, which is affecting the entire branch. Partly, this staff problem results from the fact that the professions and the career opportunities are not considered appealing to public, partly it is simply due to demographic change.

In this context, at EU level, the “Inclusive Stone” project is taking place, about which Reiner Krug from the German association reported: the aim is to attract disadvantaged and older people to work in the stone sector. The reason for this is that physically demanding work has largely been replaced by activities on CNC machines or in the office. The first step in the project is to identify suitable areas in the companies and then develop learning materials for them.

The initiator of such projects is the Spanish Centro Technológica del Mármol, which has the know-how to land such initiatives in Brussels. It is always important that there are participants from different countries.

On the shortage of skilled workers, Sini Laine from Finland summed up the different efforts: “We’re trying to make the industry attractive.“ In her home country – as elsewhere – there is the problem that despite good demand, many small businesses disappear from the market when the boss reaches retirement age.

In the U.K., that’s why the association has launched the “Talent Connection”, which is a Web page for recruitment agencies. Another initiative uses experienced employees as mentors for newcomers.

Also discussed was the lack of concrete about what the stone consumers want. On the one hand, they admire the beauty of the material, the role it has played in the history of mankind, or the patina it acquires over the years. But on the other hand, what qualities are they willing to spend money on?

Kai Marklin, president of the Swedish Sveriges Stenindustriförbund, presented the results of the three consumer studies his association has conducted so far, and Reiner Krug from the German association gave an insight into the results of his survey.